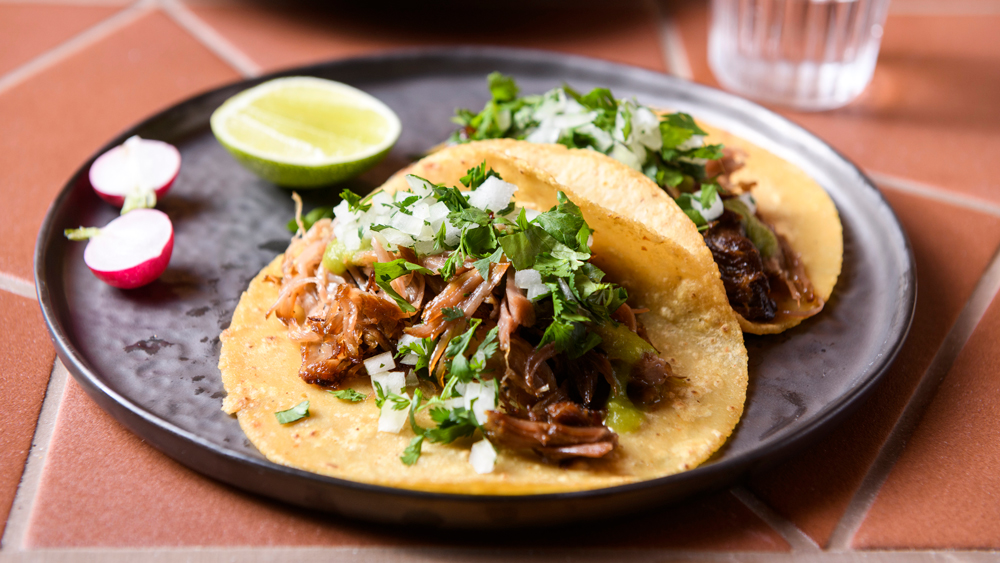 When the pandemic hit, Henry Zamora found himself feeling frustrated. The French Laundry and Quince alum was stuck at home in New York, unable to cook with the cutting-edge techniques he had mastered in California. So, he went in the other direction.

“I got more in touch with my roots,” the Mexican-American chef said. “I made the food I grew up eating where I’m from. It’s very similar to what my mom taught me how to cook as a kid.”

Raised in California’s Salinas Valley, the chef was accustomed to eating Mexican dishes at home, so he tapped into his culinary memory to recreate the comforting cuisine as an adult. This time though, he added in ingredients he has grown to crave—like Japanese yuzu kosho, a citrus-chile pepper condiment—turning classic, traditional meals into a new kind of refined fare.

Zamora knew he had come up with something innovative and was sold on building a simple, counter service-style spot to share his concept with fellow New Yorkers. He connected with restaurateur Kerem Bozer (STARR Restaurants, BR Guest Hospitality), who was looking to open an upscale Mexican place at the time; they put their ideas together and built a modern, sit-down taqueria they named Tacos Güey (pronounced “whey,” Spanish slang for “dude”).

On June 8 they opened in New York’s Flatiron District.

“I just never really thought about [doing it before],” he said.

While the dishes are technique- and ingredient-driven, he believes they are simpler than their counterparts found at other taquerias in New York; they are made how Mexican food “is supposed to be. I brought it back to that,” he said.

You won’t find any chicken burritos stuffed with aioli at Tacos Güey. Instead, you’ll discover potato and queso Oaxaca flautas, pork ribs in salsa verde and grilled whole black sea bass with marinated cabbage. His take on the Instagram-famous Birria taco is old-school—just slow-cooked lamb shoulders and chiles on a homemade tortilla served with a side of salsa negra consommé for dipping.

“We’re taking something that’s popular but we’re doing it as simple as possible,” he said. “We’re doing it properly with flavors that are unique to the region where it comes from. You don’t miss the cheese or the crispy tortilla [found on Birria tacos at other taquerias]. The lamb is a little more fatty and gives it a better texture.”

“A lot of the things I’ve picked up [in my career] are Japanese-inspired,” he said. “Instead of over-processing [the ceviches] with lemon juice, I’m preparing them more in their raw, precise form, so you get more of a sashimi or crudo aspect. I’m using kōji, ginger, yuzu kosho and yuzu juice, which you wouldn’t necessarily know. They make the food a little bit more interesting. I use soy sauce as an umami boost.”

Unique, but Zamora is confident what they’re presenting at Tacos Güey would pass the Mom Test.

“It’s all very in line with what she served me growing up,” he said. “I think she’d really appreciate seeing her food in a more refined setting.”