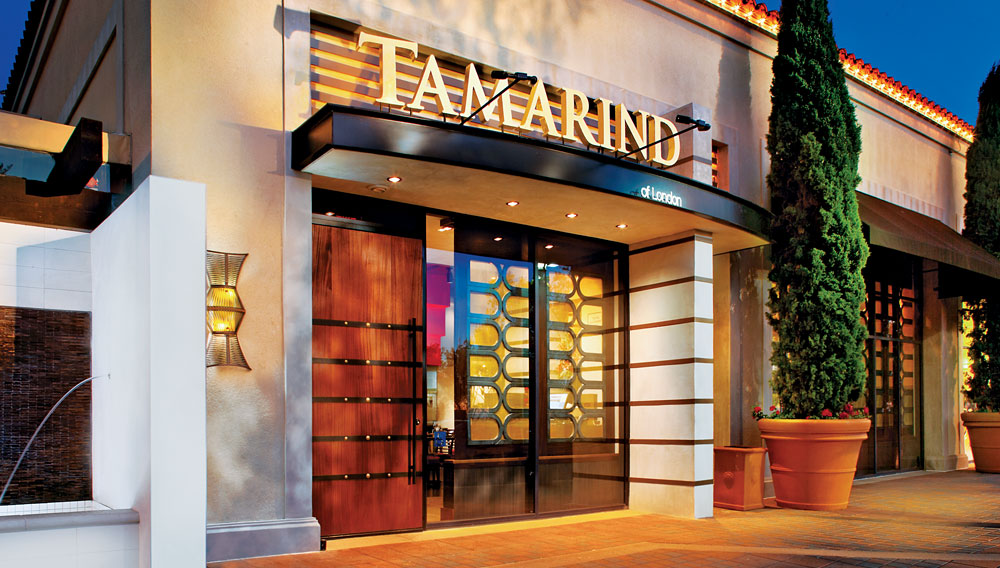 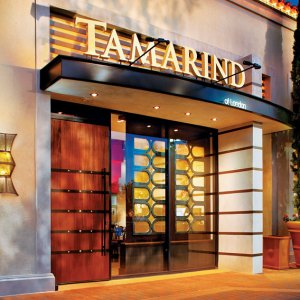 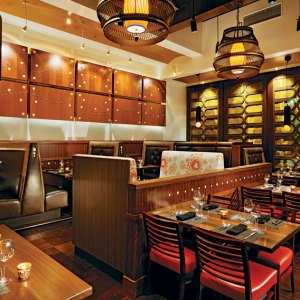 Tamarind is the longest-running Michelin-starred Indian restaurant in London, having earned its first star in 2001. Now it finally has its first outpost—in Newport Beach, Calif. Navin Khanna, one of Tam­arind’s owners and a frequent visitor to New­port Beach, spent $3 million on the restaurant’s 145-seat interior, where raised booths, dark woods, and flashes of crimson create a casually luxuriant ambience. Walls of windows overlook outdoor fire pits, fountains, and gardens, but the space’s centerpiece is a glassed-in kitchen fronted by three tandoors—the clay-pit ovens used to sear skewers of meat, seafood, and vegetables.

The new Tamarind’s chef, Shachi Mehra, whose credentials include Tabla in New York, has developed a menu of regional Indian dishes with a Californian passion for farmers’-market produce and even quinoa. Her version of saag, the rich spinach puree, is light and green, a rough shred of kale, mustard, and spinach. Naan, the pillowy flatbread, is filled with creamy goat cheese spiced with ginger, black pepper, scallions, and cilantro. The tandoors produce remarkably tender kebabs and lamb chops. And the signature cocktails, particularly the London Under­ground, made with Old Raj gin, make a brilliant match for Mehra’s modern Indian menu.