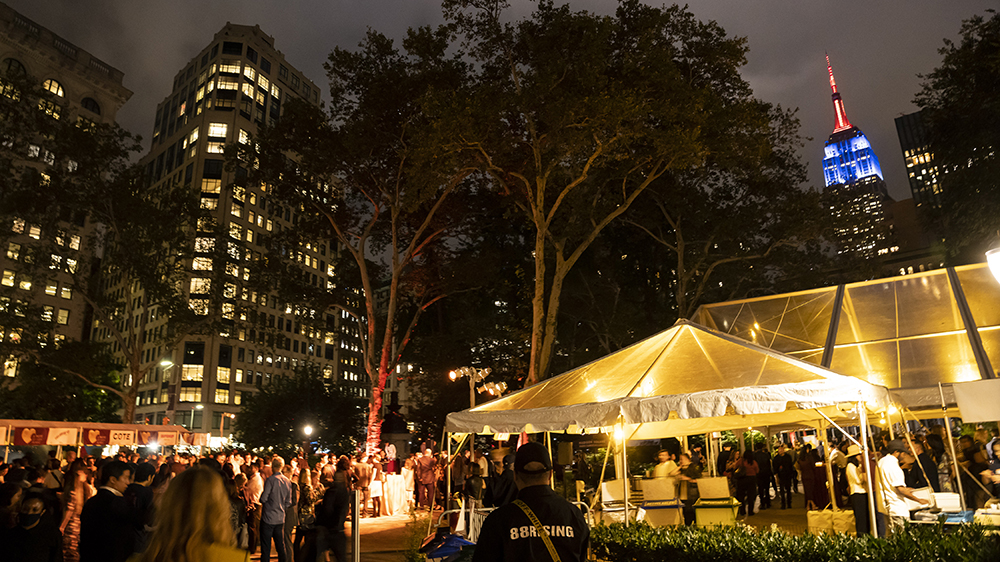 The Madison Square Park Conservancy and the restaurateur Simon Kim know that few things are more enjoyable than eating for a good cause, which is exactly what their Taste of Asia event is serving up next month.

This year, the second annual gathering is bringing together about 40 restaurants to benefit the conservancy; City Harvest, which helps feed food-insecure New Yorkers; and Apex for Youth, which provides educational and mental-health services, along with mentoring, to underserved Asian and immigrant youth from low-income families in the city. Among the restaurants involved are Kim’s Michelin-starred Cote Korean Steakhouse, Kopitiam, Mimi Cheng’s, Nobu Downtown, Saigon Social, Sushi Noz and Win Son.

Celebrating New York’s AAPI (Asian American and Pacific Islander) community, Taste of Asia will allow guests to sample Asian-inspired bites from the participating restaurants in the beautiful natural environment of Madison Square Park. On Wednesday, September 28, guests from the top three ticket tiers will receive access to a premium tasting hour from 5:30 to 6:30 pm, while general admission will allow you to indulge from 6:30 to 8:30 pm.

Those ticket tiers range from Friend ($1,000) to Benefactor ($50,000), with all proceeds benefitting the three charitable organizations involved. The Friend level gets you one ticket to the event, while the Supporter level ($7,500) comes with six tickets. Starting with the Patron level ($15,000 for 10 tickets), you’ll gain access to the premium tasting hour, while the Ambassador tier ($25,000 for 10 tickets) includes access to a VIP area with a private bar and exclusive experiences. The top-tier Benefactor level (which comes with 20 tickets) has the addition of a dedicated server.

Last year, Taste of Asia was founded as a way to honor the AAPI community at a time when anti-Asian hate was rising, especially in New York City. The inaugural event, which was attended by more than 700 people, according to Forbes, brought in about $1.2 million.

Tickets for this year’s gathering can be purchased on the event’s website, where you can also find a list of the participating restaurants. It’s sure to be a classic New York City evening, celebrating the restaurants and people who call the city their home.