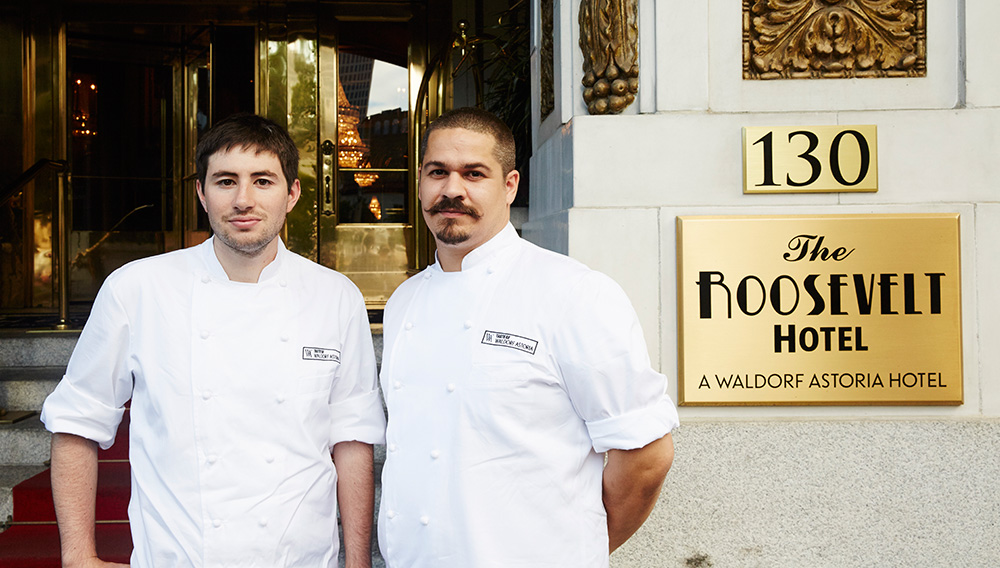 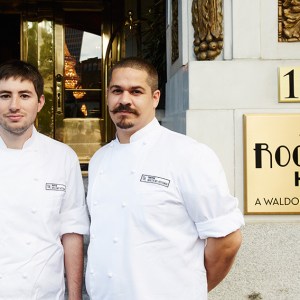 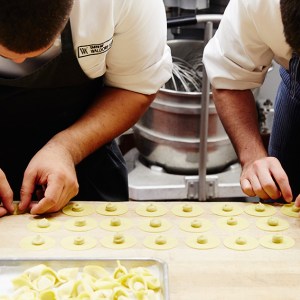 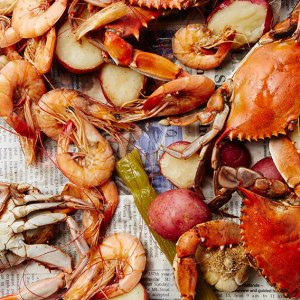 “We are thrilled to be partnering with the James Beard Foundation for a second year on Taste of Waldorf Astoria, a program that celebrates and nurtures our culinary heritage,” said John T.A. Vanderslice, global head, Waldorf Astoria Hotels & Resorts. “Waldorf Astoria is committed to culinary excellence at each of the brand’s more than 140 world-class bars, lounges, and specialty restaurants worldwide.”

Taste of Waldorf Astoria will host five chef experiences at the following properties:

With experience in the kitchens of Japan, Thailand, France and the US, Chef Bernard Fiemeyer brings his passion for international cuisine to his current position as executive chef at Waldorf Astoria Orlando and Hilton Orlando Bonnet Creek. Chef Borges’ Pittsburgh restaurant has been on bon apétit’s Best New Restaurant list and has received national press not just for the outstanding cuisine, but also for its no tipping policy.

Gaining recognition and experience working for renowned star chefs such as Roger Soeveryns of Scholteshof (Belgium), Jonnie Boer of De Librije Zwolle (The Netherlands), and Richard Ekkebus of Amber at The Landmark Mandarin Oriental Hotel (Hong Kong), Executive Chef Schutte has been managing the kitchen at Waldorf Astoria Amsterdam since the opening in May 2014. Chef Schutte was awarded with two prestigious Michelin stars for Restaurant Librije’s Zusje Amsterdam, only 7 months after opening. After working alongside star chefs such as Mario Batali, and Jon Shook and Vinny Dotolo of animal and Son of a Gun, Food & Wine “Best New Chef” Grae Nonas is Co-Executive Chef at Olamaie, a beloved new garden southern restaurant in Austin, TX.

Executive Chef Itzik Barak, one of Israel’s most renowned chefs, brings his roots in traditional Israeli cuisine paired with global fine dining experience to his contemporary Mediterranean cuisine at Waldorf Astoria Jerusalem’s two signature restaurants. Included in both Zagat and Forbes’ “30 Under 30” lists, Chef Johnson is Executive Chef at The Cecil and Minton’s, both based in the Harlem Neighborhood of New York City, a burgeoning culinary hotspot. Chef Johnson specialized in bringing together global flavors through an African and Asian lens.

“In the spirit of founder James Beard, a champion of American cuisine, we are delighted to once again partner with Waldorf Astoria Hotels & Resorts, an iconic brand that has made numerous notable contributions to America’s culinary heritage,” says Susan Ungaro, president, James Beard Foundation, “We are looking forward to giving our Rising Star Chefs semifinalists a global perspective, collaborating with Waldorf Astoria’s Master Chefs worldwide to create a contemporary iconic dish.”

The JBF chefs will visit their selected property for one week, spending time with the Waldorf Astoria Master Chef inside and outside the kitchen, visiting local markets and producers, restaurants or off-thebeaten-path locations for inspiration.

Each participating chef will prepare their recipes in New York on February 24, 2016, for a panel of culinary luminaries, who will ultimately decide the winning dish. The final Taste of Waldorf Astoria will be featured at each of the brand’s 25 hotels and resorts worldwide, joining its storied culinary legacy with a modern classic for today’s luxury traveler.

Each Waldorf Astoria Hotel & Resort now offers a curated 3-course dinner for guests to enjoy their own Taste of Waldorf Astoria, served in a distinct location on property. Guests may book this experience now by visiting www.tasteofwaldorfastoria.com.

About the James Beard Foundation (JBF)

Founded in 1986, the James Beard Foundation celebrates, nurtures, and honors America’s diverse culinary heritage through programs that educate and inspire. A cookbook author and teacher with an encyclopedic knowledge about food, the late James Beard was a champion of American cuisine. He helped educate and mentor generations of professional chefs and food enthusiasts, instilling in them the value of wholesome, healthful, and delicious food. Today JBF continues in the same spirit by administering a number of diverse programs that include educational initiatives, food industry awards, scholarships for culinary students, publications, chef advocacy training, and thought-leader convening. The Foundation also maintains the historic James Beard House in New York City’s Greenwich Village as a “performance space” for visiting chefs. For more information, please visit jamesbeard.org. Get food news, recipes, and more at the James Beard Foundation’s blog. Follow the James Beard Foundation on Facebook, Twitter and Instagram.