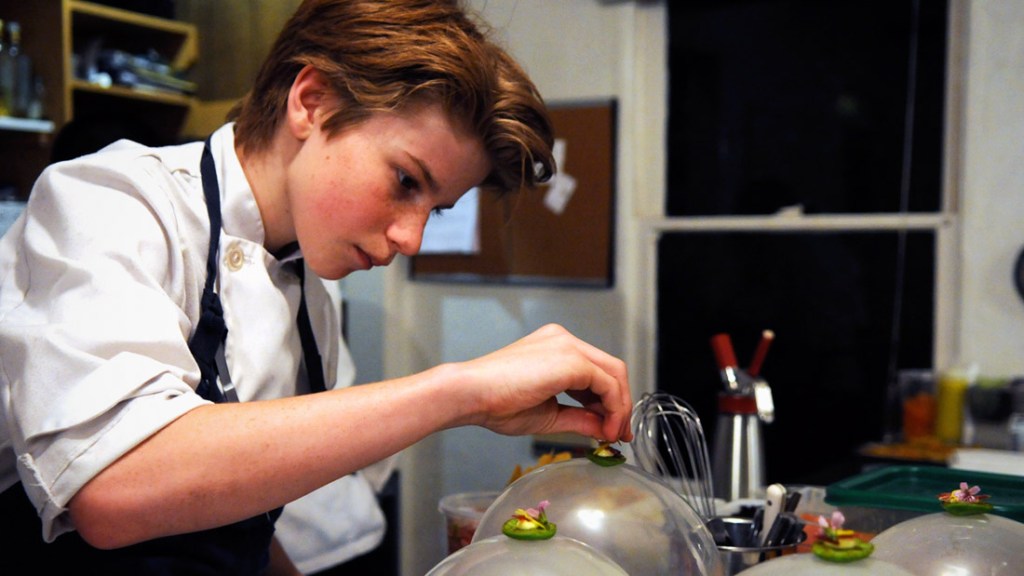 Think back to when you were 19. How did you spend your nights? The passage of time (and possibly some illicit substances) may make that period a blur, but I can safely assume that you weren’t spending your evenings as the chef of some exclusive pop-up dinners in Manhattan. I’d guess the New York Times Magazine hadn’t written a cover story about you before you were old enough to drive. And it’s highly doubtful that Vogue called you Justin Bieber of anything.

That’s not the case for Flynn McGarry, the 19-year-old kitchen wunderkind who’s planning his first proper restaurant in New York after years of wowing people with his pop-ups.

McGarry first got his start when he was 11, hosting dinner parties at his family’s house in Southern California. By the time he was 15, people were paying $160 a head to come and eat his eight-course tasting menu—ranging from ember-roasted carrot gelée to beef Wellington—as accomplished chefs much older than him came to hang out and cook.

From there he has interned (in the restaurant business, they say “staged”) with Grant Achatz at Alinea and Daniel Humm at Eleven Madison Park, further building his reputation in the food world. Back when the Times magazine visited him in the San Fernando Valley in 2014, the impressive young man was already laying the groundwork for 2018, telling the reporter that he wanted to open a restaurant this year.

“To open a restaurant at 19 obviously wouldn’t be going to college, but I don’t like going to school anyway, so opening a restaurant would be a win-win for me,” he told the Times with a smile.

For the last few years, he has been traveling to New York to bring his Southern California pop-up, which he calls Eureka, to the West Village. But now he’s ready for a permanent space.

According to his restaurant’s new website, Gem will be divided into two parts. The more casual section, The Living Room, will be open daily, serving coffee, pastries and snacks. The Dining Room, which is taking reservations starting on February 27, offering a 12-to-15-course tasting menu. Eating at Gem will give you the chance to have a teenager make you some food—but this time it won’t be a high schooler flipping burgers at McDonald’s; instead, it may be a tastefully plated carrot gelée.