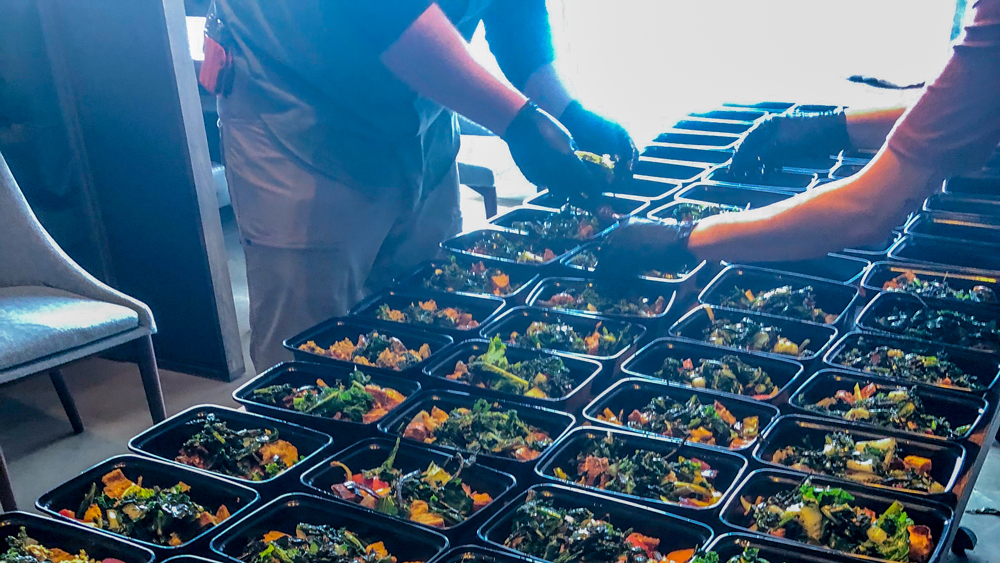 Single-digit temperatures blanketed Texas this week as a deadly winter storm system moved across the South. In the storm’s wake, many Texans have been struggling with sustained power outages and, in some cases, a lack of water and food. In response to the crisis, restaurants around the state have stepped to up to help with relief efforts.

In Austin, Hestia has cooked 3,600 free meals the last two days for people in need and are planning 3,000 more meals over the next couple days. Despite not having power or heat itself, Austin’s Nixta Taqueria has been cooking free meals for the community, including distribution to retirement homes, hospitals and warming centers. A slew of other restaurants have been joining their efforts as well.

Restaurants and music venues in Dallas that hadn’t lost power welcomed people in, serving as warming centers where people can get a break from the cold and drink some free coffee.

And in multiple cities from San Antonio to Houston, Jose Andres’s World Central Kitchen has partnered with local restaurants to prepare food. They’re also delivering to seniors who are unable to pick up food themselves.

A confluence of factors has led to the current humanitarian crisis across Texas. While much of the country has been hit by the polar vortex, the deep freeze in the Lone Star State has been record-breaking for an area unaccustomed to such cold. It’s been more than 30 years since the state has seen temperatures this low. The storm system brought Dallas the coldest three-day stretch in the city’s recorded history.

Making matters worse, the state’s power grid has buckled under the increased energy demand, at one point leaving more than 4 million Texans without electricity. And since the state maintains a grid independent from the rest of the country’s two national power grids, Texas couldn’t bring power from out of state when its own natural gas, nuclear and wind generation were compromised because of the cold.

In Austin, the outages have led to even further complications, as the Ullrich Water Treatment Plant lost power, and on February 17, the city advised residents to boil water before drinking it. However, many of those residents didn’t have the power themselves to actually boil that water, so along with no heat and no power, they had nothing to drink. There are water shortages outside of Austin as well, as below freezing temperatures have burst pipes. That has created a run on bottled water at grocery stores, whose shelves are now bare, with people also buying up Gatorade and soft drinks, just so they have something to drink.

Further compounding the food shortages is the fact that local farms have been wiped out by the cold, in what Lone Star farmers are calling a “Valentine’s Day Produce Massacre.” Additionally, chickens and cattle are freezing to death, and $8 million worth of milk has been dumped because dairy plants don’t have electricity, the Texas Agriculture Commissioner Sid Miller told Reuters.

To help people in Texas right now you can donate to Feeding Texas, which will distribute to food banks. Mutual aid networks in Austin, Dallas, Houston and San Antonio are also accepting donations and delivering relief directly to people. And World Central Kitchen is accepting donations for this crisis, as well as future relief efforts.