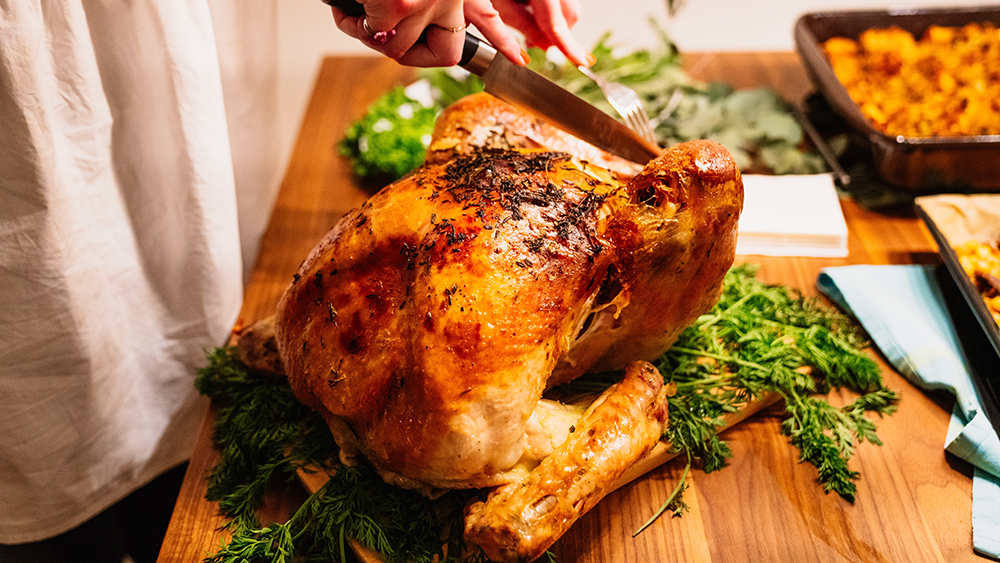 Expect the centerpiece of your Thanksgiving feast to be pricier this holiday season.

Thanks mostly to a bird-flu outbreak, which has decimated flocks, turkey prices are reaching all-time highs, The Wall Street Journal reported. The price for breast meat has soared to more than $6.50 a pound, up from less than $2 a pound only two years ago. And turkey hens, which make up the majority of Thanksgiving turkeys, cost 57 percent more than the five-year average.

Throughout the country this year, the avian flu has led to the death of more than 40 million birds, including 6 million turkeys, according to Department of Agriculture data cited by the WSJ. That makes it the second-deadliest outbreak on record, second only to one that occurred in 2015, when 50 million birds were affected. Cases were recently confirmed in California and Minnesota, worrying farmers and processors as they could foreshadow another wave of cases this fall.

Already, those current cases are affecting supply. Hormel Foods, the second-largest turkey processor by volume, said it’s expecting reduced production through at least the end of the 2023 fiscal year’s first quarter. The company had already experienced a 20 percent drop in sales of its Jennie-O Turkey Store brand, and it now expects a 30 percent dip for the current quarter.

Despite some of the recent supply issues, the National Turkey Federation thinks that there should be enough turkey for every family hoping to roast, smoke or deep-fry a bird this holiday season. However, supermarkets might not receive the exact number of birds they order at a specific weight, Russ Whitman, the senior vice president of the market-research firm Urner Barry, told The Wall Street Journal. “Retailers are not getting what they want, they are getting what is available,” he said.

And what’s available will likely be more expensive, causing some shoppers to perhaps settle for a smaller turkey than usual. Of course, you could always avoid the hassle altogether and opt for a restaurant-cooked Thanksgiving meal. If you’re already going to pay more, might as well skip doing the dishes.