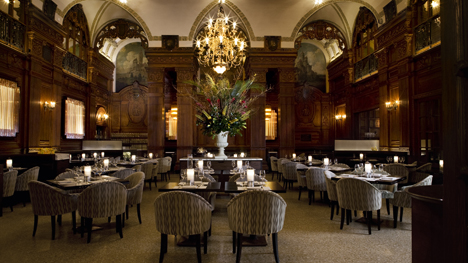 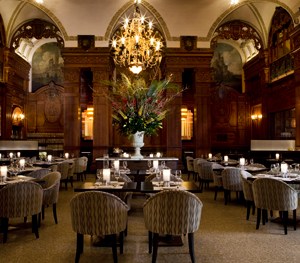 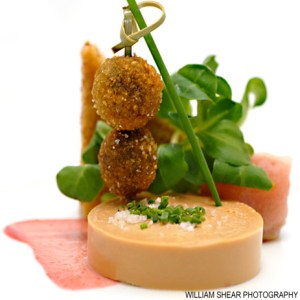 Built in 1907 as a men’s-only bar within the Plaza Hotel, the Oak Room has remained a legendary establishment for more than a century. Under the guidance of executive chef Eric Hara, the restaurant and bar have unveiled new menus featuring reimagined American fare. The classic pot pie, for instance, is made with lobster, sweetbreads, fava beans, ramps, and jalapeño crust, while the stuffed shells are filled with braised veal cheek, chanterelles, sour cherries, and pecorino emulsion. Still bearing the original intricate oak wood carvings, a barrel-vaulted ceiling, and walls lined with beautiful Everett Shinn murals, the 112-seat dining room exudes a masculine appeal, and its steak and prime meats selection is reminiscent of its earlier days as a men’s-only destination. But, these meats are accompanied by inventive sauces such as miso-béarnaise and sea urchin butter. Additionally, the wine list features nearly 500 selections.

Chef Hara has also reinvented the bar menu, another iconic New York destination, which is serving inventive small plates, from 28-Day American Kobe burgers to mini lobster rolls and duck meatloaf sliders. It’s also likely to attract locals and visitors for its expansive Sunday brunch, $50 per person, and a custom-made chef’s table in the kitchen allows guests to interact with Chef Hara while watching him in action. (212.758.7777, www.oakroomny.com)