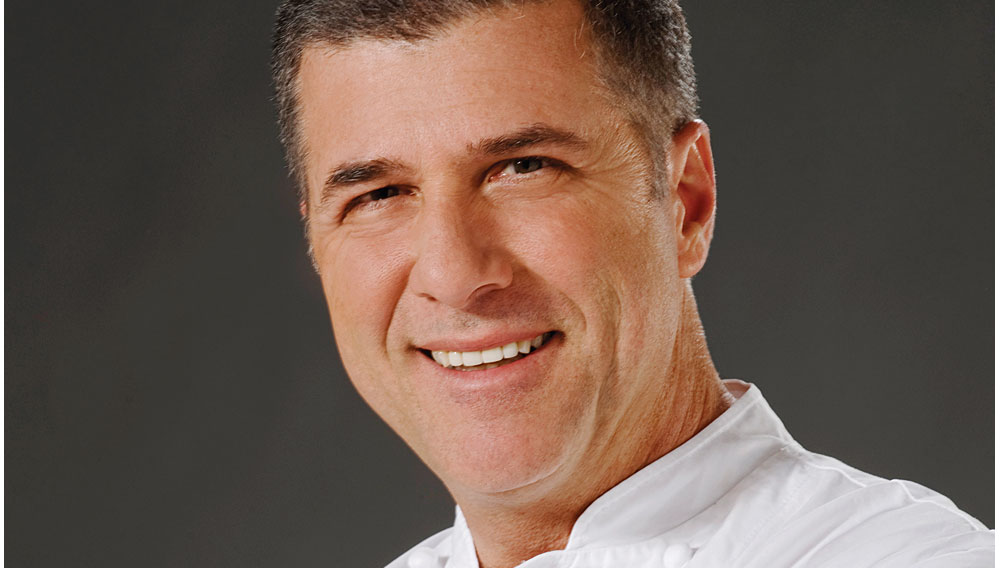 Michael Chiarello may be a native of Northern California, but he is a son of southern Italy. “I grew up in a household that spoke and lived Italian,” says the 47-year-old chef, who—in addition to cooking in his new Bottega restaurant in Yountville, Calif. (see “Grape Awakening,” page 86), cultivating grapes for his Chiarello Family Vineyards winery, and seeking out products for his home furnishings company, NapaStyle—has coproduced and hosted cooking shows for PBS, the Food Network, and the Fine Living Network. “As a kid, I didn’t have to go to Italy; it came to me,” he says. “Our family used to walk to the rabbit farmer, and along the way we foraged walnuts. We would then make up a dish with the rabbit and the walnuts. Now I do similar things with my kids while I tell them stories about the family.” Happily, the rest of us can enjoy the Chiarello clan’s traditions through Michael’s food and wines. —Jessica Taylor

Tell us about your home in Napa Valley.

Around my yard, there are plants and trees and things from people I care about, such as my grandfather’s old sharpening stone, which looks like a trike. When you pedal it, the stone wheel turns, and you put the knife next to the wheel to sharpen it. I also have a bay-leaf tree that my family brought over from Calabria. My mom got a cutting from her mom, which I later got a cutting from. One of my favorite trees in our yard is an Indian peach tree. Yesterday I was pruning it with my 3-year-old son. It’s a dwarf, so it’s small enough for him to reach a peach—something I did when I was his age.

So you’re also a gardener?

Oh yeah! I farm 20 acres for my winery organically. Thomas Brown is the winemaker, and I’m the grower. And there, too, I keep a collection of mementos from my grandfather’s ranch, such as a 1920s posthole digger. I also have items from my other grandfather, who made wine and died at the age of 102. He had several barrels in his cellar that were falling apart. I took the rings off and created closures for my garden gates. For the gate rails, I worked with a bunch of hippies from Mendocino and dug up some old-growth stumps, which were part of a reforestation project.

Tell us about your vintage-corkscrew collection.

The Culinary Institute of America in St. Helena, Calif., used to be the Christian Brothers Winery. One brother, Timothy Diener, had an amazing corkscrew collection. When he passed away, he left a handful to me. Now when I travel, I gather corkscrews. I have between 50 and 60. One was made from the favorite tree of Marie Antoinette at Versailles, which was knocked down in the 1990s during a windstorm. I also have an 18th-century cider corkscrew that I found almost a decade ago with my wife while we were in Normandy. We bought it at the beginning of our relationship, along with a bottle of cider, which we drank on the coast of Brittany.

Do you have a favorite travel destination?

We love Positano on the Amalfi Coast. It’s kind of a walking vacation where you can get to know the people, hang out at the beach, go to the restaurants, and nap the day away. There’s a restaurant right on the water called Chez Black that we really like. And there’s another restaurant above town called Donna Rosa, which is unbelievable. We like to stay at Le Sirenuse. We just returned from San Miguel de Allende in Mexico, where we stayed at our friends’ hacienda. From there, we went to a 25,000-acre preserve called Cuixmala.

Time is the one thing you never get back. You can always make more money. You can always travel to another place. But your children will be 10, 16, or whatever age only once. When you are sitting in your rocking chair and have no time regrets, you will know you have lived well.