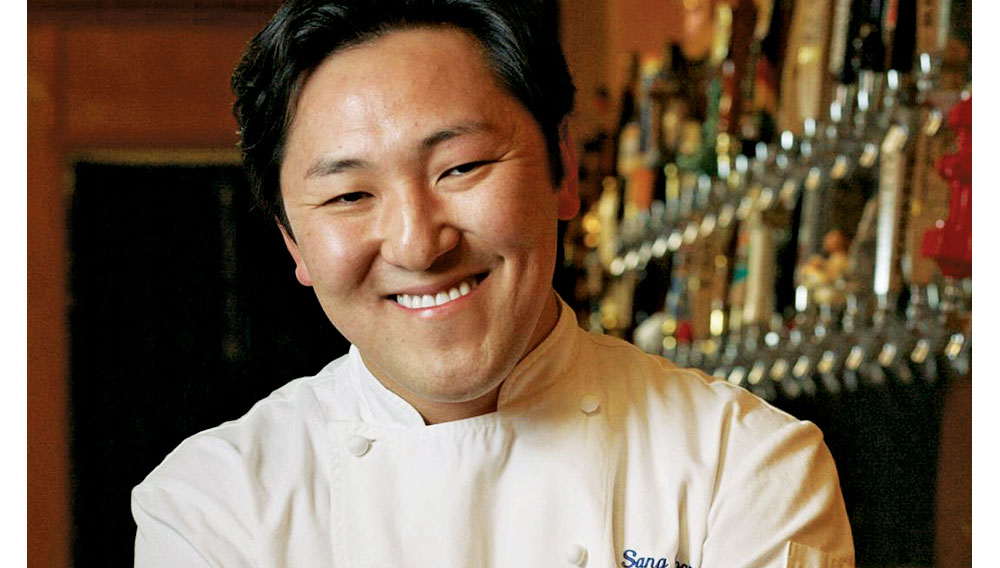 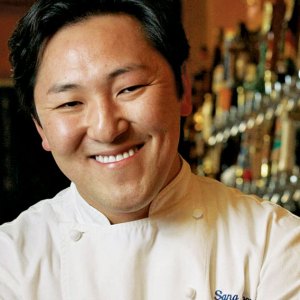 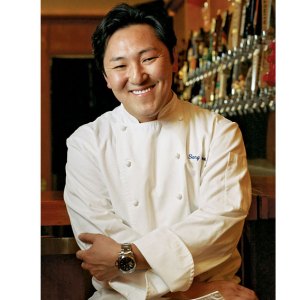 Ten years ago, Sang Yoon rose to fame with a glorious hamburger—his complex Father’s Office burger, named best in America by multiple critics—and his notorious refusal to serve ketchup with it, no matter who asked. His Father’s Office pubs are well suited to laid-back Southern California, but the French-trained chef also recently returned to fine dining with Lukshon, a Culver City showcase for his creative Southeast Asian menu and his endless obsession with detail. Consider the Vietnamese coffee: Beans are custom roasted to reproduce colonial-era flavors, cold-brewed for 18 hours, and stirred with condensed milk that Yoon makes himself. Beyond the kitchen, the 43-year-old Yoon, whose mother oversaw haute couture at Chanel and whose father was a founder of The Korea Times, has long had a passion for precision—whether it lies in complicated watches, high-performance engines, rare Champagnes, or, surprisingly, ice hockey. We caught up with him on a spring afternoon, just off the rink. —Michalene Busico

I was the weird kid who played growing up. I played in college [at Boston University]. I was a goalie, and I still skate three days a week. But in the last three years I’ve had a tremendous string of injuries: torn ligament in the ankle, torn rotator cuff in the shoulder, hit in the face with a puck. Right now, I have a cracked rib! There’s something quite brutal about the game but at the same time something very graceful.

When did you fall in love with Champagne?

I was working in France [under chef Jöel Robuchon], and we had a Champagne cart in the dining room. At the end of the night there would always be little bits left in the bottom of the bottles, and there was sort of like prison bartering—the sommelier would come into the kitchen after service and say, “Do you have foie gras? Dom Pérignon is asking.” So I would trade foie gras for Champagne, and one night, I had a sip of Salon—the house that created the blanc de blancs style—and I was completely captivated. I was 19, and I didn’t have any money, and I wasn’t getting paid to work there. But I remember thinking, “Man, if I ever do anything with my life I’m going to make sure I never run out of this stuff.”

Tell us about your cellar.

I’m really excited by the small houses, the grower-producers. One of them, Jacques Selosse, is like the white unicorn—I drink it very sparingly because it is so hard to find. I opened one when I opened Lukshon last year. But I have plenty of other bottles of Champagne to drink if I’m thirsty—between 4,500 and 5,000. It’s quite a pile. The Krug Clos du Mesnil is also quite extraordinary. I equate it with the Porsche—it gets so much horsepower from such a tiny engine. It’s wild how much they can coax out of those grapes.

Speaking of engines, what do you drive?

I have four cars: a Mercedes-Benz Geländewagen—it has an awesome, Teutonic, boxy, intimidating presence, but it’s not that fun to drive; a BMW 550, my main car; a 2005 Ferrari 575 Maranello that I never drive; and a Honda Fit. I also like the naked bikes, ones stripped of the fairings and plastics so the mechanics are exposed. I have three Ducati Monsters, a couple very customized, and a BMW R1100S.

Why do watches appeal to you?

I have a fascination for anything precise on a small scale. One of the most interesting ones I have is the Lange 31. You wind it with a key, and one winding is good for a month. It sounds like, “Oh big deal,” but it’s an incredible complication and to me it represents a work idea: to make something that looks simple, but to know all the work that goes into something that beautifully simple on a plate. With the watch, the average person thinks, “Big deal—there’s a dial with a bunch of stuff on it.” But oh, you don’t know. You don’t know how much work there is behind that stuff.