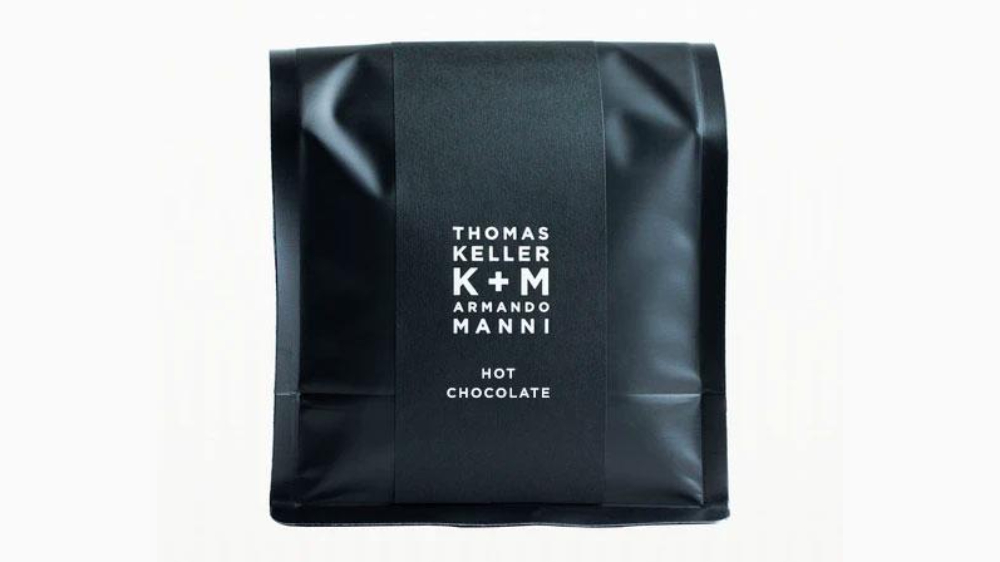 This is one culinary odd couple we’re most definitely in favor of.

While most wouldn’t consider olive oil and chocolate a natural pairing, Michelin-starred chef Thomas Keller and olive oil producer Armando Manni beg to differ. The pair launched K+M Extravirgin Chocolate a few short years ago as a lineup of chocolate bars infused with rich olive oil. Now, the brand is expanding the offering to include a lush hot chocolate perfect for getting you through the chilly winter months.

Blended in California’s Napa Valley, the hot chocolate mix uses the very same high-quality beans found in each of the brand’s bars. The beverage is reported to have the same rich flavor profile as its solid counterpart, with an added dash of creaminess and nuttiness to round things out. Every element has been calibrated by the brand’s chocolatiers to achieve a cup of hot chocolate worthy of Keller’s famously high standards.

The team behind the label has set itself apart by searching for the world’s best beans, going so far as to work with the University of Florence to select those with the highest levels of antioxidants and most flavorful compounds. And this is critical as most traditional methodologies for crafting chocolate bars eradicate as much as 60 to 80 percent of those health-preserving antioxidants. Devising a new approach took Keller and Manni a full two years of trial and error. The process was, ironically, made a bit more tedious by the inclusion of the olive oil.

“It’s a major, major challenge. They’re two ingredients that don’t naturally fit: oil is liquid and cocoa is solid,” Chi Bui, K+M’s head chocolatier, told Robb Report in 2018. “The antioxidants in olive oil and chocolate are different. Chocolate has flavanols, where olive oil has polyphenols. The polyphenols create a synergy with chocolate’s flavanols that makes the antioxidants more available to your body.”

Health benefits aside, the combination leads to a richer, more velvety texture that also translates to the company’s hot chocolate. Truly the best of both worlds.

A 14oz bag of K+M Extravirgin hot chocolate serves 10 and is available for $24.