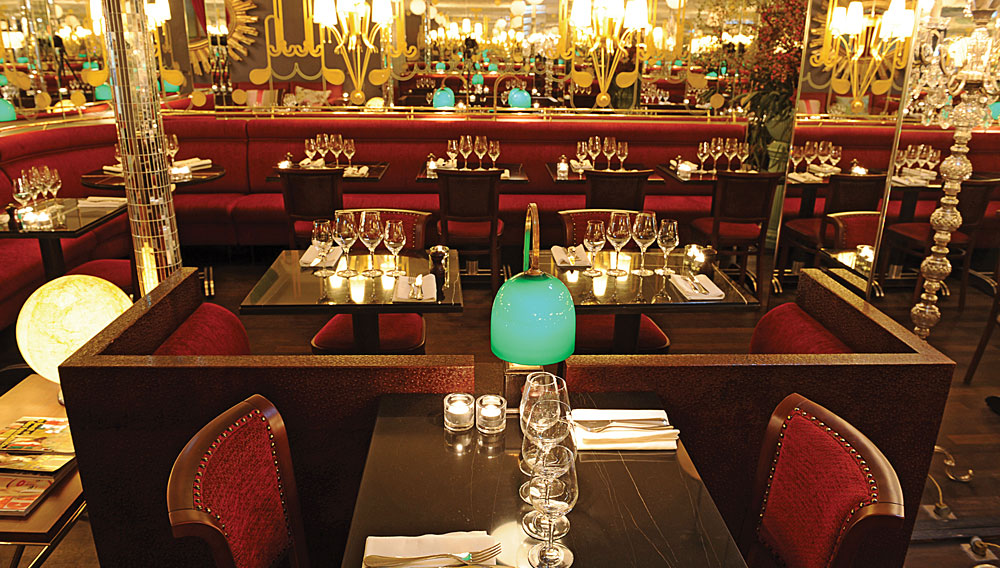 The recently revived Paris institution Thoumieux (+33.1.47.05.49.75) is steeped in history, yet it marks a noteworthy first for famed restaurateur Thierry Costes. In 1923, the Thoumieux family purchased the property—the second “bouillon Parisian,” or precursor to the brasserie—and promptly turned it into a legendary dining spot. Decades later, the beloved eatery had fallen on hard times, which made its resurrection both a challenge and an act of cultural preservation for Costes. Instead of following his usual formula—to create an “it” destination where the scene is the main attraction—he set out to give the food equal billing and recruited Jean-François Piège to take charge of the kitchen.

Best known for his Michelin-starred turn at Hôtel de Crillon’s Les Ambassadeurs, Piège applies his refined skills to more contemporary fare at Thoumieux. The emphasis is on quality without pretense. The menu is a compilation of permanent signatures—wild calamari with carbonara sauce; pizza soufflé with tuna, burrata, black-olive tapenade, and rocket; slow-cooked loin of veal with tuna belly, lemon, and Parmesan—and weekly specials prepared in a high-end bistro style.

Thanks to these dishes, Thoumieux is the newest restaurant in which to be seen—eating.