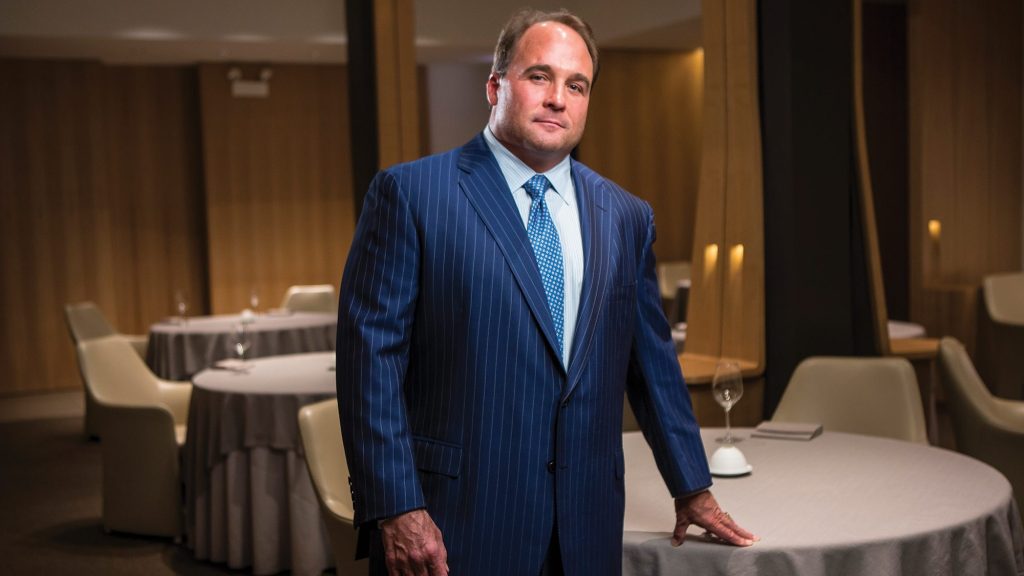 As the skyrocketing prices of NBA, NFL, and MLB franchises can attest, there are numerous multi-millionaires and billionaires around the country who want to own a sports team. These people want a piece of a civic institution that draws in fans from the cities they live in. But with a limited number of teams, not everyone with means can own one. But what they can do is have a mini version in their hometown—and that’s owning a fine dining restaurant.

We often talk about chefs as owners and drivers of restaurants, but they’re usually just the public face and equity partner. They themselves don’t have the millions of dollars needed to open a restaurant, so they lean on an affluent patron to back them and give them the funding to open their restaurants’ doors. So while chef Curtis Duffy and general manager Michael Muser were the public faces of three-Michelin-star Grace in Chicago, there was a primary investor who made the place possible: real estate developer Michael Olszewski.

Last month, after five years—and to continue this extended metaphor, winning a championship together by earning three Michelin stars—the relationship between Duffy, Muser, and Olszewski frayed in public view, with the restaurant closing abruptly a few days after a surprise New York Times article announcing Duffy had quit. It was such a surprise, that Olszewski learned of Duffy quitting from that Times article, and the restaurant unraveled in the days following.

In the aftermath, Duffy and Muser have said they wanted to buy the restaurant outright from Olszewski, but talks fell apart and the partnership became untenable. In a candid interview with Crain’s Chicago Business Olszewski tells his side of the story of the restaurant’s downfall. And right out of the gate, he says responsibility for closing Grace wasn’t his.

“First, I’m not a jerk,” he told Lisa Bertagnoli. “I didn’t close this restaurant. Let’s make that abundantly clear. The chef walked out and told his team to leave. That’s what happened.”

The 55-year-old Chicago-area native says that he wasn’t a micromanager who impinged on the creativity of the Grace team and that he planned on staying in the background when he first got involved in the project. “My sole purpose was to be the armchair investor. But after getting everything going, I saw this wasn’t going to be the case. When we first opened, some things were just catastrophic,” he said. “I had to take an active role or Grace would not have operated on the financial level that it did.”

Olszewski said that he poured $3 million into Grace to get the doors open—an investment he said he has fully made back. And that for the first five years he took home the profits from the successful restaurant, while Muser and Duffy were paid $160,000 each in salary. After that, they were to share in the profits equally. The tension between the trio started around three years ago because of this revenue sharing arrangement and despite the fact that it would soon change in 2018, Duffy walked. “They said they didn’t want to be bound by the agreement,” Olszewski said. “I can’t explain it.”

Now, Grant Achatz’s Alinea is the lone remaining three-star restaurant in Chicago. But Olszewski, whose first restaurant was Grace, doesn’t plan on giving up on the business. He has a restaurant in the works on the north end of the city and wants to open a new place inside the Grace space within the next six to eight months.