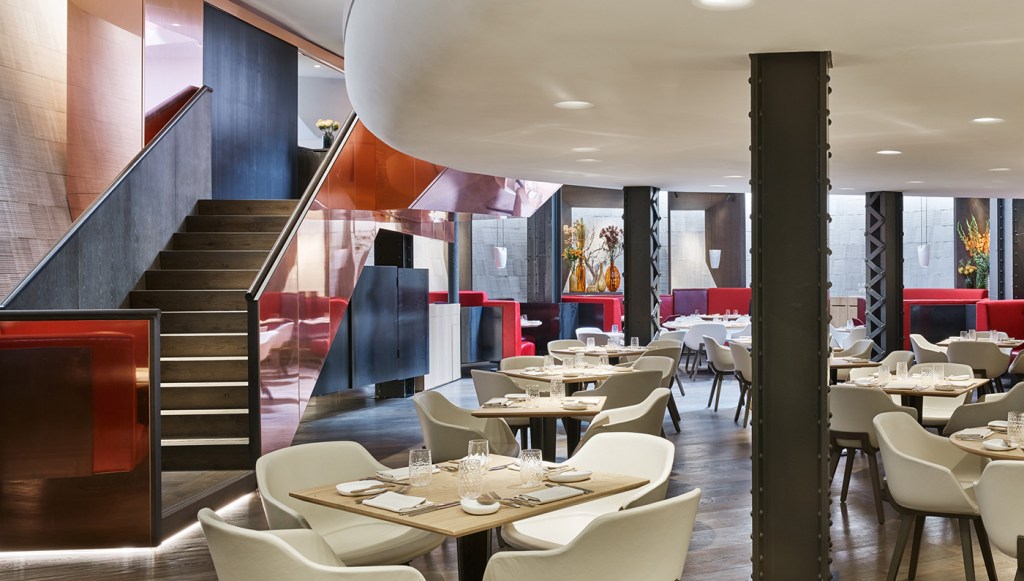 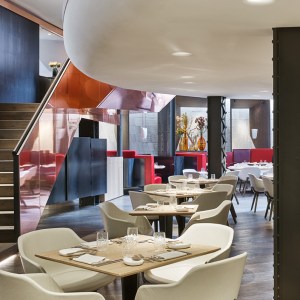 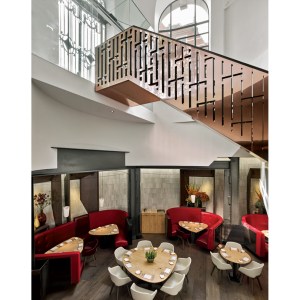 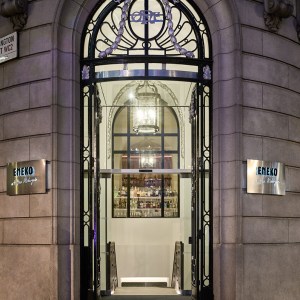 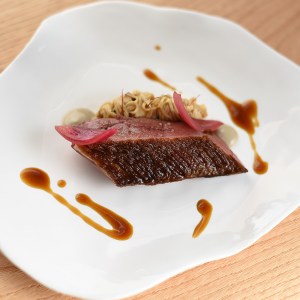 Push through the restaurant’s heavy cast-iron doors and descend its dramatic copper staircase to the contemporary basement dining area. High-ceilinged yet intimate, this beautiful candlelit atrium is, like the food, simultaneously rustic and luxurious. The Memories of the Bay of Biscay seafood starter, featuring oysters and herring roe, plays a starring role, theatrically accompanied by its very own smoke machine in the form of fresh seawater poured over dry ice. Meanwhile, the entrees include a rich oxtail stew elevated beyond its humble origins with a mushroom emulsion and decorative nasturtiums. The meal concludes with a traditional Basque sponge torrija—rich, subtly sweet, and soaked in milk—accompanied by a decadent sheep’s-milk ice cream.

The restaurant’s distinctive combination of simplicity and sophistication is echoed in the wine list, a thoughtful selection of exclusively Spanish wines. Here, “house wine” lives up to its name—several of

the wines are produced by Atxa and his uncle. Such touches are just one reason this restaurant is a welcome addition to London’s dynamic dining scene.