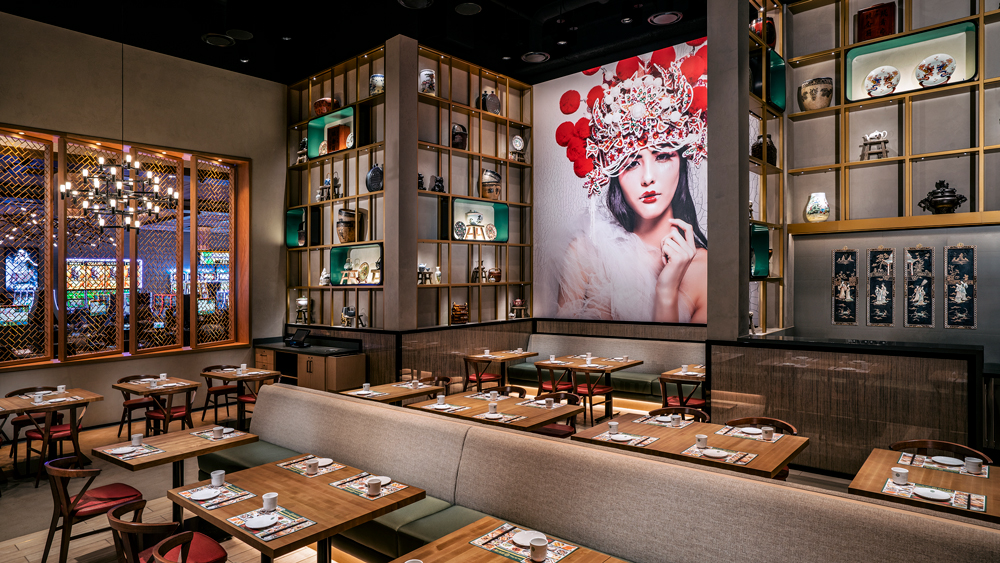 Tim Ho Wan, a 20-seat dim sum restaurant in Hong Kong, is often described as the least expensive Michelin-starred eatery in the world. There, humble, working-class dishes like steamed shrimp dumplings and baked barbecue pork buns are given the same care that Japanese sushi chefs give to nigiri: Each dish is prepared to order, from fresh ingredients that were delivered that day.

It’s a recipe that has kept Tim Ho Wan an international must-visit destination for a decade.

But when Tim Ho Wan chef-founders Mak Kwai Pui and Leung Fai Keung decided to expand their operation to Las Vegas, opening a facsimile of their dim sum restaurant at Palms Casino Resort, they knew they needed to change a few things up.

“They came to us and said, ‘we really want to get ingrained in Las Vegas, and we know that means we are going to have to add some things,’” Jon Gray, the vice president and general manager of Palms, said. “They were very open to ideas; they wanted to adapt.”

“We cook everything to order and our ingredients are delivered daily,” said executive chef Jean-Pierre “JP” Choy, who was personally trained by Pui and Keung in Hong Kong. “A couple of Chinese ingredients are hard to get.”

This includes specialty flour that they bring in from New York and black sugar, which is delivered from California. Because the ingredients differ from those in China, Choy says he has to adjust the traditional recipes accordingly. The founders will visit the Las Vegas location opening week to make sure they are up to their Michelin-winning standards.

And in a first for the dim sum destination, Tim Ho Wan will introduce a beverage program featuring Japanese whiskies and traditional Chinese spirits such as baijiu. The restaurant will also have a tea program with Chinese flavors like lychee black tea and Hong Kong-style coffee milk tea.

The bar inside the Palms.  Photo: courtesy Clint Jenkins

One thing missing from Tim Ho Wan? A dim sum cart. Gray says at most dim sum restaurants, the food is prepared earlier in the day and is just reheated before putting it on the cart and rolling it around the dining room. That’s also why you rarely get to peek into their kitchens.

“That’s not the sexiest experience or vision,” he says. “We have an open kitchen, which is a pretty exciting element to the room. Adds a lot of energy. To watch it being made fresh is like watching art unto itself.

The 5,055-square-foot restaurant, located within the resort’s west casino, seats nearly 200. Gray sees it as a draw for young people looking to have a world-renowned meal, but also for the growing Asian gaming market, which includes tourists flying in from Southeast Asian countries and domestic Asian Americans visiting from California.

“That [customer has] been a big part of business for several years on the Strip,” he said. “We feel that with the Palms’ overhaul in general, this is the missing link that we’ve needed to attract international customers. [Tim Ho Wan] draws people from all over the world to come experience their cuisine. It really rounds out our restaurant program.”

Tim Ho Wan at the Palms opens its doors on Sept. 29.