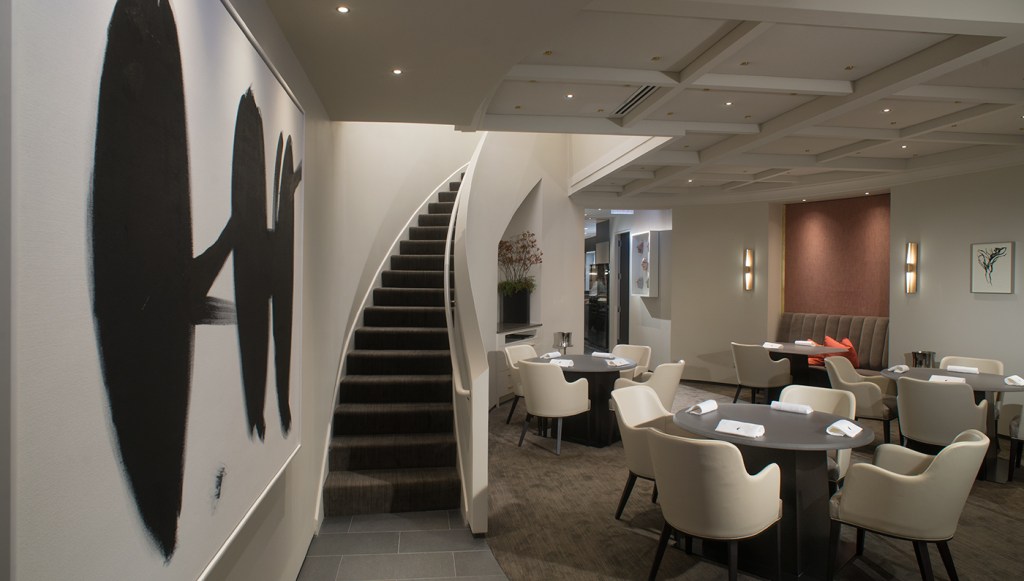 As municipal and state governments shutdown on-premise dining across the country, it has left restaurants scrambling for solutions to stay afloat. While some restaurateurs are laying off their workforces—like Danny Meyer, who’s Union Square Hospitality Group let 2,000 employees go yesterday—others are trying to keep their staffs by quickly transitioning to pick-up and delivery. But how does a restaurant that serves multi-course, experiential, hours-long tasting menus turn into a takeout outfit over night? Nick Kokonas and his team have spent the last week scrambling to make it possible, not just for his restaurants, but for ones across the country.

Kokonas, with chef Grant Achatz, co-founded Alinea Group, the Chicago-based restaurant company that owns the Michelin three-starred restaurant of the same name, Michelin-starred Next, Aviary and more. Kokonas, a derivatives trader before he turned restaurateur, has long been someone willing to tinker with antiquated elements of restaurant business models. Which is why he launched the online service Tock back in 2014, allowing restaurants to sell prepaid tickets for dining experiences as a more cost effective way to do reservations. He’s always trying to keep an eye on what’s next.

If you watch Kokonas’ Twitter, you will have noticed a shift about two weeks ago. Along with his normal dose of poking at Trump, commenting on the Democratic primary, discussing economics and sharing news about his own businesses, Covid-19 started dominating his feed. He retweeted stories of Italy’s lockdown, quoted Nassim Nicholas Taleb, sounded the alarm about how “the hospitality industry is about to get crushed” and told Chicago’s mayor she had to start getting ready for it.

He wasn’t just talking though. He believed a large-scale shutdown could be coming to the U.S. like it had to Italy, so he got to work behind the scenes. If people couldn’t go into restaurants listed on Tock, those establishments would need an infrastructure for diners to place to-go orders beyond just having someone at the restaurant sit by a phone writing down orders the old-fashioned way. So over the course of six days, 20 Tock employees worked around the clock to engineer, design, prototype and launch the Tock To Go feature on the dashboard. “Basically, we did something we’d normally take three to four months doing and did it in a week,” Kokonas told Robb Report.

The new service allowed restaurants to create to-go menus on their existing Tock page, but then augmented the system also gave them two-way text messaging to coordinate pickup and delivery, and maps integration to aid restaurant staff if they did plan to deliver meals. This way they could start a delivery operation without having to work with other online delivery apps that charge a large commission. With Tock, they’re essentially offering the program free to existing restaurants on the platform and only passing the credit card fees along to the restaurant for each transaction. That means you can order from a restaurant through Tock and know that place is getting that money themselves and not handing up to 30 percent of it off to a third party.

Avec is up and running on Tock To Go…. let's see if this works!

(usually we have time to test this sort of thing more thoroughly…)https://t.co/ISpXarifmk

Hundreds more restaurants coming… please patronize these restaurants so they can help their teams and communities.

In the first 24 hours Tock To Go was available, more than 250 restaurants signed up, including Aaron Silverman’s Rose’s at Home in Washington DC, Eric Rivera’s Addo in Seattle, Oklahoma City tasting menu restaurant Nonesuch, Paul Kahan’s Publican in Chicago and more. Not all who signed up are on the platform yet, because it’s not exactly like flipping a switch. There’s a lot of hang-ups to work through to get live. “Every issue you could imagine,” Kokonas says. “Food delivery, labor legalities, logistics and delivery insurance—most will do pick-ups for that reason.”

And there’s also the issue of taking a tasting menu spot and getting them to rethink the food they’d offer. “Restaurants that typically do carryout? No problem,” Kokonas says. “Some places want to put their whole menu online and we are like, ‘Whoa, slow down, keep it delicious and streamlines and grow over time as you get our sea legs.'” So they encouraged places to shorten their offerings by creating meal kits or prix fixe menus that will help them keep what they served more streamlined.

For instance, the Seattle fine dining stalwart Canlis went takeout-only before most, but instead of trying to recreate their elegant tasting menu experience, they served some damn good burgers like a drive-thru. Once Tock To Go went live, they were one of the first to get a listing and offered a prime rib dinner with salad, twice backed potato, sourdough focaccia and whipped mascarpone with blueberry-poached pears for $60 per person.

Alinea’s current to-go offering from production today. Beef Short rib Wellington, 50/50 mashed potatoes, and creme brûlée. This classic dish of beef tenderloin wrapped in a pastry crust with mushroom duxelles and leafy greens is thought to be a patriotic renaming of the French culinary term en croute. The namesake is derived from Arthur Wellesley, the 1st Duke of Wellington, who rose to prominence as a general during the Napoleonic Wars in the early 1800’s. The Alinea version veers slightly from the classic. We replace the tenderloin with a 48 hour cooked USDA Prime Black Angus short rib. The meat is surrounded by a roasted mushroom duxelle perfumed with sherry wine and herbs as well as sauteed spinach and kale. After wrapping in a traditional pate brisee pastry it is baked in the oven until golden brown. Purchase via: explore tock.com/alinea/

On day two, Alinea Group’s restaurants came online. Grant Achatz’s mecca of molecular gastronomy went a little more old school with its three-course prix fixe menu, creating its take on a Beef Wellington, 50-50 mashed potatoes (that’s half potato, half butter) and crème brûlée all for just $34.95 per person. And to Kokonas’ surprise, Alinea sold $5,600 worth of margarita kits in the first few hours they were live on Tock.

More restaurants are being added to the Tock To Go roster so diners in multiple cities can still enjoy their favorite eateries while America is on lockdown. Still, Kokonas isn’t sure how much this can help a restaurant’s bottom line, but it’s better than nothing and some are seeing genuine success. “It will keep people employed—not everyone, likely—but it will help a ton,” he says. “Canlis put their meals up this afternoon and sold out a week’s worth in an hour.”