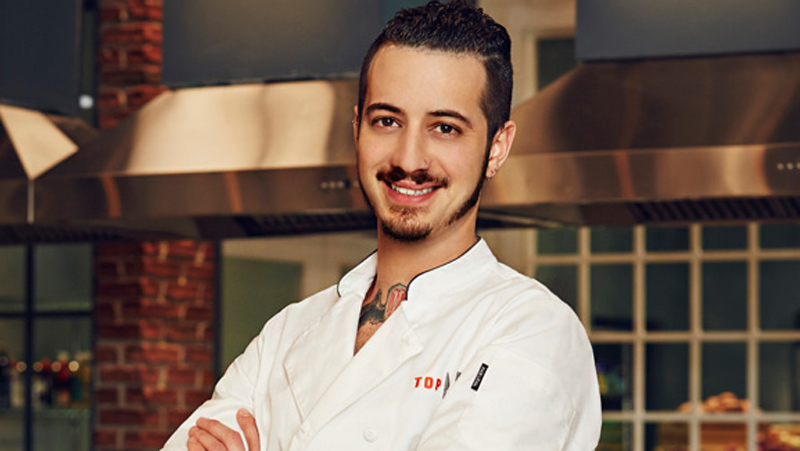 If you’re a chef running a farm-to-table restaurant in Brooklyn, it’s assumed the death of countless plants will be on your hands. But the public should be safe in the knowledge that the flora is dying for the greater good, like the feeding of some eco-conscious diners or something. Adam Harvey, Top Chef season 12 contestant and chef-owner of Bar Salumi, may have broken that basic social contract. In May, the 33-year-old chef was arrested for alleged arborcide, and in the wake of that incident, Gothamist reports his restaurant has closed.

Earlier this year, Harvey and his wife purchased a $1.5 townhome in the Brooklyn neighborhood of Windsor Terrace. After installing solar panels on the roof, he complained that his neighbor’s massive, 60-year-old maple was blocking sunlight from reaching them. He tried to convince the neighbor that the tree was dead anyway and should be removed. The neighbor balked. Subsequently witnesses say the saw Harvey drill holes into the tree and pour herbicide in. They reported him to the police and on May 15 he was charged with criminal mischief and criminal trespass.

The incident became public in June, just a few months after he opened Bar Salumi, his Mediterranean restaurant that focused on cheese and cured meats. Just as the restaurant—located only a little more than a mile away from where the alleged tree murder happened—was trying to get its footing,  it had to contend with Harvey making news not only in the neighborhood, but in the larger New York food community as multiple outlets from the New York Daily News to Eater to Gothamist reported on the story.

And this wasn’t the first time Harvey had made negative headlines. The restaurant that previously occupied the Bar Salumi space was called A&E Supply Co. He also owned that one, and he upset neighbors when he used temporary spray paint to stencil the restaurant’s name around the area, and the graffiti led to a backlash against the eatery.

Before his disastrous forays in Brooklyn, Harvey had worked at Danny Meyer’s Union Square Café and made it halfway through his season of Top Chef before Mei Lin won the whole thing.