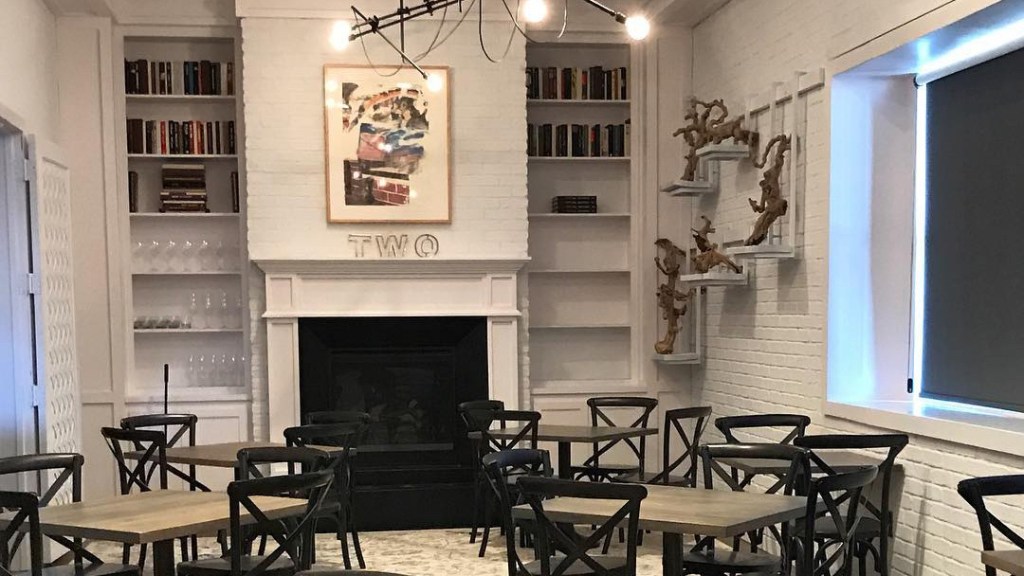 When we last caught up with Michael Voltaggio, he had some seriously ambitious plans to close down his flagship restaurant and open an even bigger one in just a matter of weeks. In an industry that sees businesses struggle to open a new eatery in a few months and sometimes face delays that drag on for years, it was pretty surprising to hear him say he’d do it so quickly. To be honest, I had my doubts.

But here we are, just a couple weeks later—and he’s actually pulled it off. Ink.Well is taking reservations starting tonight at the restaurant that will feature a slightly more approachable menu than the now-shuttered Ink, and it features a much larger bar, which Voltaggio hopes will create a more convivial atmosphere.

The Top Chef winner had become widely known for his embrace of modernist techniques and use of molecular gastronomy, but he told Robb Report last month that “I create a dish first—then I figure out if a technique works,” Voltaggio said. “Before, I would employ a technique and then force a dish into the technique, and it could ruin a dish. I still loving freezing things and turning it into snow and rocks and powders. But you don’t have to both combine a weird technique with a weird flavor combination on top of it in a dish to make it exciting.”

Eater LA just published the first menu at Ink.Well, and Voltaggio has started posting pictures of some items on his Instagram. The dishes include gnochetti with nasturtium pesto; charred avocado with Brussels sprouts, vadouvan, toasted rice, lime powder and yogurt; and beef tartare with crispy sweet potatoes.

What diners shouldn’t expect is a tasting menu if they take in tonight’s meal. “There are no rules. Just order what you feel like eating,” Voltaggio says. “You get to customize your night. This is a designer shopping experience.”