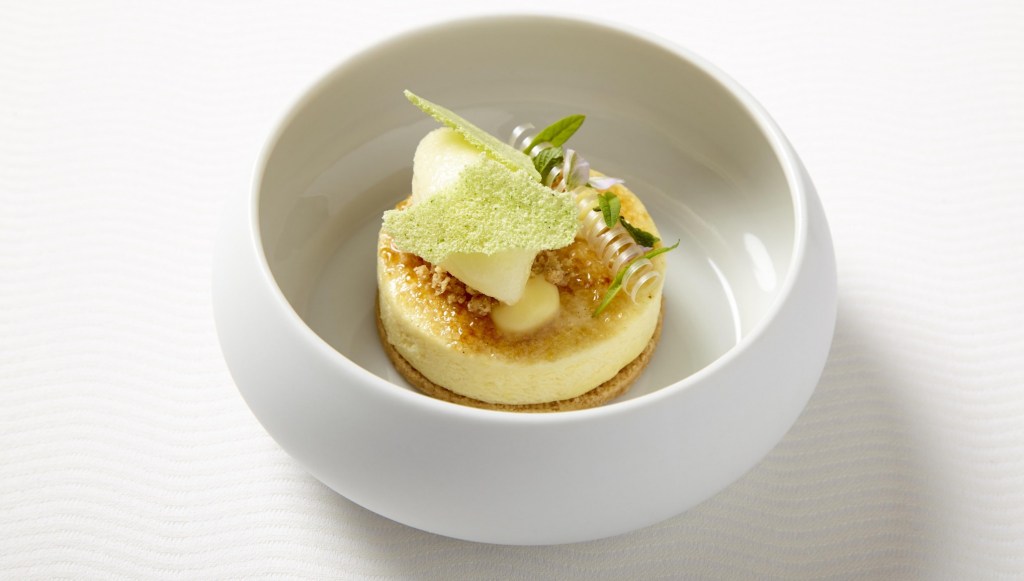 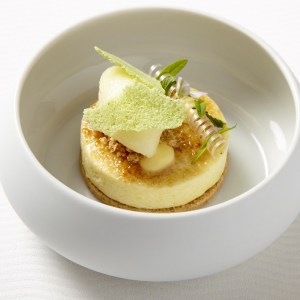 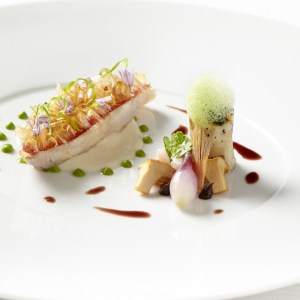 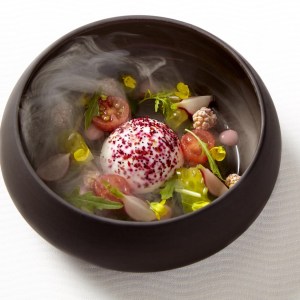 With summer in full bloom, Sixteen, the Michelin Two-Star, Forbes’ Five-Star restaurant at Trump International Hotel & Tower® Chicago, looks forward to progressing against its 2016 guiding theme: A Study in Ingredients, spotlighting the diverse nature and versatility of individual ingredients. In Executive Chef Thomas Lents’ kitchen, seasonality is the focus as demonstrated by the restaurant’s ability to showcase unique interpretations of quality, relevant ingredients. Sixteen values its relationships with local growers and producers, who extend the same level of passion towards excellence in terms of product – Chef Lents credits this appreciation as a vital component in making a great meal.

Retaining a consistent format to previous 2016 menus, current ingredient studies include: The Family of Lobster, A Study of Legumes, The Season’s Thistles, Corn: The Arrival of Summer and The Field of Flowers and Herbs. Guests can select one or more dishes in each of the following categories:

New this summer, Sixteen is excited to work with ingredients grown in the rooftop garden located on The Terrace at Trump. What began as an experiment guided by a collaborative effort between the culinary team at Sixteen, The Terrace at Trump and urban landscapers has presented the kitchen with an incredible range of hyper-locally grown herbs including Genovese, Thai and lemon basil, Mexican oregano, mint julep, peppermint, rosemary, papalo, lavender, pineapple sage, chives and several varieties of tomatoes, cucumbers and peppers.

The yield from the rooftop garden is incorporated in select dishes on Sixteen’s current menu, most notably the seasonal Summer Melons dish with Razor Clams and Espresso which uses cucumber flowers, cucumber vines and baby cucumbers, as well as the chocolate mint and a concentrated mint oil for garnish. As part of the Sixteen’s “To Conclude” course, the garden’s Thai and global basil flowers and fresh basil from the garden adds to the Sweet Corn, Blueberry and Basil dessert. Varieties of chives, thyme and flowers are incorporated throughout the menu including the Lavender-Poached Langoustine with Sea Buckthorn and a Petit Pastoral Salad.

The complete four-course tasting is priced at $175 per person, with a smaller three-selection menu (choosing one dish from “To Begin”, “To Follow” and “To Conclude” categories) available for $160. Elongated and abbreivated menus, as well as a la carte menu items, are available upon request. Wine pairings, curated by Sixteen’s Sommelier Parag Lalit, may be added for $125 for the Cru pairing, $250 for the premier pairing, and $750 for a reserve pairing.

Guests who reserve seating at Sixteen for a 5:30 p.m. reservation are invited to arrive 45 minutes prior to enjoy a complimentary glass of champagne at a private table at The Terrace at Trump offering breathtaking views of the city skyline.

Located on the 16th Floor of Trump International Hotel & Tower® Chicago, Sixteen was designed by Ivanka Trump and Chicago-based architects Valerio Dewalt Train Associates. Featuring world-class, modern American cuisine from Executive Chef Thomas Lents, Sixteen has received four-star ratings from Chicago magazine and the Chicago Tribune, a two-star designation from the 2015 Michelin Guide, and a Five-Star designation from the prestigious Forbes Travel Guide 2015. Sixteen serves breakfast daily from 6:30 to 11 a.m. and Sunday brunch from 11 a.m. to 2:30 p.m. Lunch is available Monday through Saturday from 11:30 a.m. to 2:30 p.m. Dinner is available daily from 5:30 p.m. to 10:00 p.m. The Bar at Sixteen, as well as the adjoining Bridges Room, open daily at 11 a.m. and serve a casual bistro menu from 2:30 p.m. to 10 p.m. For reservations, please call (312) 588-8030.

Trump International Hotel & Tower® Chicago, located in the heart of the city at 401 N. Wabash Avenue, welcomed its first hotel guests in January 2008. The hotel, comprising floors 14-27 of a 92-story residential tower developed by the Trump Organization, features 339 luxuriously appointed guestrooms including one-, two- and three-bedroom suites; Sixteen, the two-star Michelin-rated restaurant featuring the modern American cuisine of Executive Chef Thomas Lents; The Spa at Trump® with 53 specially appointed spa guest rooms; the Trump Health Club; Rebar, a chic cocktail lounge; The Terrace at Trump and more. Designed by the noted architectural firm of Skidmore, Owings & Merrill with interiors by McGinley Design, Trump International Hotel & Tower® Chicago is a stunning addition to Chicago’s distinguished skyline. The hotel and restaurant were each awarded five stars by the esteemed Forbes Travel Guide in 2015. The property has also been recognized by Travel + Leisure as one of the top 5 hotels for business travelers in the “World’s Best Awards” 2012 and named one of the “World’s Best Hotels” for 2013. For room and event reservations at Trump International Hotel & Tower® Chicago, call (312) 588-8000 or (877) 458-TRUMP (7867).

As part of the Trump Hotels, the Trump Estate Collection is comprised of extraordinary, diverse properties that feature Trump’s signature standard of Five-star hospitality and service excellence to provide the ultimate travel experiences. There are currently two properties within the Estate Collection including Albermarle Estate at Trump Winery in Charlottesville, VA and MacLeod House & Lodge in Aberdeen, Scotland.

Robb Recommends: This New American-Made Chef’s Knife Will Become the Most Versatile Blade in Your Kitchen