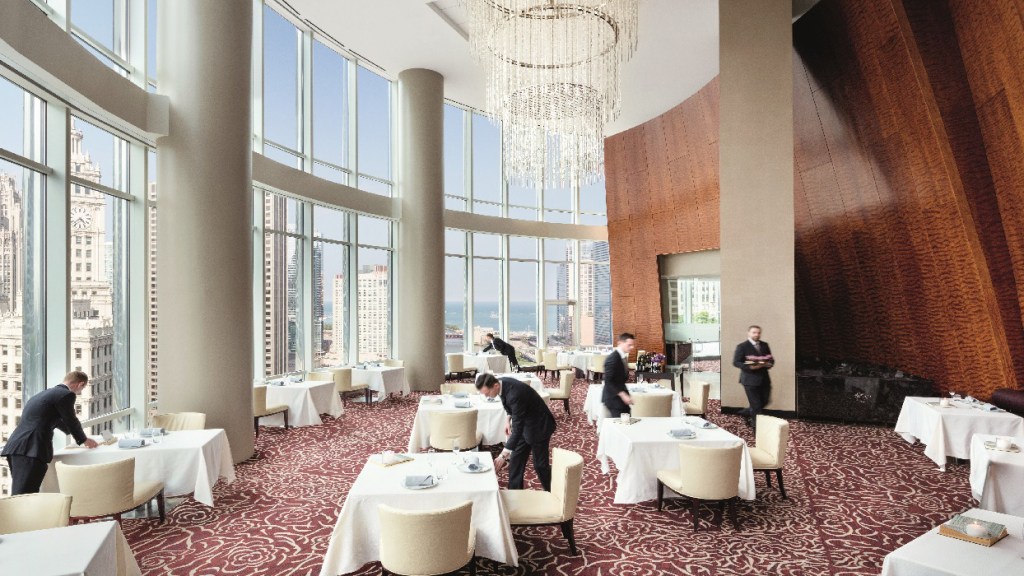 The Chicago curse continues. No, we don’t mean the Curse of the Billy Goat, which “prevented” the Cubs from winning the World Series (the Cubs finally broke that one) but the curse of Michelin in the Windy City. Yet another Michelin-decorated restaurant is shuttering. The team behind Sixteen, the two-star spot inside the Trump International Hotel and Tower in Chicago, has announced that it will close at the end of April.

It’s been a rough year for the upper echelons of Chicago dining. Before Sixteen’s announcement, a pair of two-star restaurants had closed: 42 Grams, which held its stars all 3 years it was eligible, and Chicago fine-dining stalwart Tru, which ended its 18-year run last fall. Before those, two-star restaurants, including Avenues and celebrity chef Graham Elliot’s eponymous spot, didn’t last.

And, of course, there’s the story of Grace, Curtis Duffy’s three-star restaurant that closed amid a rift with its primary investor. That closure has resulted in accusations in the press and a lawsuit. Since the Michelin guide debuted in Chicago starting in 2011, 30 percent of the restaurants earning stars have closed.

The space Sixteen occupies will not go fallow. And the chef, Nick Dostal, will actually stay on to revamp the concept, ditching the tasting-menu format that Michelin loves in favor of the upscale casual restaurants that are proliferating around the city, primarily in the thriving West Loop neighborhood.

“I hate the phrase ‘American new fine dining,’ but that’s what it is,” Dostal told Chicago magazine. “It’s a lot of my influence—French cuisine, Italian cuisine, and a lot of Asian flavors.”

The problem that restaurants in the Windy City are running into is that perhaps the populace isn’t as interested in tasting menus as Michelin is. In addition, what’s difficult about having two stars is that a diner will generally pay the same price there as at a three-star establishment. So when people are making the calculation in their head about where to spend their dollars on a high-end culinary experience, they’ll go with what Michelin has deemed the very best, even if Michelin’s definition of “best” is flawed in the first place.

Not all hope is lost for Chicago fine dining. Alinea is booked solid every night, and along with the fresh, young Oriole, there’s Smyth, which earned its second star last year (and served our roving food correspondent Mei Lin’s favorite dish for all of 2017). Smyth’s owners, married duo Karen and John Shields, have figured out how to make their tasting-menu project more economically sustainable. And they don’t just have Smyth; they’ve also opened a lively bar downstairs in the same building. That restaurant has quicker turnover and a less ambitious—albeit very delicious—menu. With that model of fine dining and casual in one space, they’re poised to keep the two-star curse at bay.