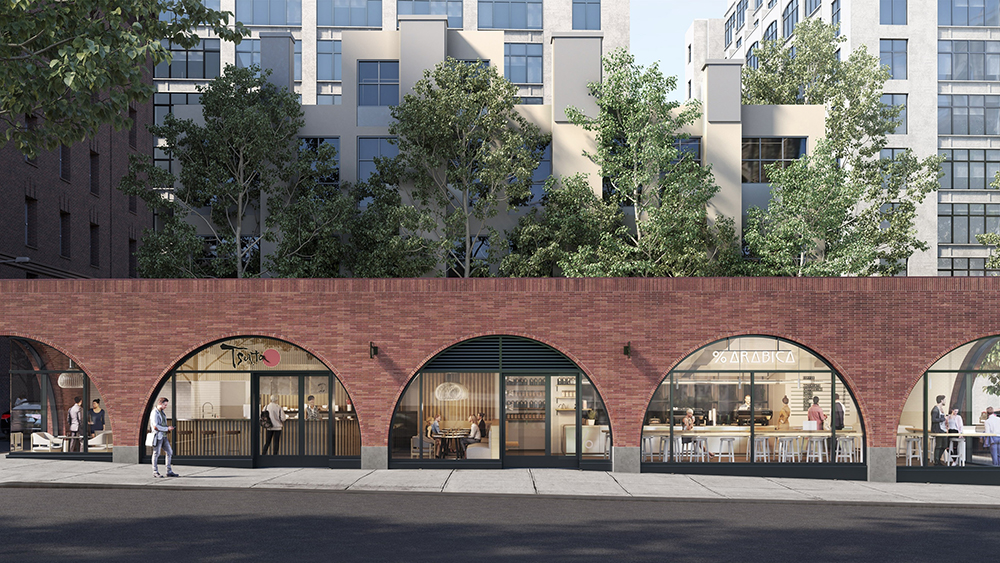 Back in 2015, a nine-seat noodle house in the heart of Tokyo became the first ramen restaurant to receive a Michelin star. Since then, Tsuta has become a global name and opened new locations in Singapore, the Philippines, Hong Kong, Taiwan and San Francisco. Now, New York gets its turn.

The ramen shop will be part of a new boutique retail hub in Brooklyn’s Dumbo neighborhood and is expected to open in late summer. The single-story development, dubbed 20 Old Fulton, was spearheaded by Avdoo Partners and will also feature an outpost of the famed Japanese coffee shop %Arabica.

At full capacity, Tsuta NYC will seat up to 40 diners inside, plus around 15 other guests outside. Ramen buffs can expect all of chef Yuki Onishi’s trademarks, including housemade noodles that blend several types of whole wheat flour to achieve the ideal texture and several of his renowned broths that are infused with truffle oil. The ramen is typically topped with sliced pork belly, leeks and other fresh ingredients. In contrast to the OG Tokyo joint, the NYC outpost will also offer sides such as karaage chicken and may introduce vegetarian ramen at a later stage.

A rendering of the new development, 20 Old Fulton, in Dumbo.  Avdoo Partners

This will not be the first Tsuta to open Stateside. In October of 2019, the restaurant made its hotly anticipated debut in San Francisco. The shop initially drew a crowd just like the Tokyo location, which sees noodles lovers lining up at 6 a.m. to score a bowl, though it received a lukewarm reception from one of the city’s top critics. The San Francisco Chronicle’s Soleil Ho, who reviewed the restaurant in January 2020, wrote: “If this is indeed the same ramen that Michelin lauded back in 2016, perhaps the honorable inspectors don’t know what good ramen is.”

The Tsuta team told Eater New York the San Francisco location was popular until it was forced to shut down in March 2020 due to the pandemic. The team added that the restaurant will stay shut for dining in until indoor capacity returns to 100 percent in the Bay Area, though it will continue to offer takeout. (Robb Report reached out to Tsuta for comment, but the team has yet to respond.)

None of that appears to have deterred Tsuta, though. The co-owner of New York operations, Alan Lo, confirmed to Eater that the team is planning at least one more NYC location and perhaps another in Canada, depending on how the NYC debut goes.

No one can argue that Tsuta has certainly come a long way since those first nine seats.