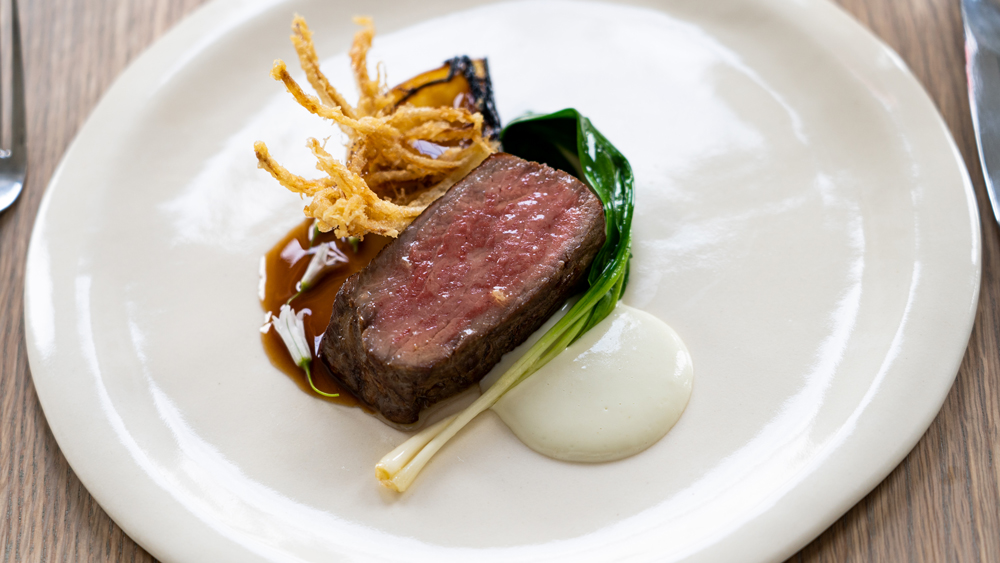 When New Yorkers fled the city in 2020, it inspired an exodus of hospitality workers and fine-dining chefs as well. One of those people was Colin Wyatt, who had spent the previous 12 years working as a chef at Eleven Madison Park and Daniel; he had led the EMP team that won “World’s Best Restaurant” in 2017.

“I had intended on living in New York for probably another six or eight years,” Wyatt said. “And then the pandemic hit. We made a decision to move back to a place where we felt comfortable.”

Wyatt took his family to Portland, Maine, where he had worked before his stint in New York and where his partner, Selena, grew up. When Wyatt arrived, he had planned to just lay low in the small city and reconnect with nature for a while. But once there, he linked up with some other fine-dining expats—such as the former dining room manager of Per Se—and they built a new place all their own.

This week, on July 14, Wyatt will open his new restaurant, Twelve (115 Thames St.), a tribute to the city he now calls home.

“We are fortunate. We get to cherry pick all of our favorite aspects of fine dining and apply it to this space,” Wyatt said. “One of the things we’re looking forward to doing is showing people that top-tier food and top-tier service need not be pretentious. Everyone can feel welcome.”

The 85-seat restaurant is located in a 127-year-old historic landmark building on the Portland Harbor waterfront, which is part of a massive, Hudson Yards-like revitalization venture.

“In order to save the building, we ended up disassembling it, put RFID tags on every brick, and reassembled it brick by brick, a few yards away, on a new steel and concrete frame,” said Casey Prentice, president of the Prentice Organization, the company that spearheaded the project.

Wyatt assembled his own staff, including naming former Per Se dining room manager Daniel Gorlas, who helped preserve three Michelin stars for the restaurant for years, as general manager. Wyatt also helped design the interior, which consists of reclaimed timber, bricks and aged brass, communal tables, and a chef’s counter. And he tapped local potters, furniture builders, and artisans to fill the space with their handmade designs.

Twelve was an opportunity he probably wouldn’t have ever gotten in New York, Wyatt says, where most restaurant openings now are relatively large, heavily financed operations where the chefs have very little control. Independence is cost-prohibitive.

“Those increasingly hard barriers to entry in New York and other major markets, even Boston, I think, have really fueled the growth of the food and beverage scene in [places like] Maine,” he said. “It’s accessible. It’s approachable. You have the opportunity to start something, own it, and watch it develop, which is rare these days.”

Prentice, who also left Maine and then returned, added, “The people who live here are choosing to live here. They don’t have to be here; they want to be here. There’s a certain level of happiness and passion [associated with that] and it really permeates through the mentality that exists within our industry here.”

Twelve will be open for dinner service Tuesday through Saturday. Reservations can be made via Tock. Amazingly, when Twelve opened its books last week for reservations, it received 500 within the first minute.