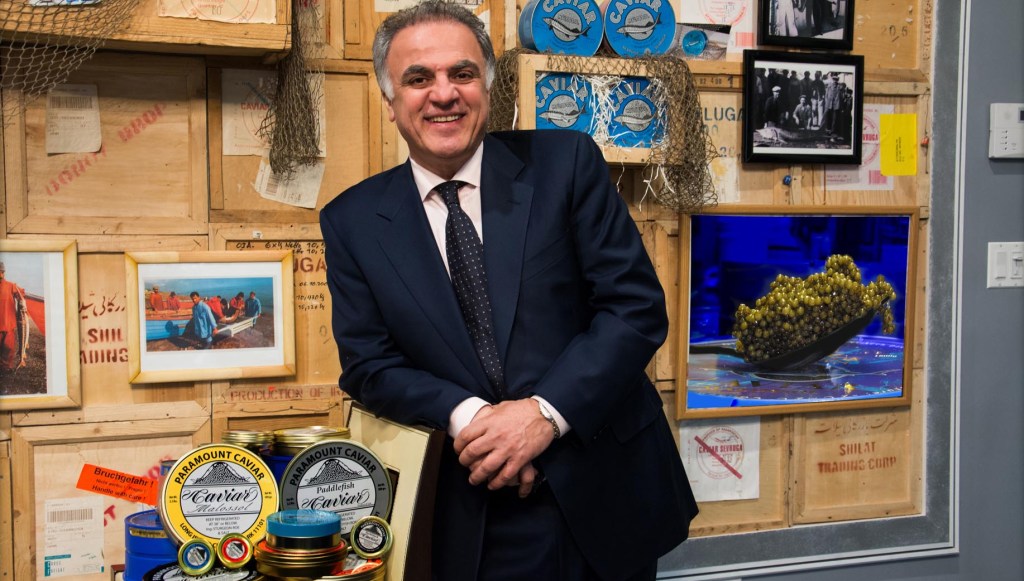 In 1991, co-founders Hossein Aimani & Amy Arrow-Aimani set out to bring the best caviar from around the world to the United States. Over the course of the last 25 years, Paramount Caviar has been guided by an overarching commitment to select the world’s best caviar for its elite clientele.

The story began by the shores of the Caspian Sea, where Hossein was raised watching the fishermen harvest the world’s prized sturgeon to create the most desirable caviar. His love and passion for this highly acclaimed product lead him to work at Caviar Direct in New York City, where he learned the business of  caviar. In 1991, the husband and wife team started their own epicurean brand. Aimani’s strategy of seeking out the best caviar has taken him around the world fostering relationships with the world best sturgeon farms from the largest in Asia to the artisanal farms in Europe. Enabling Paramount to provide one of the largest, most diverse lines of caviar including, “Persian Osetra” also known as the Shah’s caviar. This highly coveted and extremely rare caviar is farmed in Venice, Italy and sold at retail for $350 per ounce. This rare jewel is sure to delight the most discriminating of caviar connoisseurs.  As for Aimani, his thrill is not just to acquire the rarest, but to be the only one who can offer it. Our exclusive products are the keys to our success.

In celebration of the first 25 wonderful years of Paramount Caviar, Hossein is giving one lucky winner a caviar tasting kit containing the exclusive and very rare Persian Osetra (Acipenser persicus), along with all of the traditional accompaniments, including an engraved spoon, valued at $900.00.   No purchase necessary. Open to legal residents of the contiguous 48 United States and D.C., age 21 or older. Void in Alaska, Hawaii and where prohibited.  Odds of winning depend on number of entries received. Sweepstakes end at 5:00 p.m. ET on November 1, 2016. For full official rules, visit ww.paramountcaviar.com.

In addition to the exciting sweepstakes Paramount Caviar has commissioned Capital Promotions to  create a Swarovski commemorative caviar spoon adorned with the world’s finest crystals. This one of a kind caviar spoon will be exclusively at www.paramountcaviar.com.

Paramount is at the forefront of the industry in an effort to conserve the rapidly depleting supply of this prehistoric fish.  Paramount caviar and its customers stand behind and fully support the efforts of CITES (Convention on International Trade & Endangered Species) to protect this species from pouching.  Paramount is dedicated to importing and distributing only legally produced wild and farmed sustainable caviar from all over the world.