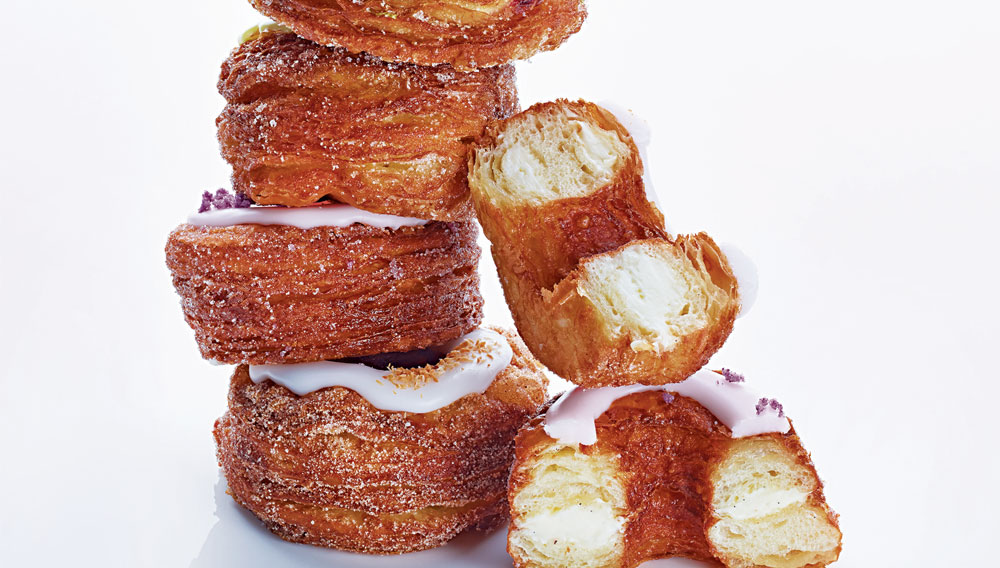 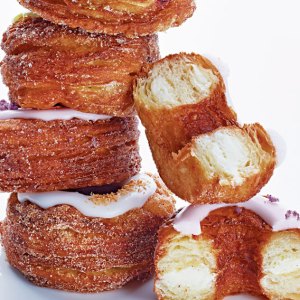 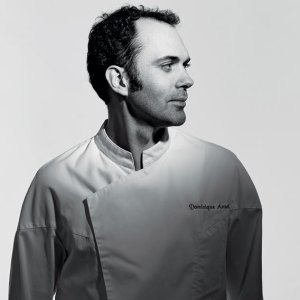 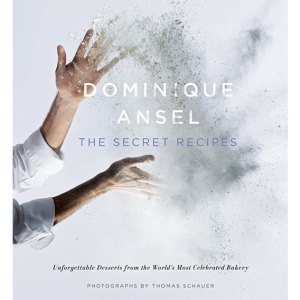 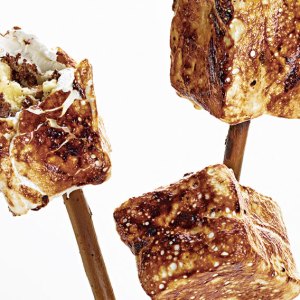 Dominique Ansel may be forever linked to the Cronut and the craze inspired by his delectable, flaky hybrid of a croissant and a doughnut. But his accomplishments range far beyond that one sweet bite. Classically trained in Paris, Ansel worked at the revered Parisian bakery Fauchonand was the executive pastry chef at Daniel in New York City before opening Dominique Ansel Bakery in 2011. He is one of the most wildly inventive pastry chefs in the world, gathering wisps of inspiration from almost everywhere and transforming them into magical desserts. His s’more, for example, is a complex creation of vanilla ice cream made chewy with honey, covered with crisp chocolate feuilletine, and encased in a marshmallow cube, which is toasted to order and served on a smoked willow branch. “It’s warm, cold, chewy, crunchy, bitter, and sweet,” he says. “And I wanted the feeling of being outside in the country, so I smoked the branch.”

Now one lucky Robb Report reader will be the focus of Ansel’s legendary creativity, when he invents an original dessert inspired by what the recipient loves best. Ansel will begin his research by inviting the recipient and a guest to New York City, first to spend an early morning in the bakeshop with him. The shop is humming 24 hours a day (Ansel arrives each day at 4 am), with three shifts of bakers from prestigious restaurants and culinary schools such as Johnson & Wales University filling Cronuts with sage cream and pear puree as well as making other desserts and savory foods.

The next day will be spent on the town, as Ansel gives the recipient and his or her guest a food tour of the city, including some of his favorite places to dine. “It’s not only desserts but also savory foods that are inspiring,” he says. “Dessert is an element of the whole meal for me.” For example, a recent cup of barley tea in Koreatown—“deep, dark, and nutty,” he recalls—inspired a new take on the religieuse, a two-tiered cream puff filled with barley cream and decorated to resemble an owl.

For the recipient’s gift, Ansel says, “I want to know what you love and what you’re eating. What did you grow up eating? What did your mother make? Who was eating it with you? Food is all about connecting with people. You have to understand that food is very emotional. A moment when you had something special lives in your memory. That moment stays with you forever.”

And then, Ansel—who may be the world’s most secretive pastry chef—will do perhaps the most remarkable thing of all: He will share the recipe with the recipient, so that he or she can continue to make this special dessert at home after the year is up.

Scheduling is subject to the availability of Dominique Ansel. If the recipient lives outside New York City, first-class flights and accommodations for the chef and his staff will be added to the purchase price. The custom dessert cannot be published or resold or reproduced outside of private use.

The Best Gifts for a Home Bar, According to a Professional Bartender 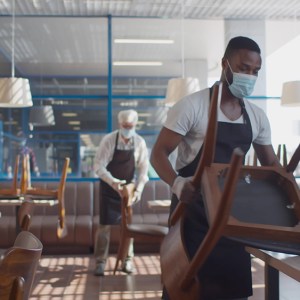 Don’t Get It Twisted: The US Government Decided to Let Independent Restaurants Die