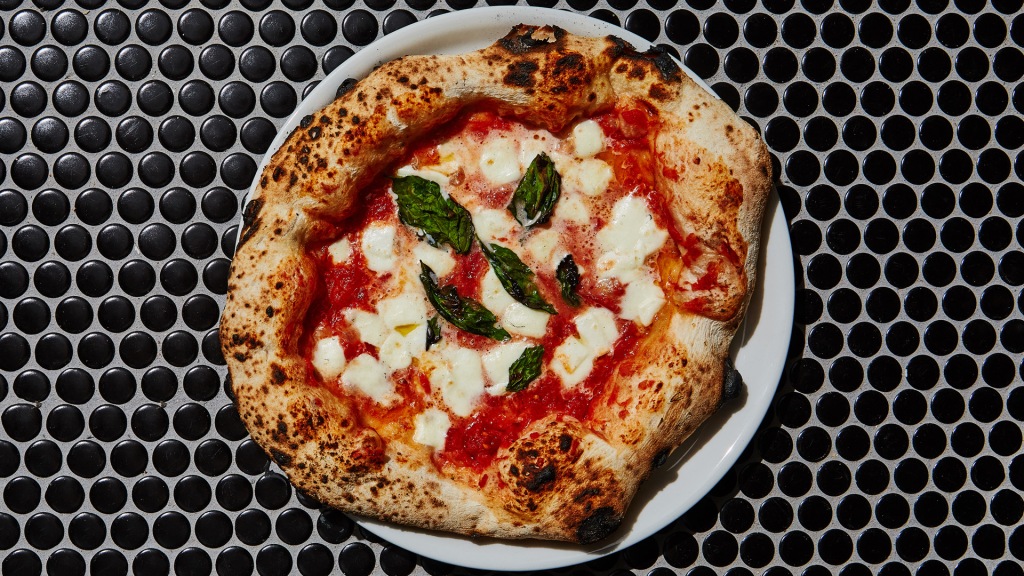 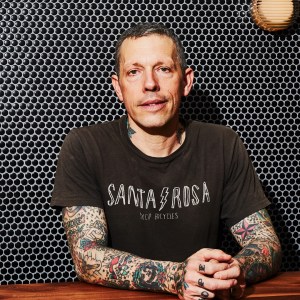 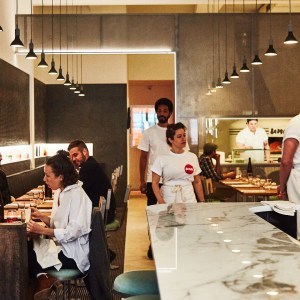 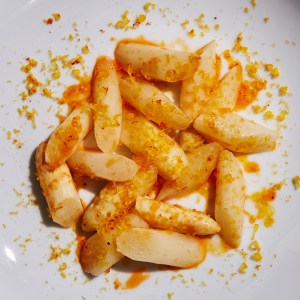 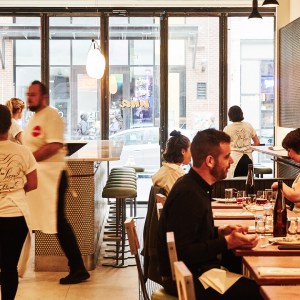 For many Americans, pizza was—and still is—that perfectly round, greasy disc that Domino’s or Pizza Hut delivers to their door. But as with many foods in the last couple decades, Americans have eschewed the overly processed versions they’d come to love in favor of getting back to roots. In the world of pizza, that meant eating the flatbread with sauce and cheese as its made in Naples, Italy. One of the people greatly responsible for this isn’t a guy from the Old Country, but a pizzaiolo from the Jersey Shore, who eventually made his way to Manhattan to seduce New Yorkers with his Neapolitan pies, Anthony Mangieri.

Did Italians really invent pizza in Naples? Well, that’s debatable, but what’s not up for argument is that for more than a century the city has been the spiritual home for it. At a young age, Mangieri visited Italy and fell for Naples. In the early ’90s he opened his own bakery in Point Pleasant, New Jersey, and then in 1996 his first location of Una Pizza Napoletana. Making the move to the East Village in 2004, the proud pizza-eating people of New York accepted his pie that was different than the big, foldable slices with dry mozzarella on top that constitutes New York style.

He makes his dough without yeast, preferring naturally occurring bacteria in the air to make it rise. His sauce is crafted from San Marzano tomatoes, he uses fresh buffalo di mozzarella cheese, and he cooks the pies in a wood-fired oven that he can be very finicky about. For instance, he once had an oven custom-built for him, didn’t like it, tore it out, then had a 4,000-lb. one floated across the Atlantic from Naples at a cost of $40,000. Hence, any profile about Mangieri will likely include the adjective “obsessive.”

He broke the hearts of many a New Yorker when he departed for San Francisco at the end of the last decade, and plied his trade at a West Coast outpost of Una Pizza. Again, he built a cult following for his pie. But a glimmer of hope for New Yorkers was spotted by Eater NY last November when it noticed that the liquor license request that Jeremiah Stone and Fabian von Hauske Valtierra— Robb Report’s 2018 Best Young Chef winners—had details indicating they were doing so on behalf of an Una Pizza return. After playing coy for a bit, the trio revealed they’d teamed up and that Mangieri would return to make a new Una Pizza with von Hauske and Stone.

This week, the new iteration opened on New York’s Lower East Side. We sat down with Stone and von Hauske to discuss how the partnership with Mangieri came to be, their approach to creating dishes for a restaurant that had previously served nothing but pizza, and how they built a wine list for the new place.

How did this happen?
Stone: This is a product of us looking at not just growing, but also seeing the natural progression of what we need to do and who we want to be around. I’ve always been a really big fan, so I went to a popup and Danny Bowien from Mission Chinese introduced us. It spread from that. We’ve started a conversation that led to us realizing we all really got along and had similar tastes. Basically said, “Well, let’s try and come up with an idea for New York.” He expressed the idea of moving out back East after a few years in San Francisco. We had a couple of different ideas and possible opportunities in the works, and we shifted things to make this the priority.

Von Hauske: When we went to his place, we knew that it was someone that we wanted to work with. I think when he came in to eat here, he became very excited about the idea of working together.

What made you such a big fan of Anthony and his pizza?
Stone: For me, it’s the hands that make it, and the attention, the care. I think he’s never had a desire to grow beyond just making really good pizza.

Von Hauske: Cooking is very easy, but it requires that person to be obsessed with the small details. I become very stressed when an ice cream is spun and it’s not the perfect consistency when it’s being served. That’s something that I myself, and other chefs, do a lot of things that people will never notice. Like a lot of people will tell you that the customer’s not going to notice if the ice cream is starting to melt, or if it’s too hard. But you know. You know where the ice cream needs to be at the exact same time for it to be perfect. It’s the same with Jeremiah. He becomes very stressed when a piece of chicken or a piece of fish is not cooked the exact way that it needs to be cooked.

It’s the same thing with Anthony. What’s interesting is if I went to a pizzeria and I had a pizza on their good day and I had a pizza on their bad day, I wouldn’t be able to tell you what it was, but he would be able to tell me. He’d be like, “No, the dough didn’t rise enough, or the tomato sauce wasn’t seasoned enough,” or those things. That’s the thing that really attracted to each other, that we become obsessed with very small tiny details that no one else would be.

What is different about this latest iteration of Una Pizza?
Von Hauske: What he does will remain the same. In San Francisco and before in New York, he just had pizzas. He didn’t have salads or appetizers or desserts. His wine list and his beverage list was very small, and so that’s where we’ve designed a menu that fits around the pizzas. That’s what has changed. Why we get along with him is because our personalities are very similar. We want to respect what he does and add what we do on top of that.

Stone: We wouldn’t want someone to come to step on our toes. We came up with stuff that presented to him that we wanted him to be really into. He mentioned that he wasn’t really looking to work with anyone else, but it just happened to be he liked what we did.

This relationship is allowing him to have a place where his menu is broader by working with you, while still keeping his focus on pizza.
Stone: The real interest for us is we get to be a part of it. We get to be really proud to serve that pizza. It’s almost like if we hired someone in this kitchen and they’re just going to focus on one thing and just be amazing at it. Then for him he was like, “Oh, I wanted to hire some people to do a great wine list.” We really found each other in way where he doesn’t drink. His passion’s not wine. For us, that’s a big thing. We love drinking all of these kinds of wines. We really get to work together in a way that we get to show what we like to do and be in control, and he gets to do the same thing.

Wine is so important to Wildair and Contra, how did you approach building the list at Una Pizza?
Stone: They’re the same exact mentality, which was simply done, natural. The focus was like the root is Italian. We’ll veer off from there, neighboring countries, things that go well with it.

Von Hauske: A lot of the Italian wines are very heavy for [Contra]. That’s why we don’t have them on the list. The food’s very subtle and the wines tend to be that way here. That’s sort of the approach we’re taking. I guess with the wines it’s different because at least in the food we can look at Italy and have that reference and bring it back and use those flavors with what we do. Anthony is very close to a couple winemakers in Italy as well that we work with. It’s just that relationship we just want to grow it before we introduce anything else.

Do you ever look to Italian varietals grown in the U.S.?
Stone: The way we always approach things is if it’s good and it’s great and it works, but if we find a better version in Italy, we’d much rather go to the source.