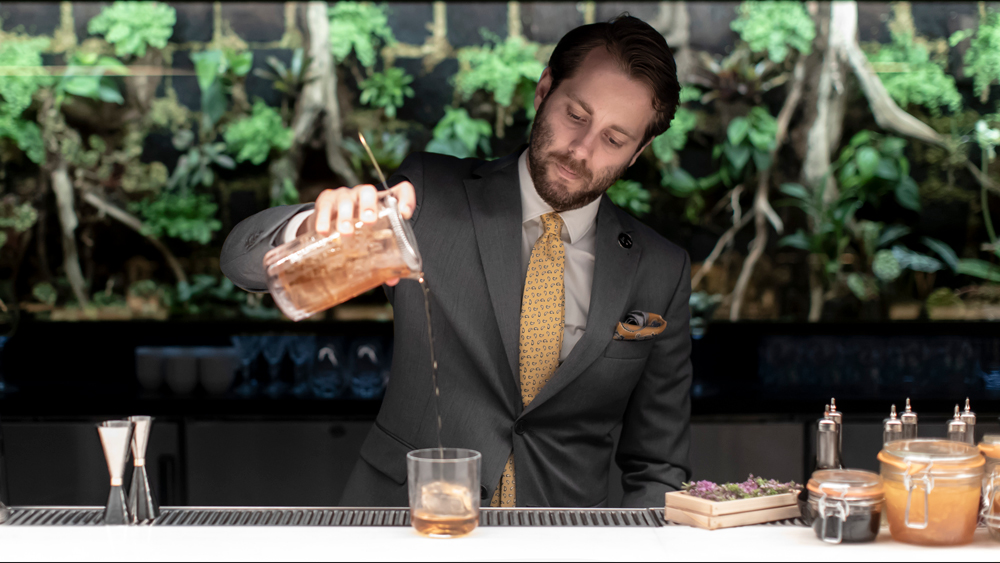 Simon Kim, we believe, had a brilliant idea. After years in the restaurant industry, he opened his dream restaurant. He merged the fun and flavors of Korean barbecue with the premium cuts of beef, cocktails, and great wine you find at the classic American steakhouse. In 2017, Cote was born. Along with David Shim, formerly of M. Wells steakhouse, they created a place worthy of a Michelin star and of inclusion in our Best New Restaurants in America list.

More than year into its opening, it can still be a tough reservation at the buzzy and bustling steakhouse (unless you like eating at 5 pm on a Tuesday). But Cote’s much-anticipated expansion is complete and Kim will open Undercote tonight.

Up until today, when you’d head downstairs at Cote there wasn’t much to greet you except a window looking onto an array of aging cuts of beef for the patrons upstairs. Now, alongside that meatopia is a subterranean lounge that’s filled with plants, moody lighting, ambient music, and some of the drinks and bites that made Cote must-visit. You won’t be grilling meat at the table like you do upstairs, but Undercote is still likely to become just as packed.

At Cote, bartender Sondre Kasin has played off of the restaurant’s Korean influence by incorporating soju in his cocktail list. For example, his Seoul-Side features soju, East India Solera Sherry, lime, and mint; and his Lovin’ Spoonful, made from soju, passion fruit liqueur, lemon, and mint. Downstairs he’ll also take the lead on crafting a similarly playful cocktail menu for the loungey spot.

The wine program will be led by Victoria James, the wine prodigy who became a sommelier pretty much as soon as it was legal for her to drink. At just 25 years old she was on the Wine Enthusiast 40 Under 40 list, and now she’s pouring some outstanding vintages by the glass all from magnums.

Undercote opens at 6:30 Thursday through Saturday, and reservations can be made by emailing   janus@undercotenyc.com.