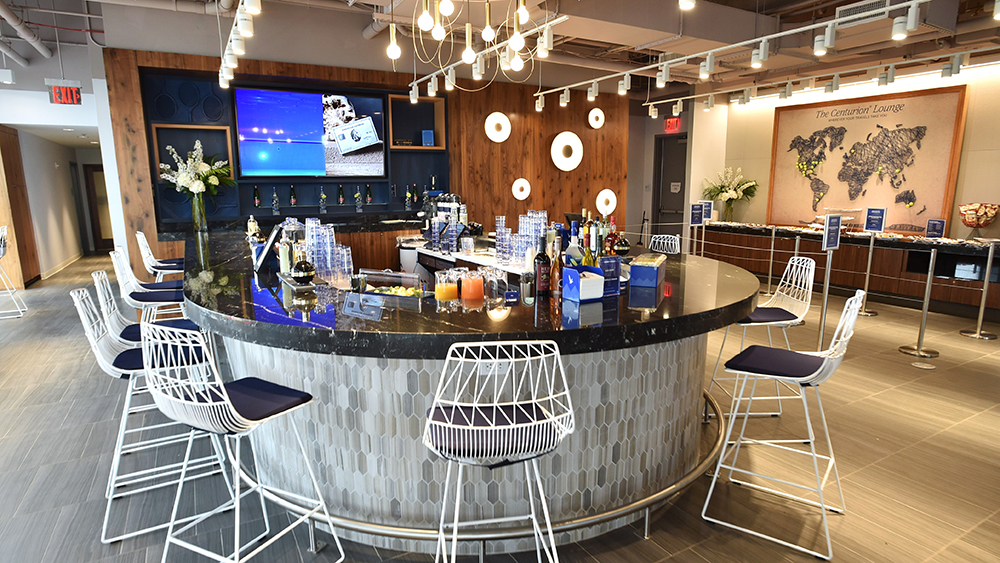 Another tennis tournament, another assortment of delicious food for spectators to indulge in. Hot on the heels of the Citi Open in Washington, DC, the US Open kicks off later this month, on August 29—and those in attendance will have the opportunity to partake in some premium food offerings while they watch the matches.

Notable this year is American Express’s Centurion Suite at the Louis Armstrong Stadium, where Platinum Card members will have exclusive access to specially curated food from a few big-name chefs. Cedric Vongerichten (of Wayan), Michael Solomonov (Zahav, Merkaz and Laser Wolf in Brooklyn and Philly) and Ignacio Mattos (Estela, Lodi) will each be offering a complimentary appetizer, entrée and dessert. Their menu will be paired with drinks from the mixologist Jim Meehan (formerly of Please Don’t Tell), who’ll be serving up the Blue Door as the signature lounge cocktail. Other options will include a gin-based Wayne’s Collins and the IPA and grapefruit-soda Grail Ale.

Outside of the Centurion Suite, you’ll have plenty of culinary options during the multi-week affair. But if it’s really the food you’ll be showing up for, you can sample a good deal of the dishes at the US Open’s first-ever food event, Flavors of the Open, taking place August 25. More than a dozen chefs and restaurants will be on hand, with music and entertainment to accompany their meals. You’ll even get to watch some of the top athletes practice for the main event.

But back to the food. The chefs in attendance at Flavors of the Open will include Alex Guarnaschelli, David Burke, Josh Capon, Pat LaFrieda and JJ Johnson. And you’ll get to sample eats from vendors such as Fly Fish Café, Benjamin Steakhouse Burger, Hill Country Barbecue Market, Korilla, Fuku and Van Leeuwen, among others.

If you’re someone who prefers your food with a side of tennis (rather than the other way around), you can buy tickets to Flavors of the Open for $175. Meanwhile, reservations for AmEx’s Centurion Suite can be made on Resy.

Both options seem like an easy game, set, match to us.