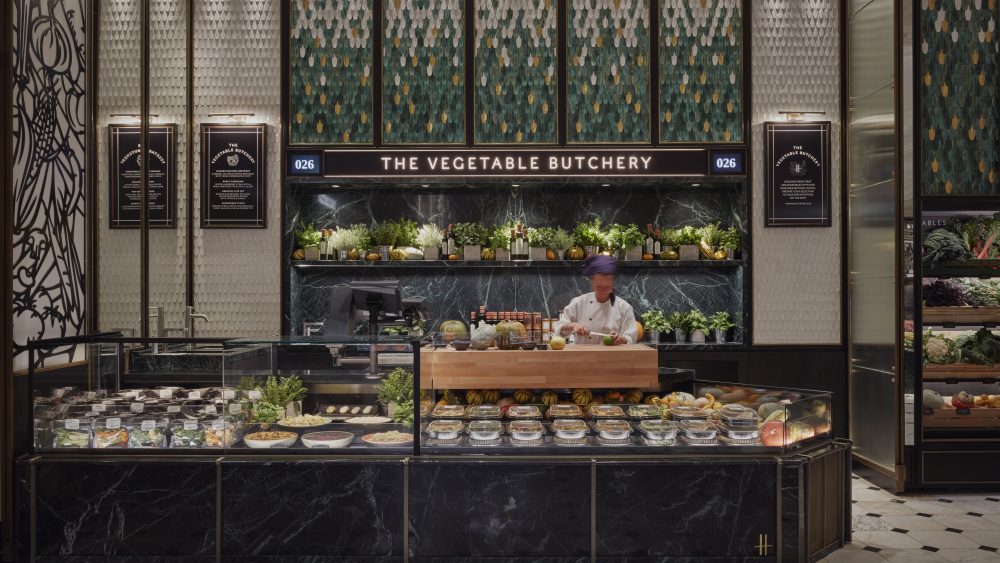 The title “vegetable butcher” sounds like an oxymoron. It’s nomenclature that, until now, has been reserved for pursuits with a bit more meat on them—literally. But the Fresh Market Hall at Harrods in London looks to change all that, boasting a new team of veg specialists who chop, julienne, spiralize and season bespoke cuts of broccoli, brussels sprouts, beets and the like so you don’t have to. One might even go so far as to call it a “vegetable butchery.” Harrods certainly does.

With a quarter of Brits reportedly foregoing meat and fish at dinner, Harrods is banking that the vegetable butchers’ expert advice on such culinary quandaries as how to sauté eggplant in miso butter glaze or blend a super green smoothie of kale, spinach, celery, lime and pineapple will be in high demand. However, meat butchers’ knives are out over it. “I think many butchers will see the name as a sleight on their skills,” says Keith Fisher, chief executive at the Institute of Meat. “It’s not just about chopping something up—greengrocers can do that and so can housewives.” Yikes.

Still, the Harrods team retains its title, regardless of how controversial Fisher and friends might find it. Turns out the luxury department store isn’t alone in its obstinance, as the movement has begun to make its way stateside. Showfish, a fresh-off-the-boat restaurant in the Hamptons’ Gurney’s Star Island Resort & Marina, will feature a centralized vegetable butcher as part of its culinary offerings. Additionally, eponymous pop-up the Vegetable Butcher is making the rounds in Florida’s Daytona Beach area, educating the masses on the perks of a plant-based diet (and a pretty tasty one at that).

Meanwhile, back at Harrods, the veg has never looked greener—or more in season. When she’s not busy preparing fresh cuts, vegetable butcher Jasmin Makishi acts as a culinary resource for customers, recommending in-season produce and translating it into fully realized dishes. All carnage occurs behind a glass counter, just as it would at a traditional butcher. It’s on-display work that brings, in the words of Makishi, “theater and experience” to the world of spinach and celery.