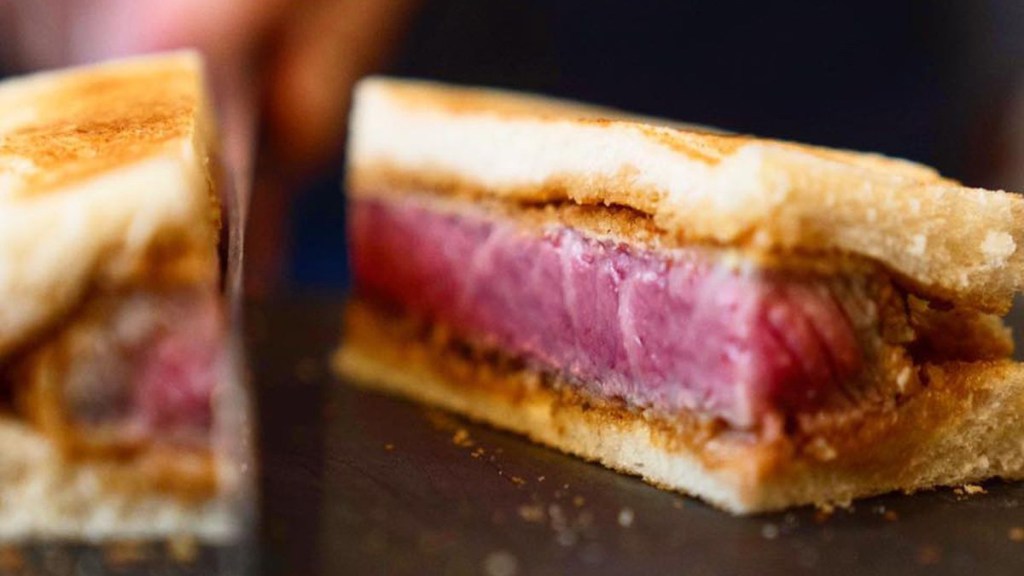 San Francisco’s loss is New York’s gain. Last summer Wagyumafia, the restaurant behind Tokyo’s exorbitantly priced steak sandwich, announced it would open an outpost in San Francisco, so Bay Area citizens could drop $180 on some rich A5 wagyu between two slices of Japanese milk bread. The cutlet sandwich was to arrive with a steakhouse and butcher shop filled with Wagyumafia’s beef, but those plans have been scrapped, as the original partnership that was bringing the company to America fell through.

Instead, Wagyumafia’s Hisato Hamada has confirmed with Eater that he’ll bring his two-year-old restaurant to New York City instead.

In Japan, Hamada has been dubbed “The Wagyu Master” for spreading the gospel of fatty Kobe beef. Over two decades, he’s developed relationships with the country’s best ranchers, making him one of Japan’s leading suppliers and exporters of wagyu. He and his business partner Takafumi Horie have turned that pipeline of premium meat into a mini-empire built around their obsession with the country’s finest wagyu. They have a members-only dining club where they serve wagyu, paid the highest price for a Kobe cow in 2016 (though that $50,000 was much less than the $323,195 Hiroshi Onodera paid for a single Pacific bluefin tuna), and have a sandwich shop devoted to selling their $180 wagyu sandwich.

The sandwich’s price tag comes from the fact it’s made with such a select cut of steak. It begins with Kobe beef chateaubriand, which is a portion of the tenderloin. There’s only about 1.3 lbs. of chateaubriand in a 1,300-lb. cow, so you’re paying not just that it’s an extremely tender cut, but also it’s pretty rare—thus fetching a very high price. For example, at the original Waygumafia location, ordering a 12-oz portion costs $2,500. The rest of the preparation is pretty simple. A slice of the filet is breaded and fried, and then placed on toasted white bread that’s been smeared with a sauce made from soy sauce and vinegar.

Although Hamada says the epic sandwich is coming to New York, he was still vague about additional details, like where the restaurant will actually be located. Though, he does say you should expect to see it open in late 2018 or perhaps 2019. So for now you’ll have to get you wagyu fix elsewhere.