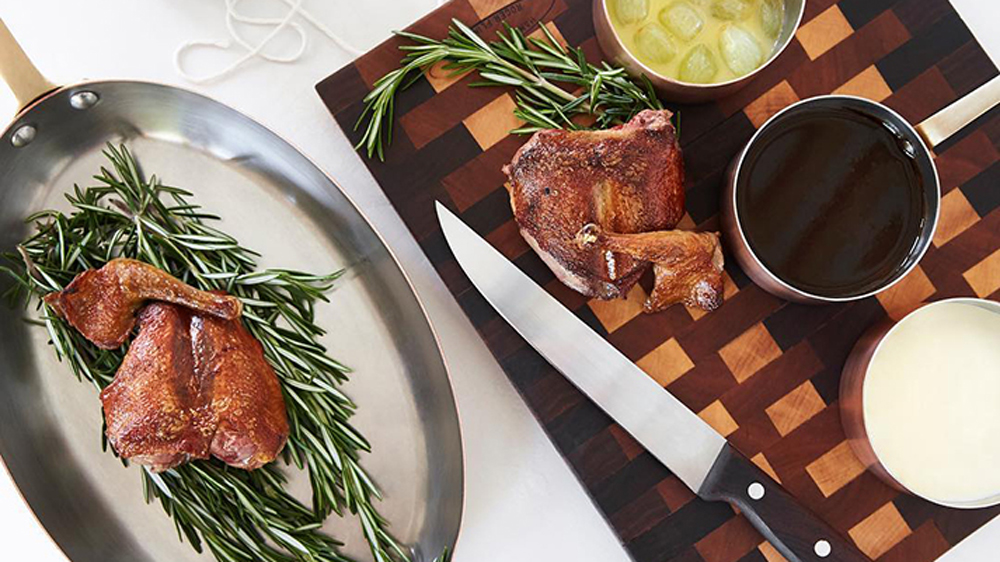 After 40 years of cooking, Patrick O’Connell has earned his third Michelin star.

The little red guide revealed its selections for DC on Thursday, and after two years sitting at two stars, O’Connell’s Inn at Little Washington earned Michelin’s highest honor. Nestled near the Blue Ridge Mountains of Virginia in a town of fewer than 200 people, he opened his Inn 40 years ago in a former garage, building it into a temple of gastronomy over the last four decades. The self-taught chef pioneered American farm-to-table cooking, while leaning on modern French technique that the Gallic food guide especially loves.

“Over several visits, our inspectors were most impressed by the balance of creative, chef-driven cuisine and impeccable technique from chef O’Connell,” said Michael Ellis, the Michelin Guide’s director.

This is the tire-maker-turned-foodie-bible’s third edition in the nation’s capital. Last year was a decidedly lackluster affair. Only two new restaurants—Komi and Métier—joined the list, and none of the established one-stars bumped up to two, and no two-stars graduated to three.

Staying at two stars this year is José Andrés’ avant garde restaurant Minibar. But he’s been much more occupied this year with humanitarian efforts in hurricane-ravaged areas Puerto Rico and Houston.

A pair of restaurants picked up their first stars in the latest guide. Bresca is run by Ryan Ratino, an alum of some impressive kitchens including Minibar and Wylie Dufresne’s WD~50. His restaurant, which he classifies modern bistronomy, features creative dishes like foie gras cake pops and burrata with baby carrots. Robert Wiedmaier’s seafood-centric Siren also nabbed a star.

With this being Michelin, of course there are controversies over places left off, including Maydan, one of the DC’s most celebrated new restaurants. “I think they were certainly close to a star,” Ellis told Eater DC, citing inconsistencies that could be attributed to cooking over live fire.

Here is the complete list of star recipients for 2019: