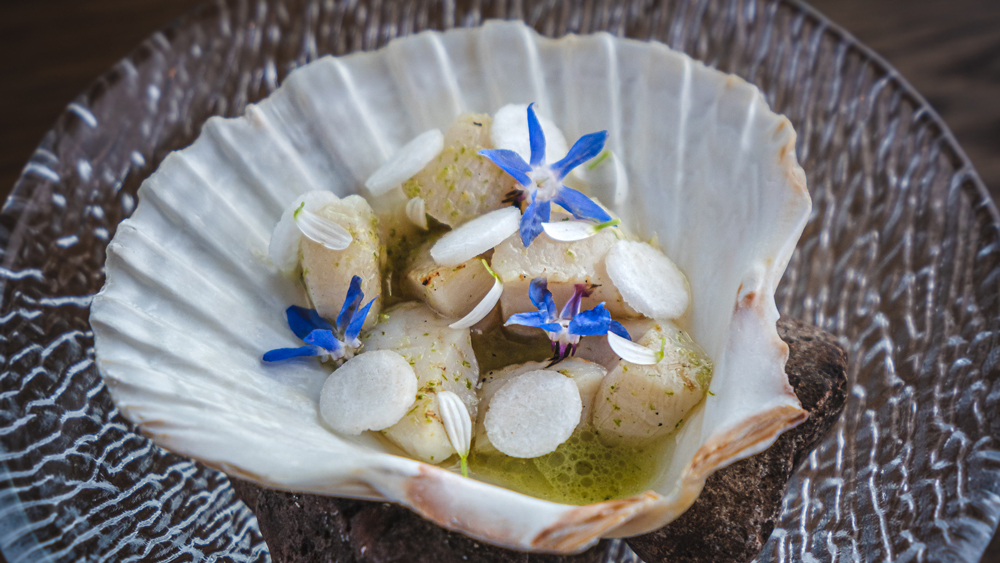 When chef Kevin Fink was first putting together his Austin restaurant Emmer & Rye a half-decade ago, he really wanted to cook with fire. At the location he’d already selected, the space wouldn’t accommodate it. However, the idea stuck in the back of his mind. He’s opened other restaurants since, like TLV, which serves Israeli street food and the fast-casual Henbit, but Hestia was finally his chance to build a restaurant around a hearth and live-fire cooking. He certainly made the best of it, creating the restaurant we’ve just crowned the Best New Restaurant in America.

Almost everything on the menu at Hestia is touched in some way by fire or smoke, from the onion ash on the rolls to the char on the Wagyu. To show how he and his team builds dishes at the restaurant, he joins our culinary editor Jeremy Repanich on Instagram Live to prepare grilled diver scallops with green coriander kosho, beef fat, lemon juice, sansho pepper and daikon.

In this episode of Robb Report Culinary School Fink goes over the basics of the dish and also shares how he’s handling the shutdown and what he’d like to do once the Covid-19 crisis passes.

The chef behind our Best New Restaurant in America, @kevinfinkatx of @hestia_austin, joins our culinary editor @jrepanich to show how he makes his scallops with beef fat.