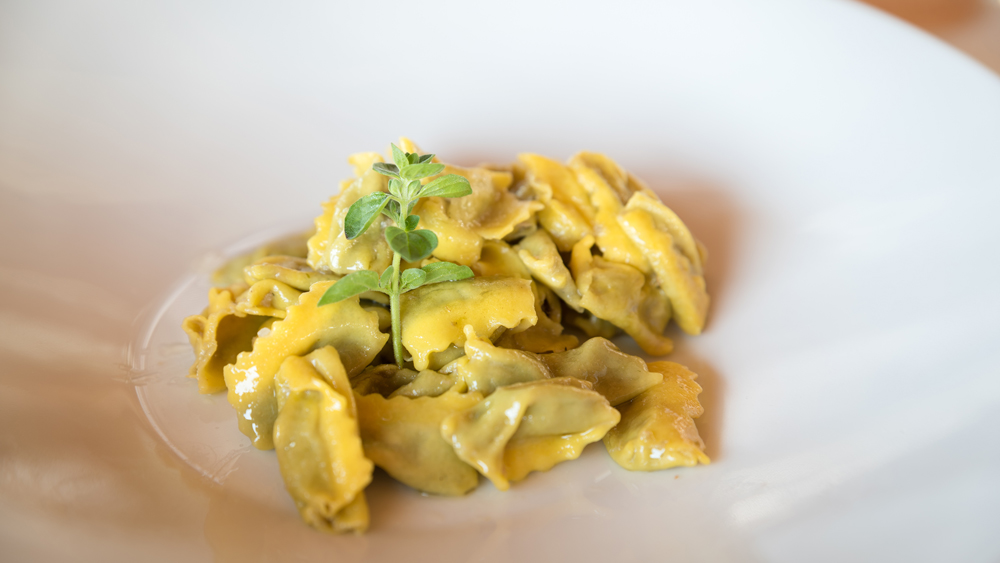 Daniel Holzman cut his teeth in the New York restaurant scene, working at fancy, four-star French restaurants. But something didn’t quite sit right for him. Like many chefs of his generation, when it was time to create his own restaurant, he looked to do something more casual and laid back than Le Bernardin. So with his friend Michael Chernow he created The Meatball Shop, serving its eponymous product to hungry hordes on Manhattan’s Lower East Side.

Now Holzman is living in LA, working on a new cookbook and preparing to open a new pizza place next year. That restaurant, Danny Boy’s Famous Original, will be devoted to his twist on the New York slice as well as the grandma pie. But, in the meantime, he’s working on all sorts of cooking projects at home, including a recipe for stuffed pasta.

In this episode of Robb Report Culinary School, Holzman joins culinary editor Jeremy Repanich to show how he makes agnolotti from scratch. He begins with semolina and all purpose flour and some egg, kneads the dough, lets it rest, uses his Kitchenaid mixer pasta attachment to roll out long sheets and then fills it with ricotta. From there, he picks sage from his garden, crisps it in brown butter and tosses it with the boiled stuffed pasta. While he works through his process, Holzman discusses living in LA, making a guest appearance on Selena Gomez’s show and where he’d most like to go when the pandemic is over.