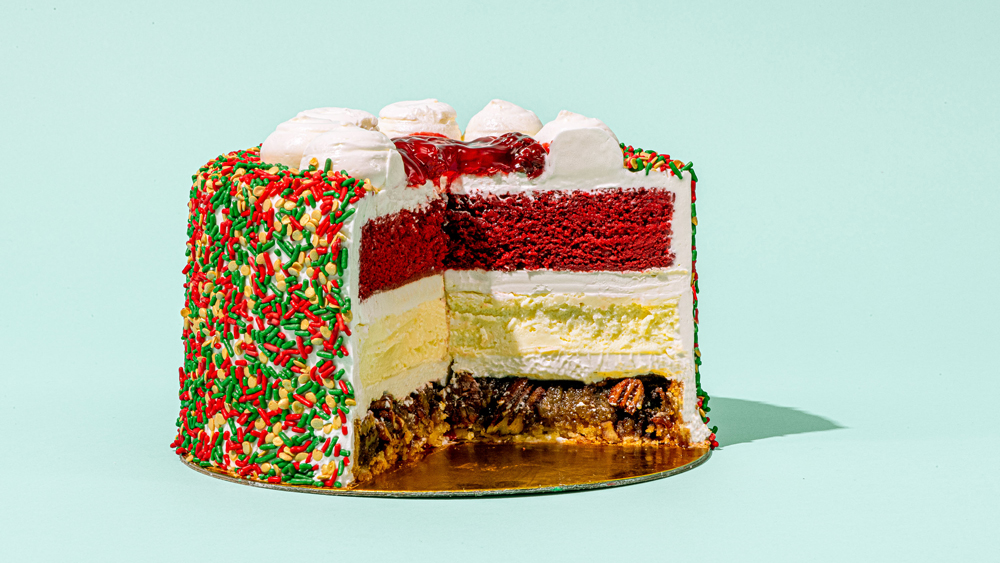 It began as a bit of a joke that got out of hand. What if you made the sweets version of a turducken (a chicken stuffed in a duck stuffed in a turkey)? What you’d end up with was Zac Young’s PieCaken. The initial iteration combined Thanksgiving favorites pecan pie, pumpkin pie, spice cake, cinnamon buttercream and topped off with apple pie filling inspired by the McDonald’s pies Young used to love as a kid. The PieCaken became a sensation.

Yet, this whimsical creation comes with a lot of old school French technique. After working at Bouchon Bakery and as pastry chef at Butter in New York, Young went to France to learn from some legendary pastry chefs and chocolatiers. Armed with that technique, he was able to create the architectural feat that is the PieCaken. In this episode of Robb Report Culinary School, Young joins culinary editor Jeremy Repanich to talk through the creation of the PieCaken, while also giving a masterclass on making your own buttercream at home and constructing a layer cake.