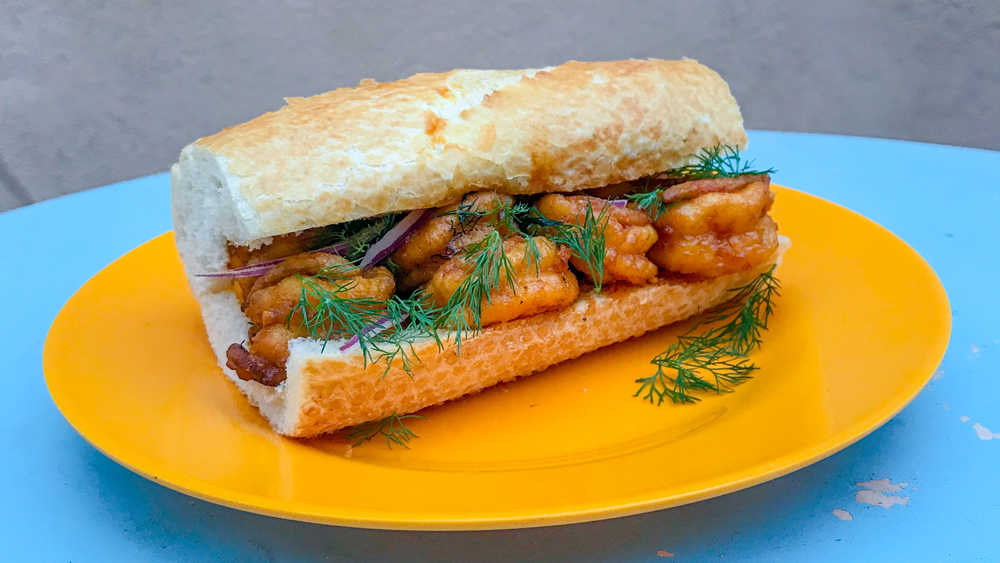 Diep Tran is not obsessed with authenticity. In fact, it’s quite the opposite. The chef behind the beloved Good Girl Dinette (which closed in 2018 after nearly a decade in business), plays with tradition in a way that contrasts with her grandmother’s now legendary restaurant Pho 79 in Orange County. Tran’s food is influenced by Vietnam, where she left as a refugee in the late 1970s, but she doesn’t believe the dishes you create should remain static. And so for inspiration she sources the ingredients around her, engages with the cultures she’s surrounded by in LA and also looks across the Vietnamese diaspora.

In this episode of Robb Report Culinary School, Tran shows food and drinks editor Jeremy Repanich to show how that thinking comes together. She demonstrates a dish she used to serve at Good Girl Dinette that’s part banh mi, but part po’ boy—which is in itself an ode to Vietcajun cuisine in the gulf. For this turmeric-dill shrimp sandwich, she walks through how to use shrimp heads and shells to make a compound butter that marinates the shrimp and also finishes the fried; explains how to make your own tapioca flour; shows off her frying skills; and creates homemade tots to serve with it. Along the way, she discuss her philosophy on food, memories of traveling to Lebanon to star in an episode of David Chang’s Ugly Delicious and where she’d like to visit after the pandemic is over.