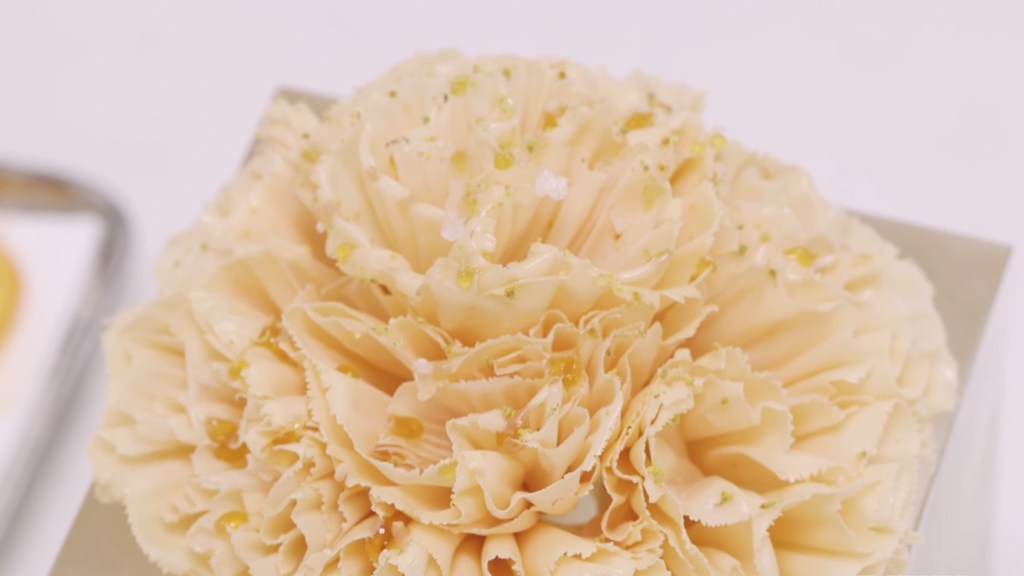 Savoring a handmade meal with friends, family, and even strangers is perhaps one of the greatest joys this world has to offer. And this ritual is often heightened when the tastes and flavors come from a culture far from your own. As much as we love to indulge our palate in a variety of cuisine, we are equally enamored by the made-from-scratch meals that take expert abilities and craftsmanship to perfect.

We’ve rounded up five videos capturing a variety of infamous dishes and delicacies from around the world and made by the experienced hands of contemporary chefs and the keepers of the kitchen. From the authentic tradition of a rare angel-hair pasta made in Sardinia to the rigorous and brutal craft of preparing a classic Japanese dessert, these chefs prove that preparing the meal is as exciting as it is to eat it.

Watch below to see how these five colorful and creative dishes are brought to life with delight—and a little sweat. —Livia Hooson

The Threads of God

“The world of pasta is so vast and its history so deep that I could study this my whole life and still not even scratch the surface,” says chef Evan Funke, who excels at handmade pasta and has devoted himself to exploring and preserving pasta making techniques in Italy. “There are so many small towns and kingdoms that have their own culinary traditions that have been totally forgotten.”

One that’s on the verge of extinction is the pasta “su filindeu” or “the threads of god.” In Nuoro, a town of about 36,000 people in Sardinia, a handful of old women are the keepers of the su filindeu flame. Unlike pasta that’s cut or extruded to make its shape, su filindeu is hand-pulled like a Chinese noodle. Once a single ball is rolled, it’s pulled into 256 thin strands, then laid atop a circular base where it dries in the sun. The round sheet is then broken into sections and added to a broth or sauce.

The web series Great Big Story shows how Paola Abraini has been making the semolina-flour-based noodles for 40 years. Though she’s one of the few that can produce this 300-year-old pasta, she hopes more try so it doesn’t go away.

The Magic behind Escargot

Ludo Lefebvre’s favored childhood dish—escargot—isn’t exactly abundant in Los Angeles, the city he’s called home since leaving France in the 1990s. Even though he has helmed successful restaurants (and a series of famed pop-ups, LudoBites) before opening his modern French tasting menu-driven restaurant Trois Mec in 2013, there was still a snail-sized hole in his heart. And he longed for the style of restaurant where you’d commonly eat escargot.

In order to make these delicacies, he begins by whipping together high-quality butter, white wine from Burgundy, garlic, shallots and fresh parsley. His secret to making escargot perfectly is when you’re stuffing the snail back into the shell to bake, pipe in some butter before nestling it in, and “then put more butter, and be generous,” he says. “You want the escargot to swim in the butter.”

When the city’s legendary food critic Jonathan Gold rendered his verdict on the restaurant, he couldn’t get enough. “There may be no better plate of escargot in town than at the new Petit Trois,” he wrote before commenting on how he was slightly sad to see actress Valeri Bertinelli accidentally drop one, thus depriving her of another bite of the delicious appetizer.

With the new Petit Trois location, Angelenos will have an even better chance to eat what for Lefebvre is practically therapy in a shell.

From Los Angeles to Brooklyn, across the continent, Nashville-style hot chicken joints are popping up everywhere. You can expect the meal to be comprised of a spicy fried bird perched atop a couple slices of Wonder Bread and then finished with salty dill pickles. Chef Erik Anderson, formerly of Catbird Seat in Nashville, thought he could break the mold with a cheffed-up version of the Music City classic.

Anderson replaces whole pieces of chicken with just the skins. He starts by laying them flat, scrapes off excess fat, and roasts it between two sheet pans in the oven to make them perfectly crispy and flat like a chip. He tops the skin with his own blend of spices and dried dill weed before piping on pureed Wonder Bread.

As Brock says when he sees the final version, “It’s like the Jetsons’ version of hot chicken.”

The Dangerous Art of Mochi-Making

Making mochi begins with rinsing and soaking overnight a very sticky rice varietal called mochigome in Japan. The next day the rice is steamed and while still warm it’s put into a large wooden mortar to take its beating.

Following the mochitsuki method, two people work on pounding the mass at the same time. For part of the process, both will have hammers, but the most dangerous portion is when one swings the mallet and the other kneads the blob on the upswing, moving his hands just in time to not be crushed on the downward strike. The whole time they’re shouting, not just because they’re exerting themselves, but because it’s part of creating a rhythm between the two masters that helps coordinate their movements.

“The key to be good at mixing is all about timing and trust in the guy that’s pounding,” says Nakatani, who has been creating mochi for 25 years. That’s especially true when Nakatani is working, because they strike the mochi three times per second, making their process pass by almost in a blur. Each pounding session is like a sprint, and Nakatani wears a headband to catch the sweat. “To me, making mochi is like a battle,” he says.

A Floral Display of Foie Gras

At chef Rich Torrisi’s restaurant The Pool you’ll find caviar service, halibut, monkfish, sea urchin, an extensive selection of raw seafood, and many other treasures of the sea. But there’s one interesting and beautiful dish that isn’t of maritime origin: foie gras ribbons.

Making this dish starts the same way any chef would make a foie gras terrine, by leeching out the blood, removing the veins, marinating it, passing through a tamis, and whipping it smooth. This is where it differs from a regular terrine. Torrisi places it in a mold and freezes it so it firms up enough to drill a hole in the foie gras. Then he freezes it even harder with some liquid nitrogen, and puts it on a tool used to shave cheese in order to make crinkly ribbons of foie gras.

Ribbons are collected to make a bow atop a glass cube, which Torrisi finishes with honey and nutmeg, then serves them with orange slices they’ve engineered to have the crisp and appearance of a potato chip.

In the video below, Eater’s The Meat Show goes behind the scenes to see the full process of how The Pool makes its foie gras ribbons.