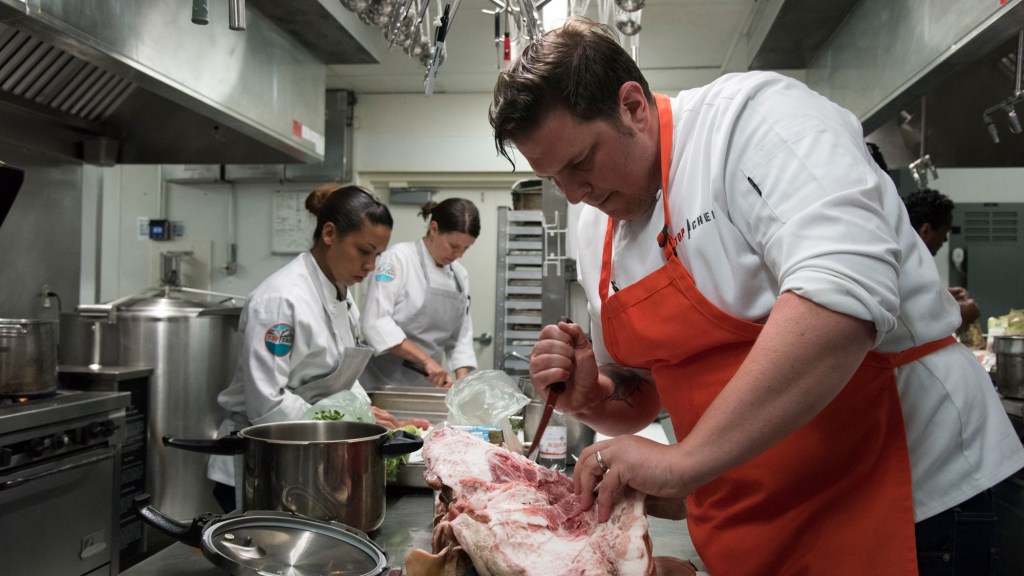 Last year, Joe Flamm left his post as executive chef at Chicago’s only Michelin-starred Italian restaurant Spiaggia. Since he originally took that gig, Flamm conquered a recent season of Top Chef set in Colorado. With the win under his belt, he’s plotting his new wood-fired restaurant in Chicago’s West Loop neighborhood. He still had plans to cook Italian, but was going to bring more to the table. The chef is planning to draw on his wife’s heritage and also cook Croatian food at his yet-to-be-named restaurant.

Of course, Flamm decided to stick closer to Italian, making a rigatoni pasta with green garlic, mushrooms, ramps, chicken stock, and finished with butter and parmesan.

In this episode of Robb Report’s Culinary School, Flamm shows the basics of selecting products for a seasonal pasta as well as a farmer’s market salad. He also discusses his favorite judge on Top Chef, how Covid-19 will affect his restaurant opening and more.

The @bravotopchef champ @insta.flamm joins us to cook a farmer’s market pasta and cucumber salad.

Flamm went on to work for Stephanie Izard after she won Top Chef and opened the beloved Girl and the Goat in Chicago.

Since he’s not cooking on too high a heat, he still reaches for a high-quality olive oil to sauté his aromatics. Here he uses a varietal from the famed Tuscan olive oil producer Alberto Giachi.

For his pasta, Flamm is using Isola rigatoni, but he’s also a fan of Gentile.