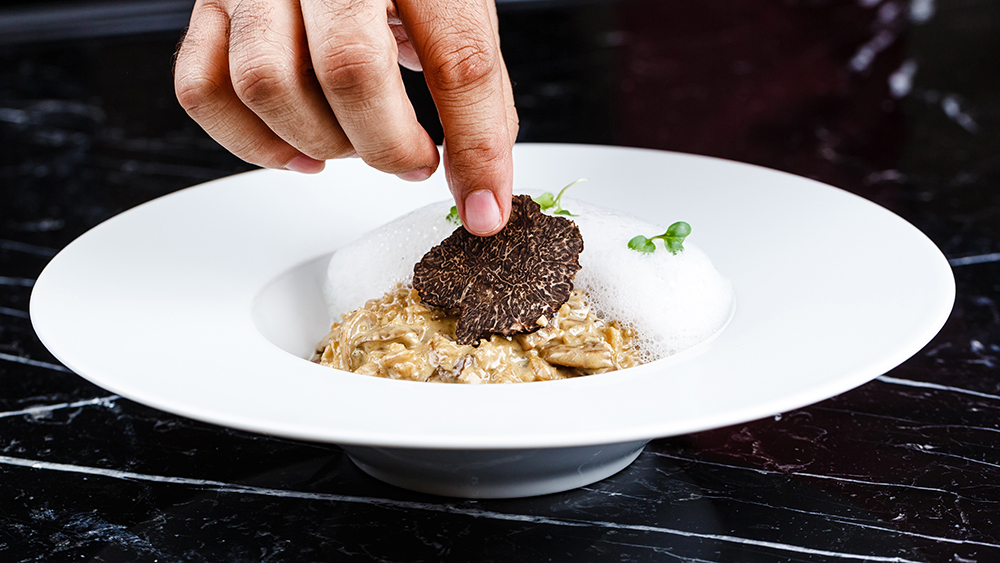 White truffles are among the world’s most prized delicacies—and the priciest, too: The most expensive one ever sold at auction weighed almost 3 lbs and fetched $330,000. The reason is simple: this gourmet rarity grows in the wild only in a smattering of areas around Italy and the Balkans. Despite widespread efforts, it has stubbornly refused attempts at cultivation—at least, until now. Truffle-lovers across the world can thank two French scientists-turned-entrepreneurs, whose work helped farmers strike white gold, with a half dozen tuber magnatum pico recently found on cultivated saplings in the southwest of France.

Flora Todesco and Claude Murat are the pair behind WeTruf, a company formed expressly to deploy scientific know-how on the cultivation of truffles. They met working in a lab; Flora is CEO, while Murat drives R&D. The duo knew there was a market for their expertise in farming black truffles, which are already cultivated successfully; 90 percent of the world’s supply of these delicacies, known as tuber melanosporum, is produced in managed orchards. They wanted to finesse that process, and improve yields—and deployed their scientific know-how in its service.

Truffles grow on the roots of deciduous trees in a symbiotic relationship. To farm them, the roots of saplings will be inoculated with a few spores then planted and tended to see if the fungi appear a few years later. The process was first developed by the French, in the 1970s, but has remained somewhat haphazard and unpredictable. Murat knew that the water content of soil played a strong part in impacting production, but not the exact reason how and why—so he started surveying a few sites. “So for this project, we selected some truffle plantations around the different French regions, which were highly productive, and well managed,” he told Robb Report, “And we installed probes, which would measure the pF.” Put simply, pF—which stands for ‘water potential’ is a standardized way of measuring the water available to organisms in any kind of soil, whether chalky, clay or otherwise. The magic number for black truffle farming, he quickly learned, was four. 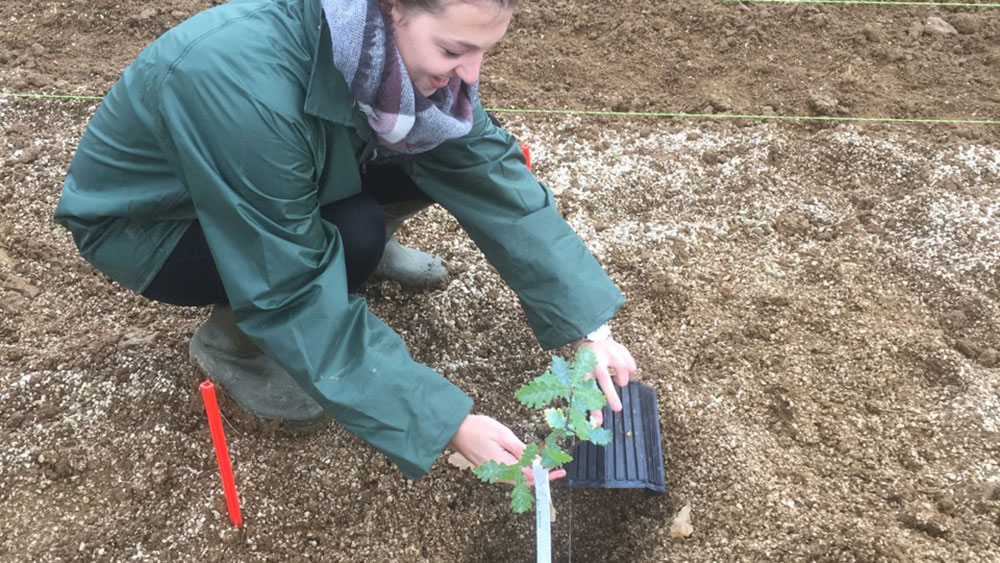 Fast forward, and Murat has worked with one-time lab colleague Todesco to create a commercialized version of his experiment: the pF Tracer 1, a €295 (around $360) device that works with gypsum probes to constantly track water levels, allowing farmers to adjust as needed. It was vital that it was affordable, given that most truffles come from cottage farms, rather than industrial operations—there are around 4,000 farmers in France right now, each of them tending around 2 ½ acres of trees.

WeTruf debuted its device last May, and has already sold 100 Tracer devices, including one to a farmer in California (black truffles are now farmed in several sites across the world, including some areas of America). It also offers consulting services—like soil analysis, for example, to see whether land is workable as a future black truffle orchard—plus testing, using the now-familiar PCR system. Molecular analysis like this allows farmers to verify that new saplings have been inoculated with the truffle spores as claimed. “Some people are not very honest, so it’s quality control,” Murat continues, noting that cheaper, largely flavorless Chinese truffles can be passed off as melanosporum because they are visually almost identical. The taste, of course, is radically different but, by the time a farmer harvests the first one, it’s years too late to right the problem. 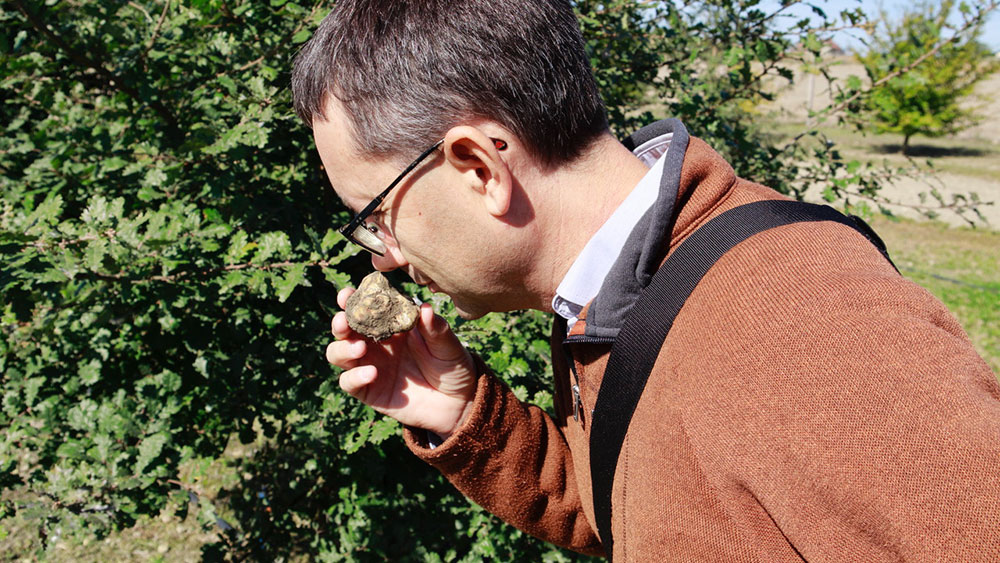 The big prize, though, wasn’t helping finesse the cultivation of these black truffles (also known as Périgord). It was tuber magnatum pico. Italian scientists had tried and failed before—most recently, a mass program from the 1990s, for which they inoculated a half-million saplings with spores. The result: only a dozen or so plantations fruited, and even then, in areas where the white truffle grows naturally. It was impossible to verify that their appearance was down to science rather than nature. Enter Murat and Todesco’s expertise.

They have been part of the team working with a tree nursery and INRAE, France’s agricultural research institute, on a long-term attempt to cultivate white truffles. In 2008, the first saplings certified by INRAE as having white truffle spores on their roots were planted – crucially, in areas where the fungi did not naturally grow. A clutch of the most promising orchards, per the work of Murat and co, were then followed, tested and tweaked. White truffles need a different pF from their black counterparts; Murat continues to refine the preliminary data, which suggests a lower water content, around three, as ideal. 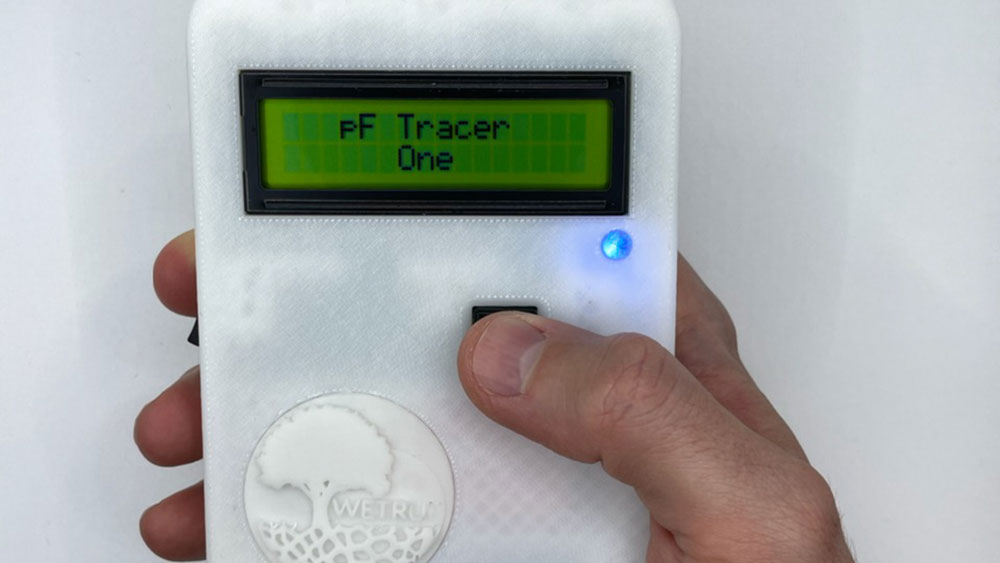 Remarkably, two years ago, the first cultivated tuber magnatum pico appeared in those orchards, growing on trees aged between three and eight years old. “This is the first time we’ve harvested white truffles outside their natural area,” Murat says, “We are only at the beginning of cultivation.” Todesco is more bullish, and says that using scientific measurement like their pF Tracer 1, as well as managed growing, could be a boon for both the supply of white truffles – and their survival. Climate change makes their natural habitats less ideal.

“In my opinion, orchards are the best way to save [white] truffles, clearly, as it’s so important to have watering management,” she explains, pausing to consider where she expects white truffle orchards to flourish soon. America is primed, per Todesco; black truffles are already successfully farmed on the West Coast and in North Carolina, so why wouldn’t white truffles be next? “The avenir, the future, there? It’s orchards.”