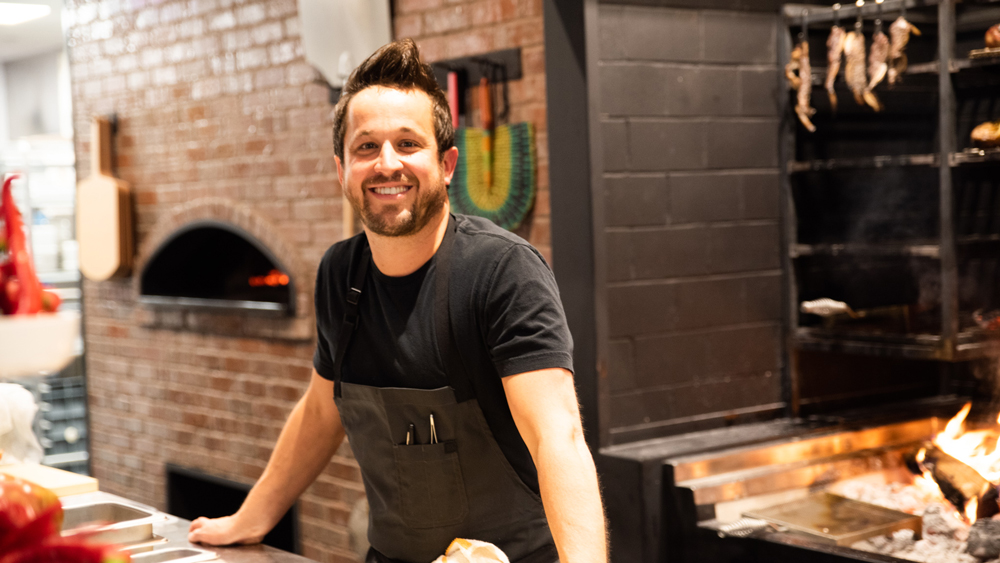 One important part of growing your business is figuring out how to stay alive during an industry-crushing crisis.

Pre-pandemic, chef Danny Grant and the What If Syndicate restaurant group had three thriving Chicago restaurants and $35 million in yearly revenue. Those numbers obviously fell off a cliff after Covid-19 hit, and Grant and his partners scrambled to keep managers and chefs employed while also feeding furloughed employees and their families. Thankfully, takeout and delivery orders were brisk. The Maple & Ash steakhouse and both locations of the hearth-driven Etta survived, with What If Syndicate selling an average of $175,000 a week in to-go orders at the height of the pandemic.

“What that did on the business side was give us the ability to look at other opportunities,” Grant says. “Opportunities were presented to us because we were still open. We were still at the front of everybody’s mind and were able to sign deals and leases all around the country.”

What If Syndicate was already in expansion mode before the pandemic, with a Scottsdale, Arizona, outpost of Maple & Ash opening in 2019. Many more deals have emerged, so Grant’s restaurant group is now in the middle of aggressively growing an empire. What If Syndicate projects that it will have 14 restaurants and $180 million in annualized revenue by the end of 2022, and it plans to keep expanding after that.

Earlier this month, the group planted its flag on the West Coast. Etta’s first Los Angeles location opened in September at the base of The Shay, a Culver City boutique hotel that will unveil its rooms this fall. Grant’s rooftop Mexican restaurant, Celestina, is also scheduled for an autumn opening at the property. Then Grant will continue his LA expansion with another Etta in West Hollywood and a Maple & Ash in Beverly Hills, both slated for 2023. 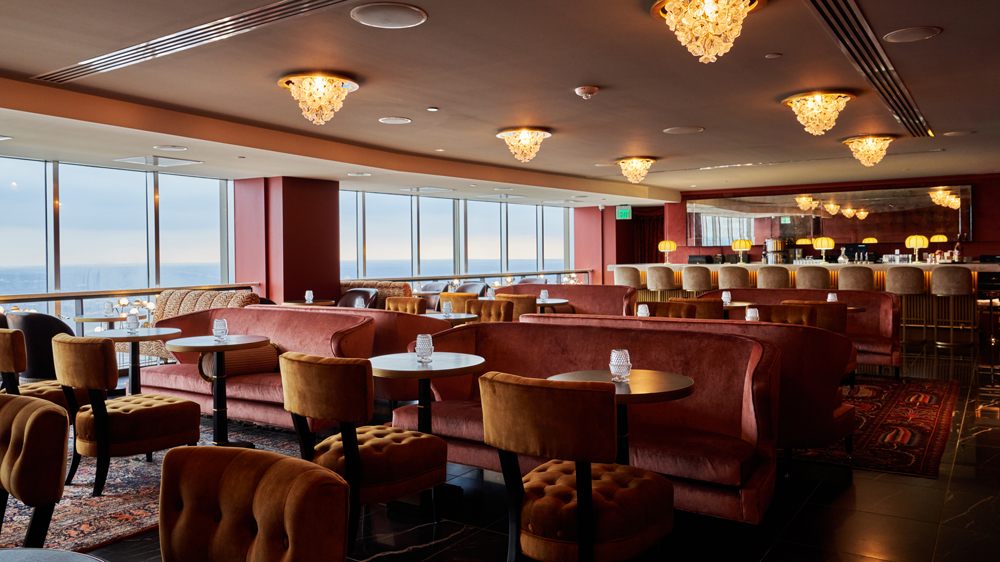 Inside the luxe Kessaku in Dallas.  Photo: courtesy Jonathan Zizzo

Etta and Maple & Ash will also open in Dallas, where Grant launched wood-fired modern Italian restaurant Monarch and sushi-and-sake lounge Kessaku in March. Other Etta locations in the works include Scottsdale, Houston and two South Florida branches—one in Miami and one in Fort Lauderdale. Maple & Ash will also open in Miami, where the red-hot dining scene has attracted many prominent operators from other cities.

To fuel the multi-city expansion, What If Syndicate has leaned on chief development officer Matt Winn. A commercial real estate veteran who was previously a high-ranking executive at Olshan Properties and Cushman & Wakefield, Winn has found and vetted multiple deals.

The restaurant group is targeting high-profile developments where it can rely on a built-in customer base. Etta’s Culver City location is at Ivy Station, a development that—along with the The Shay—will feature residences, retail and office space that WarnerMedia/HBO has leased. In Dallas, Monarch and Kessaku are at The National, a development with residences and a Thompson hotel. Etta and Maple & Ash will open at Miami WorldCenter, which has hotel, office, retail and residential components.

What If Syndicate doesn’t chase every opportunity though, holding off on Las Vegas for the time being after some consideration. “The right deal hasn’t come through yet,” Grant says. “We’re not just going to go there to do a management deal and show up two times a year. We want to go there and be able to own and run our own restaurant.”

While it’s opening multiple Ettas and Maple & Ashes, What If Syndicate is trying to avoid stamping out cookie-cutter chains across the land. “Each one will have its own personality,” Grant says. Differing the physical space of every outpost helps guide them to different outcomes. At the newly opened LA Etta, Grant has more space than he has in Chicago, so he’s planning to open a café within the restaurant, do more private events and figure out many ways to take advantage of his big patio. 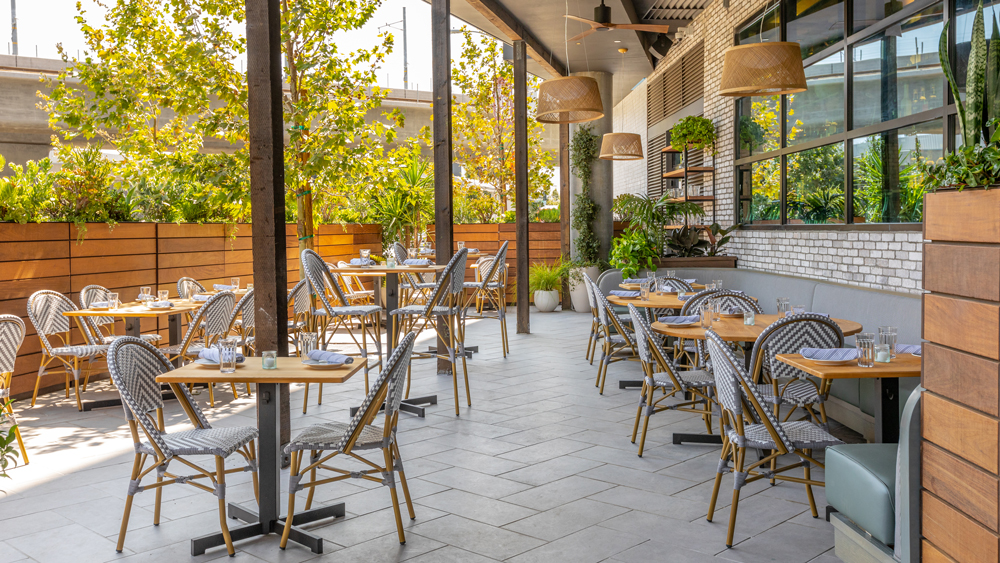 He also looks forward to brightening things up when he opens his steakhouse in Beverly Hills. “Maple & Ash is typically a little more moody and dark, which is great for dinnertime,” Grant says. “But with us being in LA and the location we’re at, we’re going to be able to have a really amazing lunch and brunch. So that will play into how the design evolves.”

The food will change too. Yes, certain hit dishes have followed Etta from Chicago to Los Angeles, like the bubbling shrimp and fire-baked focaccia, but Grant is willing to adapt to his surroundings to make the restaurant feel more connected to the city.

Being in Southern California—where he can source excellent produce year-round—has changed Grant’s approach to many dishes. “I’ve come up cooking in areas where I’m used to having really good products for three weeks a year,” says Grant, who earned Michelin stars at Chicago’s RIA in 2011 and 2012. “It requires more technique to make things more amazing. Once we started cooking in LA, it was like, all right, let’s just do less because the product is already such high-quality.”

So in LA, Grant uses fresh Sungold tomatoes instead of canned tomatoes for a simple but tremendous pasta pomodoro. 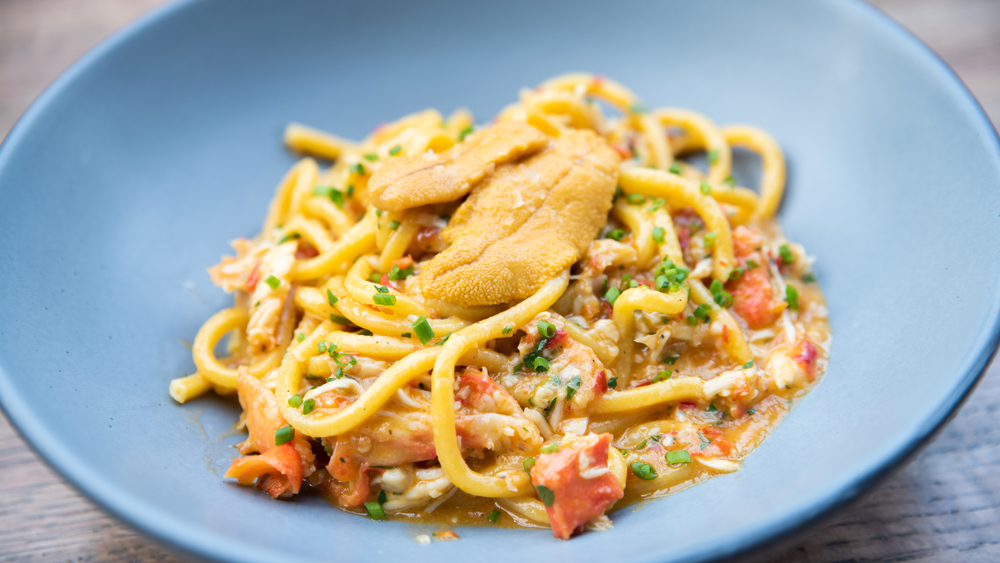 That connection to ingredients relies on a local knowledge. Grant has a team of people who work with him in multiple locations as he bounces around from city to city, but the chef says it’s critical to hire staff already embedded in the local dining scene. That’s why at Etta in LA he brought on executive chef Brad Ray (who previously cooked at Antico and The Nomad) and chef de cuisine Joanne Bae (formerly at Here’s Looking at You and Maude), both of whom had already established relationships with purveyors in the region.

“I want a strong team member who’s able to provide us with on-the-ground boots,” Grant says. “Brad taking me to the market was one of the most exciting parts of our opening.”