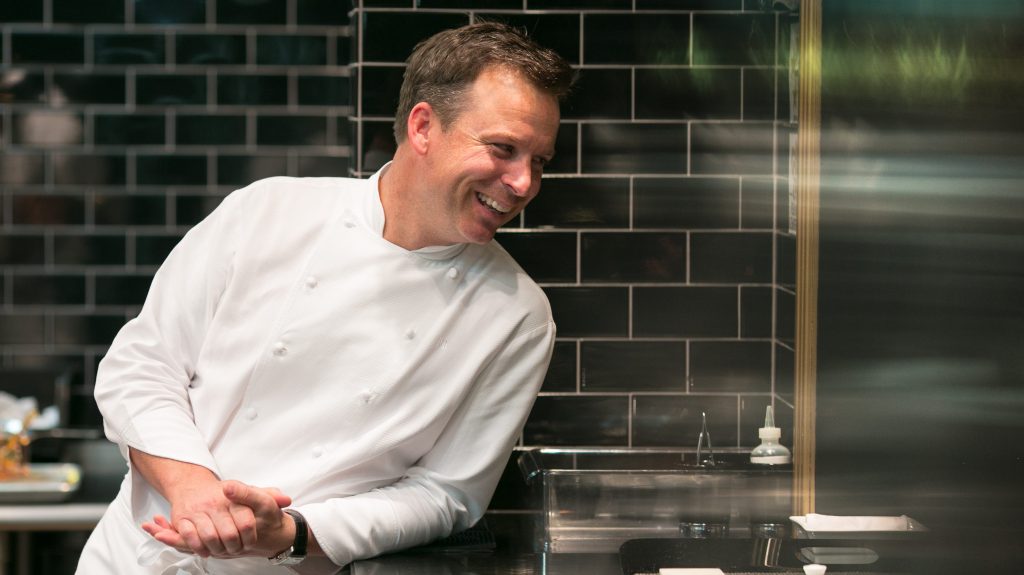 Earlier this year, celebrated chefs Thomas Keller, Daniel Boulud, and Jérôme Bocuse helped lead the U.S. team to its first-ever victory in the prestigious cooking competition Bocuse d’Or. On October 23, they’ll reunite along with rising stars in the culinary world to host three days of amazing food and golf at Robb Report’s Culinary Masters at Montage Laguna Beach in Southern California. As the event approaches, we want to introduce you to the chefs who will make this one of the premier dining getaways on the calendar this year. Next up is William Bradley of Addison outside of San Diego, who is crafting beautiful modern French cuisine with the bounty of Southern California produce.

It’s a tried and true career path for a young American chef looking to make a mark in the culinary world to head to a prestigious cooking school then relocate to New York or San Francisco to start building their star. Bradley didn’t do either of those. Mentored by Chef James Boyce, Bradley began under the tutelage of Boyce at Azzura Point at Loews Coronado Bay Resort. He then continued as a sous chef of the award-winning Mary Elaine’s at The Phoenician in Scottsdale, before become executive chef at the acclaimed Scottsdale restaurant Vu.

In 2006, the native San Diegan took the helm at Addison, the fine dining restaurant at the Fairmont Grand Del Mar Resort. For the last decade he’s honed a simple, elegant, and inspired style of modern French cuisine. He crafts dishes like Dutch asparagus with a sauce of emulsified hard-boiled egg yolk and two dollops of caviar perched on top, as well as mascarpone agnolotti with peas and morels. Working outside the culinary world’s star system has its benefits, Bradley will tell you, with his relative seclusion in Southern California keeping his team from chasing trends, which helps them craft menus that are timeless. But his relative anonymity didn’t last.

The Accolades Found Him

In 2010, he earned the designation of Grand Chef from Relais and Châteaux, an honor he shares only 159 other chefs around the world. That same year, Thomas Keller stayed at the Grand Del Mar and was wowed by the food he tried from the Bradley-helmed restaurant. “I felt it the first time I walked into his kitchen,” Keller says. “It’s a sense of confidence, knowledge, and respect. He cooked me a piece of bass with crispy skin. His was one of the most crisp, perfect pieces of fish I’ve ever had.”

Since they he’s won the San Diego Union-Tribune’s 2014 Chef of the Year, been a Beard Award semi-finalist for Best Chef: West in 2015 and 2016 (On top of his semifinal results in 2010 and 2012), and kept Addison as the only Forbes Five-Star and AAA Five Diamond restaurant in Southern California. And his chef de cuisine Stefani De Palma was named one of Zagat’s 30 Under 30 this year. The chef who stayed out of the star system in his career may be making his own on the outskirts of San Diego.