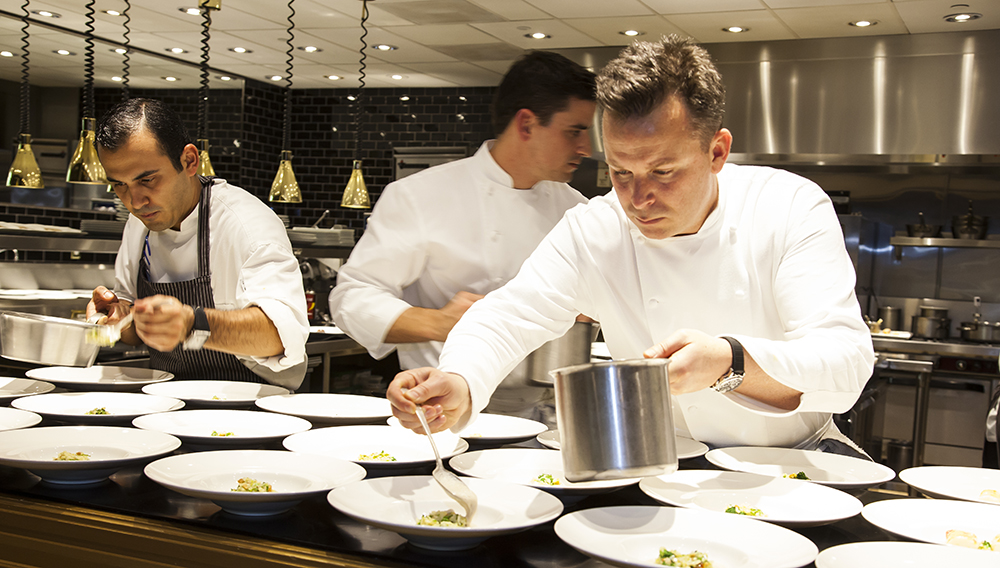 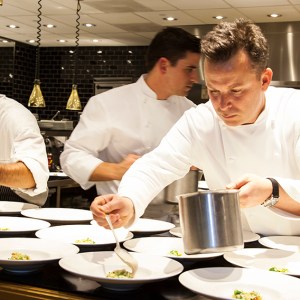 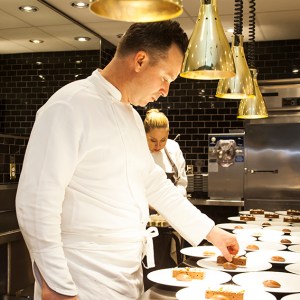 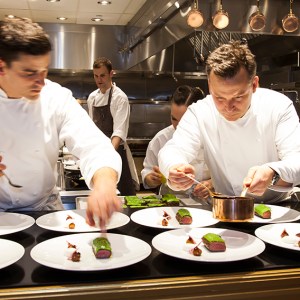 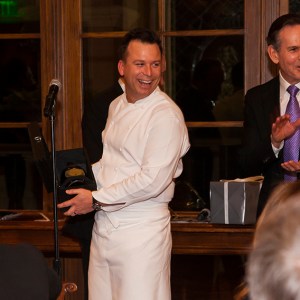 To mark his victory as Robb Report’s 2014 New Culinary Master, chef William Bradley created a six-course celebration dinner in February at his restaurant, Addison, at the Grand Del Mar in San Diego. Forty-eight guests—including chef Thomas Keller, who nominated Bradley for the competition, and Robb Report readers and editors—enjoyed Dom Pérignon Épernay 2004 and pairings from wineries including Galerie and Cardinale in a private dining room overlooking the resort’s golf course. The contemporary French fare began with a series of canapés, including beef tartare and Bradley’s warm sherry-filled gougères. Several of the chef’s signature items followed, including a refreshing sake-cured kampachi with Chinese and Japanese greens, lime, and uni, as well as a plump piece of Alaskan king crab with coconut, cashews, and curried rice. A coddled farm egg with Périgord black truffles and leeks, which Keller said was his favorite dish of the evening, followed. The occasion concluded with a chocolate galette with mint ice cream and chocolate mousse served during an award ceremony in which Lalique 100 Points decanters were presented to both Bradley and his proud nominator.