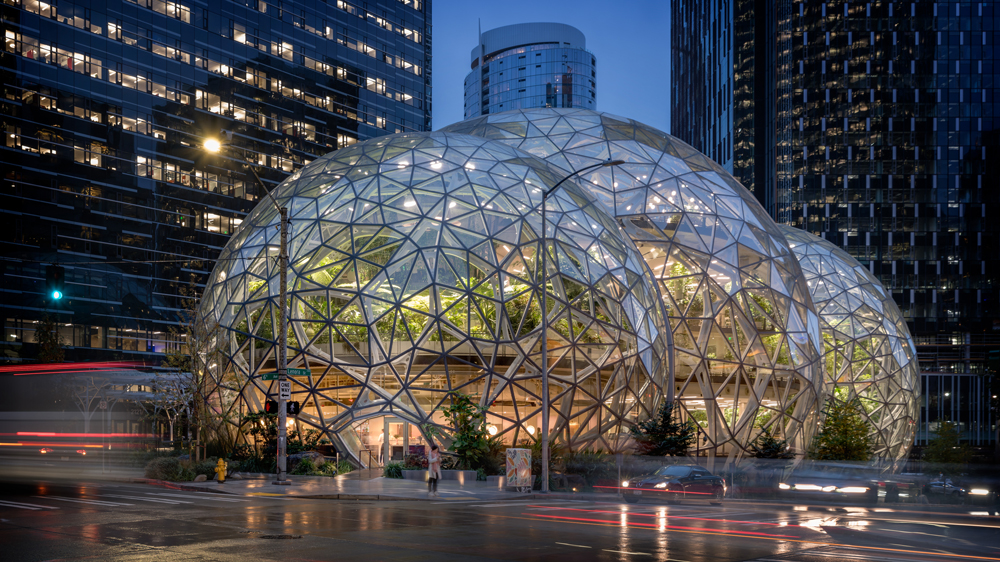 Seattle’s history can be largely divided into eras defined by the massive companies that have variously led the city’s economy. In the late 1800s and early 1900s, when it was a way station for gold prospectors en route to the Klondike, a Swedish immigrant, John W. Nordstrom was there to supply them. As the region’s timber industry grew, Weyerhauser became an important player in the region. During and after WWII, Boeing drove the region’s economy. By the time the century drew to an end, Microsoft had become the region’s dominant company, until being displaced this decade by Amazon.

Amazon has transformed Seattle with a $4 billion campus stretching from South Lake Union to downtown, and the centerpiece is the three domes that opened earlier this year. The Spheres are largely a private botanical garden for the company’s employees, but there are also public-facing businesses opening inside, including Erickson’s new spot, named in honor of the flowering plant that botanist Ellen Wilmott used to plant widely.

Like restaurants she’s opened before, the food at Willmott’s Ghost has an autobiographical bent. “Willmott’s draws inspiration from the country where I ­first fell in love with food,” says Erickson, who studied in Rome in college. Like Danny Meyer and Joe Tarasco’s Vini e Fritti in New York, the restaurant will be a celebration of Roman aperitivo culture featuring spritzes, fried bites, and cured meats. Willmott will also serve pizza al taglio, rectangular pizza served by the slice.

The restaurant will be open all day during the week starting at 8 AM, will serve dinner on Saturdays, and is closed Sundays.