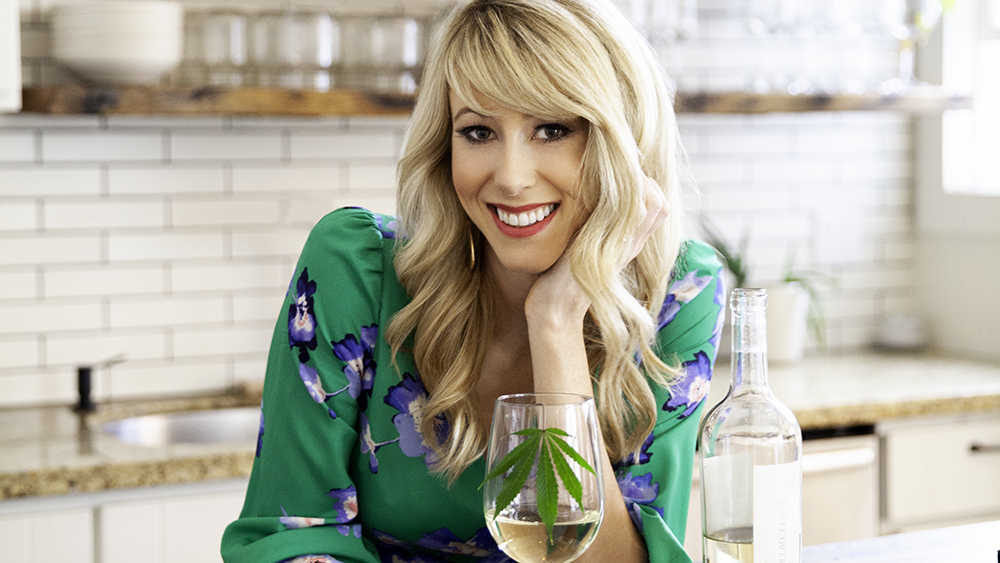 Everyone at Jamie Evans’s dinner party is having a really good time. It’s a spring evening in San Francisco’s Mission District, and guests of the sommelier’s Feast of the Flowers are making their way through a lengthy tasting menu, featuring dishes like rabbit porchetta with beet spaetzle and cherry glaze, which is paired with a 2014 Cabernet Sauvignon. But there’s a second pairing for each course, something decidedly more curious, with ingredients like “skunk berry” and “purple kush.” Turns out, the convivial atmosphere has a lot to do with the night’s star ingredient: cannabis.

Evans is the founder of the Herb Somm, a company that produces private dinners that infuse every dish with the green stuff. But this is hardly a stoner experience. “It’s not just about getting high,” she says. “It’s about all the different ways you can use the plant on the gourmet side of things.”

Thinking back to college, you might wonder how something so odorous when smoked could be considered gourmet when eaten. But to hear Evans tell it, there actually is an epicurean element to the cannabis flower, thanks to its aromatic oils called terpenes, which the wine specialist and self-described “herb sommelier” claims have similar flavor profiles to the ones found in wine. Ranging from zesty citrus to spicy clove and cinnamon, terpenes can deliver a significant flavor enhancement in addition to the usual mood boost. At Evans’s dinners—which she hosts seasonally for up to $250 per person, as well as for private clients around the world—those flavor profiles translate to dishes such as THC-infused serrano ham and peaches, wild boar stew with canna leaf and hazelnut chocolate ganache, all of which are delicious (and not even slightly reminiscent of pot brownies).

“The ability to put [cannabis] into food is going to be monumental for the hospitality industry, as well as the food- service industry,” says Christopher Sayegh, whose Herbal Chef catering company offers similar dinner-party experiences for private clients. The chef, who trained at LA’s Michelin two-starred Melisse, focuses on the proven medicinal qualities of cannabis, incorporating small doses of THC into customized 10-course tasting menus so as not to “overwhelm any of the guests,” says Sayegh. For a client who recently returned from Grasse—the French region where rose petals are harvested for Chanel No. 5—he infused terpenes from the same flowers into a cannellini bean cake with sage, heirloom carrots, asparagus, pomegranate reduction, charred pearl onion and sumac microgreens.

The menu at a Herb Somm party.  Tyler Arneson

Other chefs are tapping into the enhancing effects of terpenes by pairing elevated dishes with vaporizer pens filled with strains of cannabis instead. It’s no shock that being a little high makes nearly everything taste better, but for clients of Michael Magallanes’s Opulent Chef—which has hosted private parties as far away as the Middle East—each course is partnered with an inhalable flavor profile that brings out the ingredients of both mediums. Earthy strains, for instance, complement a mushroom dish much in the way that an oak-aged Chardonnay would. And by taking the controlled substance out of the food itself, “you can control how much you’re actually consuming,” says Magallanes. “Which is nice for people who are a little intimidated.”

Of course, these dinner parties are still largely underground affairs, but as legalization spreads to more states, Magallanes and his contemporaries seem to think they might just be at the helm of a new foodie frontier. Sayegh has a brick-and-mortar establishment in early planning stages, and, last winter, LA’s first cannabis restaurant, Lowell Farms, from Thomas Keller protégé Andrea Drummer, got the green light to open in West Hollywood. “People are curious, and the demand is really growing,” Evans says. “The canna-culinary industry is just beginning to blossom.”