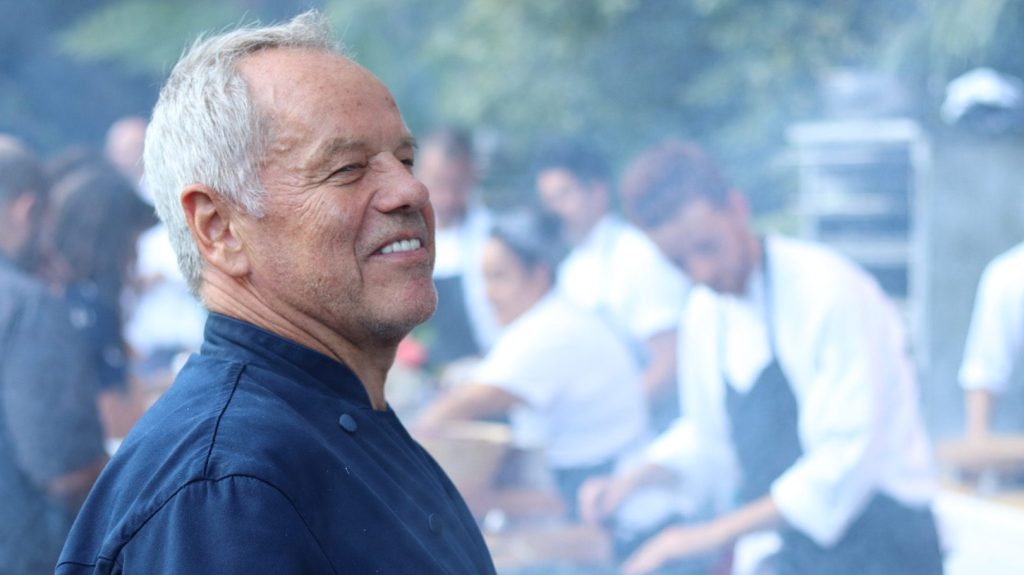 As the days grow shorter and the temperatures start to dip, the waning of summer can feel a bit depressing. But for the fifth year in a row, chef Wolfgang Puck is throwing a massive barbecue at the Hotel Bel-Air to give us something to look forward to at the end of the season.

Puck, who has ample experience putting on great parties, has just announced the line-up for this year’s event, led by Argentine legend Frances Mallmann and pasta master Evan Funke. At the annual bacchanal, the executive chef of Wolfgang Puck at Hotel Bel-Air, Hugo Bolanos, opens up his kitchen and the lawn at hotel to let the array of talented chefs gather to cook with fire. As they cook, celebs, socialites and titans of industry mingle while sampling California wines and outstanding fare.

This will be Mallmann’s fourth time cooking at the event. The star of Chef’s Table first season has become synonymous with using fire in his cooking, finding different way to deploy it each year he’s cooking.

Returning again with him is Eric Werner of Hartwood, the seafood-focused restaurant in Tulum, Mexico as well as a pair of chefs who have had some big news break for them since they cooked last year. Timothy Hollingsworth of Otium in LA—a longtime Thomas Keller protégé—won the global haute cooking competition The Final Table late last year. And Burt Bakman partnered with The H.Wood  Group to turn Trudy’s, his popular underground Texas-style barbecue, into the standalone restaurant Slab.

This year’s newcomers will include some LA-based heavy hitters: the aforementioned Funke, John Shook and Vinny Dotolo of Animal, Son of a Gun and Jon & Vinny’s; and Pawan Mahendro of the modern Indian restaurant Badmaash. The lineup is rounded out by the executive chef at Puck’s Las Vegas outpost of his steakhouse Cut, Matt Hurley.

The dinner on September 4 from 6:30 to 9:30 and is $295 per person. Tickets are available now on Tock, with a portion of the proceeds benefiting Children’s Hospital Los Angeles.