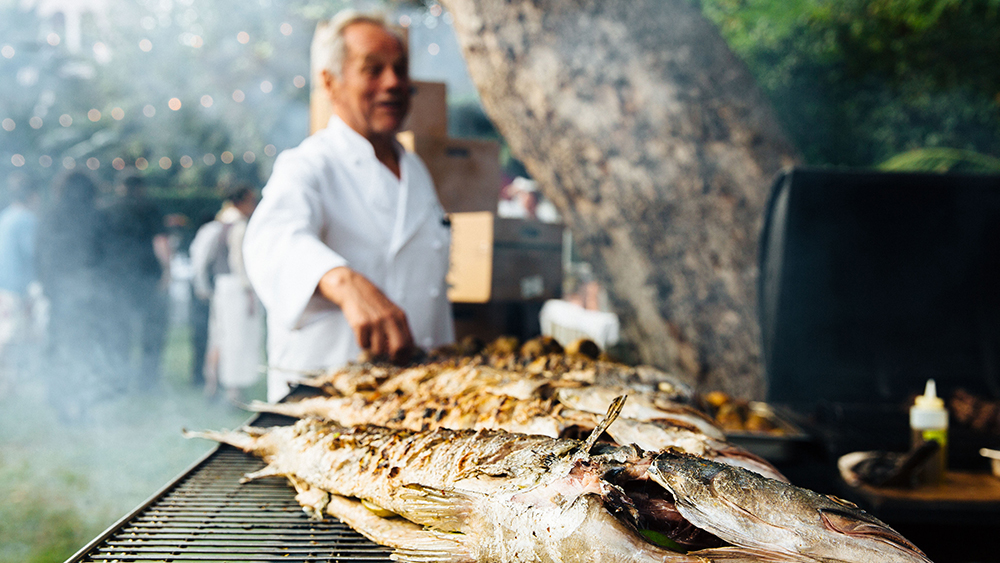 Since 2012, some of the culinary world’s biggest names have come together for an all-star barbecue at the Hotel Bel-Air, hosted by Wolfgang Puck. Over the past couple of years, however, the pandemic hasn’t allowed them to do so. Now, the star-studded event is back, with the lineup for this year’s soirée just announced.

Puck, who oversees the hotel’s signature restaurant, will be joined by an impressive number of guest chefs, with Francis Mallmann and Nancy Silverton leading the bill. Both chefs have joined in on the fun before, with this being Mallmann’s fifth time cooking at the event. The Argentine master is well known for using fire in his kitchens, so the al fresco barbecue seems like a natural fit for him. Silverton, the grand dame of the LA restaurant scene, last time had some of her Chi Spacca team with her flexing their expertise with cooking impressive meats over live fire.

Barbecue veggies from a prior year’s event  Hotel Bel-Air

Elsewhere, they’ll be helped out by Eric Werner of Hartwood in Tulum, Adam Perry Lang of the now-shuttered APL in Hollywood, Burt Bakman of the LA barbecue joint Slab, Arjun Mahendro of the local Indian spot Badmaash, Victor Delgado and Jorge Alvarez of Tacos 1986, John Cleveland of the southern-inspired Post & Beam and Leonard Botello IV of Texas’s Truth BBQ. Rounding out the lineup are Connor McVay and Tiffany Pascua, the hotel’s executive chef and executive pastry chef, respectively. The team’s creative fare for the evening will be accompanied by pairings from local California wineries.

While the Hotel Bel-Air barbecue is often a bacchanal attended by fellow food-world stars, celebrities and socialites, it also has a philanthropic bent. Any excess food left over from the event will be distributed to those in need through the Chefs to End Hunger initiative, and a silent auction will benefit the LA Promise Fund, which supports local students.

This year’s barbecue will take place September 6 from 6:30 pm to 9:30 pm If you’re interested in checking it out for yourself, tickets are available at $350 per person.