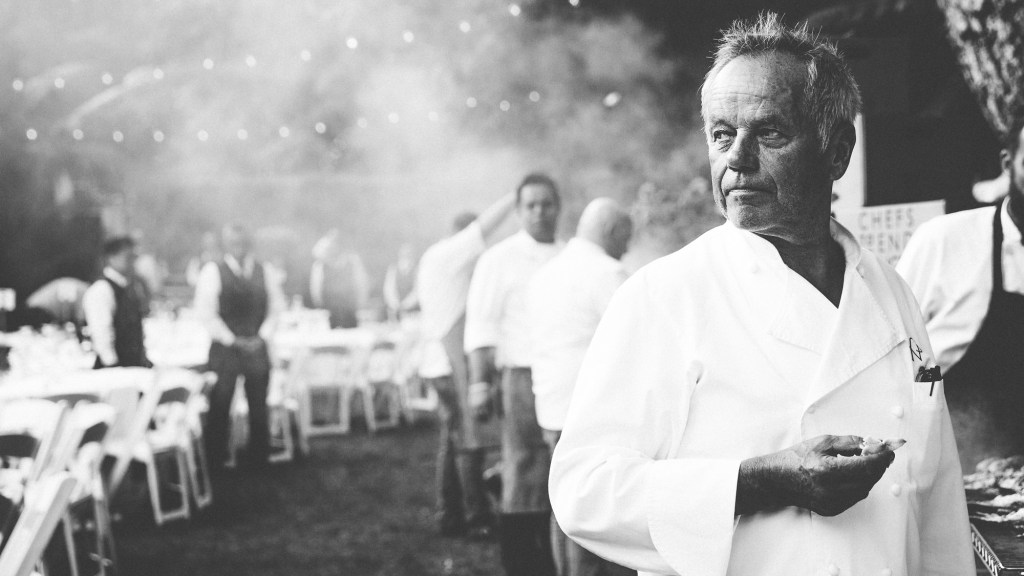 The end of summer can be pretty depressing. But Wolfgang Puck is doing his best to allay that post-Labor Day comedown by throwing the ultimate end-of-season barbecue and inviting some amazing chefs to cook with him at the Hotel Bel Air in Los Angeles.

Puck has been hosting these soirees since 2012, with chefs including Massimo Bottura, Roy Choi, and Adam Perry Lang joining him in the past. For this edition, Nancy Silverton of Mozza, Argentine master Francis Mallmann, Eric Werner of Hartwood, and Dave Pynt of Burnt Ends will gather on the lawns of the hotel. Then, the excitement begins, with each chef cooking a feast over open flames as the sun sets.

It’s especially exciting to see Mallmann back. The chef—who was featured in arguably the best episode  of Chef Table’s first season (in this author’s opinion)—cooked at the event a couple of years back and taught a masterclass in cooking with fire. I’m someone who grew up in the Pacific Northwest, regularly eating salmon—but his salt-crusted version was the best salmon I’ve ever had in my life. He makes the dish by encasing a whole fish inside a massive mound of salt and then placing it on a rack with one fire burning below and another fire built atop a large cast-iron plate, just above the fish. It’ll be interesting to see what he does this year.

Unlike the other chefs who are making return trips to the Hotel Bel Air, Dave Pynt will appear for the first time at Wolfgang’s Visiting Chef Series. The Aussie has made a name for himself leading Burnt Ends, a barbecue restaurant in Singapore that has garnered some serious acclaim. This past year, Pynt’s place ranked 53rd on The World’s 100 Best Restaurants list, and it slotted in at 14th best in Asia. This is a rare opportunity to try his food stateside, and a big backyard cookout seems like the perfect setting for it.