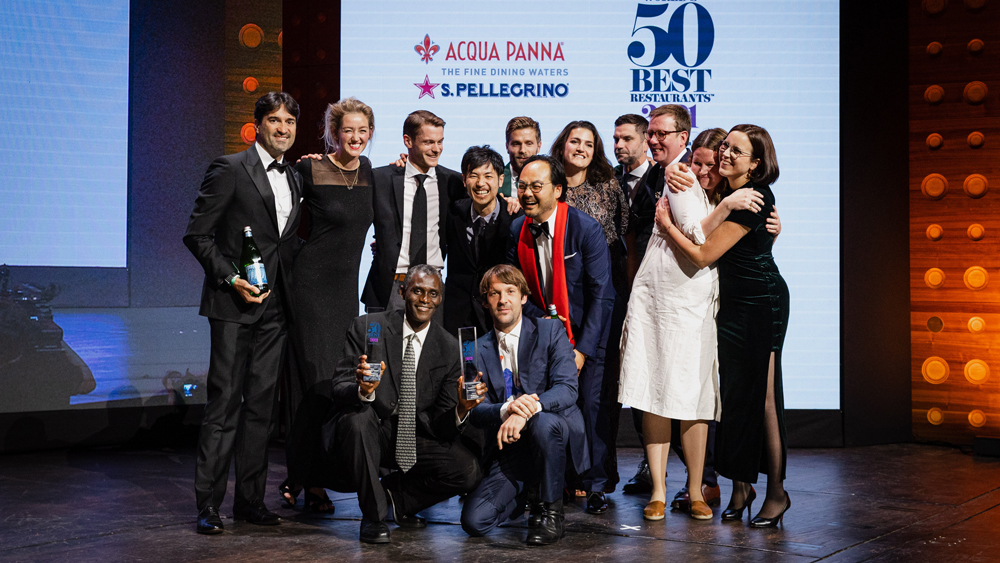 Rene Redzepi accepted the award at the ceremony in Antwerp, Belgium with a portion of Noma’s team with him on stage. And there was an elegiac quality to his speech. “If the pandemic has taught us anything is how fragile our dreams can be; how grueling this industry can be,” he said. “It kind of feels a little weird standing on this stage knowing that so many people are still fighting.”

For Noma, if the current rules hold, this will be the last time Redzepi accepts the award. The World’s 50 Best now retires restaurants from the list after they hit the No. 1 ranking, with Noma still eligible because this is its first time winning the award in its new location.

“You do not know what you’ve done for our team and our region,” he said in conclusion. “Thank you for a wild ride and goodbye.”

The Copenhagen restaurant that helped birth New Nordic cuisine took the top spot after slotting in at No. 2 in the 2019 rankings. The rest of the top did feel a bit static, featuring some very familiar names. With Mirazur (former No. 1) and Gaggan (closed in 2019) dropping out of the top spots, Geranium, Asador Extebarri, Central and Disfrutar (all top 10 last time around) didn’t have far to climb to round out this year’s top five.

Last year’s World’s 50 Best rankings were scrapped because of Covid-19 and the organization acknowledged that the ongoing pandemic changed voting procedures for this year. The 1,000 chefs, writers, restaurateurs and critics who decide the rankings were allowed to amend their January 2020 ballots based on experiences they’d had in their home regions since then. So the sense of the rankings being a little static is pretty understandable considering the circumstances.

The list has made itself an important part of the global culinary conversation, but even before the pandemic, it had begun to show its age.

“I used to vote, myself, for many years for World’s 50 Best Restaurants and the original idea was brilliant, but I no longer think it’s a brilliant idea,” Magnus Nilsson told Robb Report earlier this year. “When people discovered you could play the game—you still have to have a great place, but you can actively work to get more votes—then that thing has lost all meaning to me. It’s completely uninteresting. Especially when tourism boards started paying to get the events in various countries, because that means you get a lot of voters in for the event.”

Though some chefs are ambivalent toward the rankings, back when people could fly around more freely in the pre-pandemic days, a spot on the top 50 could drive business. “Bookings went through the roof,” Redzepi told the crowd as he accepted the top ranking today and recalled what happened the first time Noma had won. “Tuesdays became like Saturdays. Our website crashed multiple times.”

And that’s why so many chefs still gathered in Belgium today, to be there in person when their name was called so they could stand and take a bow for the crowd.

But there is an element to the list that doesn’t feel true. For instance, the best restaurants in America are, in order: Cosme, Benu, SingleThread, Atomix, Le Bernardin and Atelier Crenn. Most wouldn’t argue those restaurants aren’t great. But can it really be true that the absolute best restaurants in America are all in New York and the Bay Area? Perhaps it’s more instructive to look at this list not as ranking the restaurants serving the best food, but a measure of their relative power in this slice of the culinary industry. And for now, the World’s 50 Best still has the power to make the powerful show up and care.