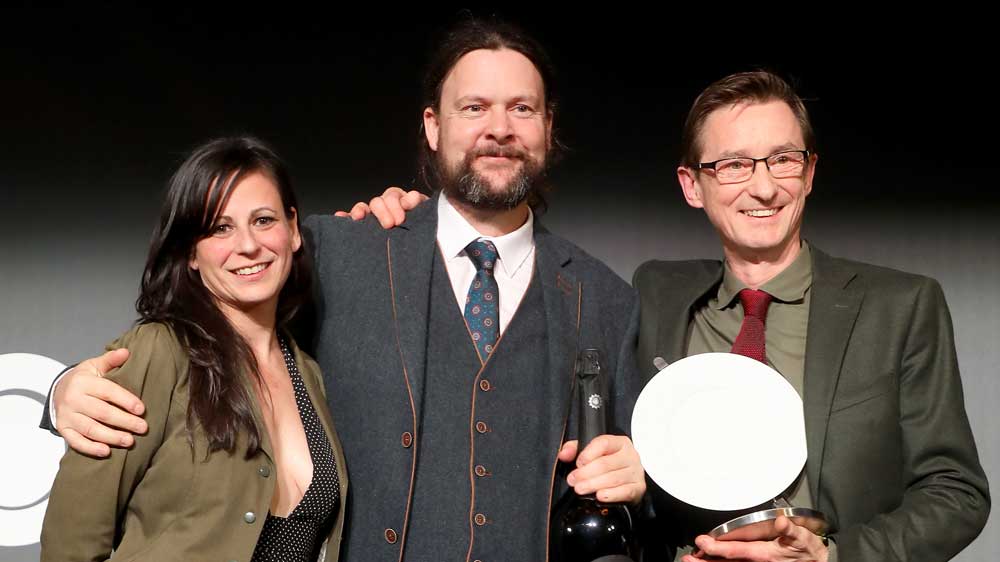 When Kobus van der Merwe ascended the stage to accept the Restaurant of the Year honor at the first-ever World Restaurant Awards, he—like a lot of people in attendance Monday night in Paris—was pretty surprised by the outcome. For some in the room, this was the first they were hearing of his place, Wolfgat. After all, it’s a tiny oceanside restaurant in South Africa that’s open just a few days a week and only does one seating a night.

If the ultimate winner seemed like a quirky and offbeat choice, it was very much fitting for the night. The World Restaurant Awards is self-consciously trying to be different than the austere Michelin, or the list-driven likes of World’s 50 Best, Opinionated About Dining, and La Liste. With one year now in the books, the challenge going forward will be getting people outside the industry to care.

The idea of the World Restaurant Awards begins on the premise that other ratings systems and awards are too narrow in scope. They really only reward expensive tasting menu restaurants run by male chefs. Not that they didn’t celebrate those too. There were the usual suspects, of course—Noma, Mugaritz, Blue Hill at Stone Barnes, and both Alain Passard and Alain Ducasse. But there was also Riley’s, a remote fish shack in the UK; Trishna, a restaurant specializing in soft shell crab from India; and Peter Luger’s, a century-old Brooklyn steakhouse that’s outstanding, but far from Eleven Madison Park.

“Awards are awards, but this one at least celebrates a larger range of restaurants,” one Irish chef told me before the show, as appetizers were passed  around and a giant spinning logo of the champagne sponsor twirled 18 feet above us. That was the general vibe of most everyone I spoke with. They were happy a restaurant awards show had come along and broadened its scope beyond expensive tasting menus. “We know the landscape pretty well and the diversity and breadth of restaurants aren’t getting their airtime,” says Justin Clarke, head of the culinary division at IMG. And by recognizing a wider range of restaurants, the logic follows, it will help incentivize more of those to be created.

While some of these restaurants honored last night take themselves deathly seriously, the awards attempted to strike a cheeky tone. There were categories you’d expect from an awards show about food, like Restaurant of the Year and Newcomer of the year. However, some awards felt more pitched as industry inside jokes, like Trolley of the Year, or Tattoo-Free Chef. Though, after Ducasse—one of the world’s greatest chefs—took the ink-free award, he seemed pretty pleased with it. Clutching his plate-shaped trophy, he told me, “Anything that supports our industry is something I support.”

Back in America the night made me think of the crisis going on with the Oscars. The Academy is in desperate pursuit of the audience running away from them each year. They’ve disastrously floated trial balloons of new awards—only to pretend it never happened—and then removed categories from the broadcast—including Best Editing and Best Cinematography—only to bring them back amid outcry. While no one is really convinced that the Academy members know what they’re doing, we all agree the organization is trying to become more mainstream again, even if the attempts are ham-fisted. People who really love the Oscars argue the ceremony shouldn’t be so obsessed with trying to snag casual viewers, and instead focus on giving movie buffs a satisfying show.

Before the new awards are able to do that, they’re going to have to transition from being so industry focused. In a food world so filled with lists and guides, the biggest challenge will be cutting through all that noise and establishing genuine authority—making people truly care what they deem to be the world’s restaurant of the year.

Long-Form Journalism
Lisa Abend “The Food Circus” in Fool magazine (Winner)
Helen Rosner for “What Jonathan Gold meant for food writing” in The New Yorker
Jonathan Gold for his obituary of Anthony Bourdain in the Los Angeles Times: “Anthony Bourdain Opened the Working Class Kitchen to the World”