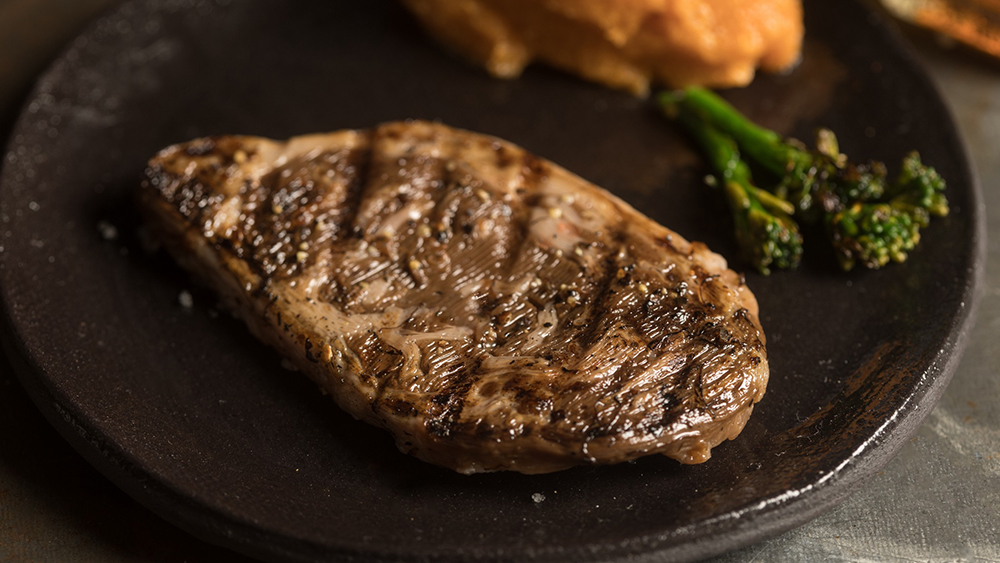 Holy cow! The world’s first 3-D-printed steak just made its sizzling debut and quite possibly set the meat industry on a new course.

The lab-grown rib-eye that hit the pan on Tuesday is the handiwork of Aleph Farms. The Israeli company, which aspires to shift the paradigm of meat production and consumption globally, first started working on its cruelty-free cultivated beef in 2018, but has scaled it up for mass production via the use of 3-D-printing.

The pioneering bioprinting technology, developed with research partners at the Technion Israel Institute of Technology, involves the printing of actual living bovine cells that are then cultivated in a lab environment to acquire the texture and qualities of a bona fide steak. This system, which is similar to the vascularization that occurs naturally in tissues, reportedly gives the meat the same shape and structure as the flesh found on a cow. This means it’s possible to produce large quantities of premium whole-muscle cuts without harming any actual animals.

Despite this somewhat clinical sounding process, Aleph assures the rib-eye has the same texture, taste, nutritional qualities and cooking behavior as conventional slaughter-based varieties. In fact, the company goes so far as to say it has all the attributes of “a delicious tender, juicy ribeye steak you’d buy from the butcher.”

“We recognize some consumers will crave thicker and fattier cuts of meat,” Aleph’s chief executive Didier Toubia said in a statement. “This accomplishment represents our commitment to meeting our consumer’s unique preferences and taste buds, and we will continue to progressively diversify our offerings.”

Indeed, Toubia told The Washington Post that the steak could eventually be tailored to a particular country or palate. For example, it could be made more or less tender, according to a consumer’s taste.

As for when it’ll hit pans Stateside, Toubia says the company’s first products will reach the marketplace in the second half of 2022—though it’s important to note that the Food and Drug Administration has yet to grant regulatory approval for the sale of cultivated meat, such as Aleph’s.

It certainly appears there’s an appetite for it. During the Covid-19 pandemic, meat alternatives have soared in popularity and plant-based products have started sprouting up all over the place, even in the fast-food space.

Moreover, a recent survey of more than 1,000 US adults, conducted by MRS research company for agriculture company Proagrica, indicated that 39 percent of American consumers have considered going vegetarian or vegan since the start of the pandemic. Another survey of 2,000 adults, conducted by market research firm OnePoll and Eat Just Inc., showed 60 percent found themselves transitioning to a plant-based diet throughout this period.

Now that’s some food for thought.