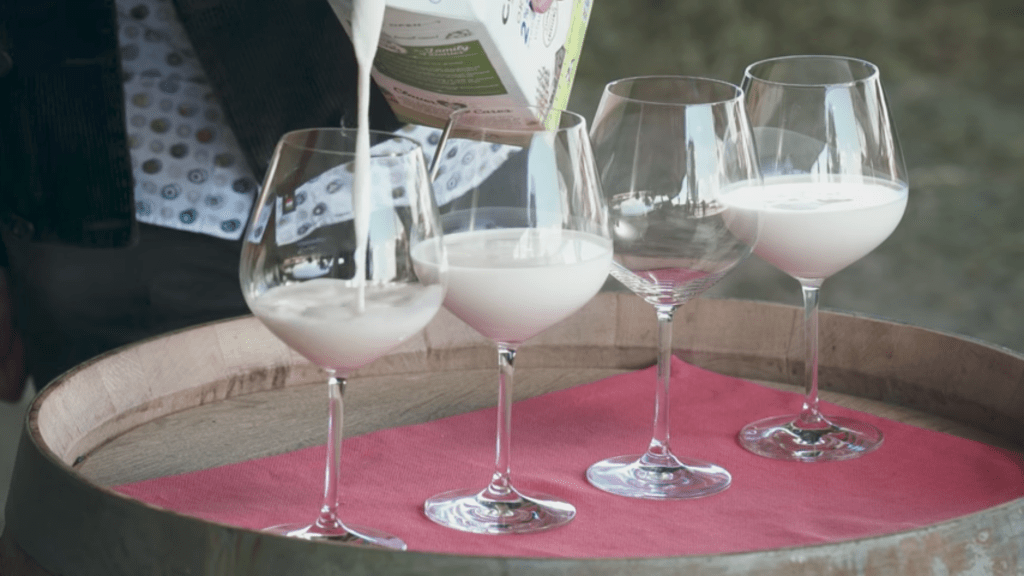 Bas de Groot has a vice.

“Yes, I’m crazy about milk—an addict,” he told a Dutch food magazine in 2015. “I used to drink about 4 liters a day. At breakfast, lunch, dinner—even when I was hanging out on the couch watching TV with a bag of chips, I drank milk.”

Though he’s no longer dwelling in the lowest depths of his addiction—he’s broken the 4-liter-per-day habit—de Groot remains enthralled with the bovine beverage. In fact, the trained organic grower has made it his life’s work to study the subtle differences in flavor from different cows and locales, dubbing himself the world’s first milk sommelier.

In a video produced by Great Big Story, de Groot ventures to Sonoma to meet with a dairy farmer. He explains what being a milk sommelier means and how what he does is similar to but different from the somms you normally find at restaurants.

De Groot’s conception of milk mirrors what most of us have of wine, believing that terroir matters. A region’s climate, soil, and surrounding flora will affect the end result we taste. “Milk and wine are both made from living products,” explains de Groot in the video. “One is made by soil in the plants. The other is also made by the soil . . . with the cow in between.”

The difference between de Groot and other somms is that he generally doesn’t work in restaurants advising diners on the best milk to pair with their chocolate chip cookies. (However, he does say Jersey cows from one Dutch region produce milk that make the best cappuccinos because it froths really well.) Instead, he deploys his honed palate to help farmers adjust their cows’ diets and to advise food companies on sourcing milk for their cheese and yogurt.

And what is de Groot’s drink of choice? When he can get his hands on it, he says the best milk is raw and full fat from grass-fed cattle. “This milk has the complete flavor with all its layers. It can be great or very bad, but you cannot say it is boring,” he says. You’ll nearly have to go straight to the dairy farm for that, but when you need your fix, you need your fix.