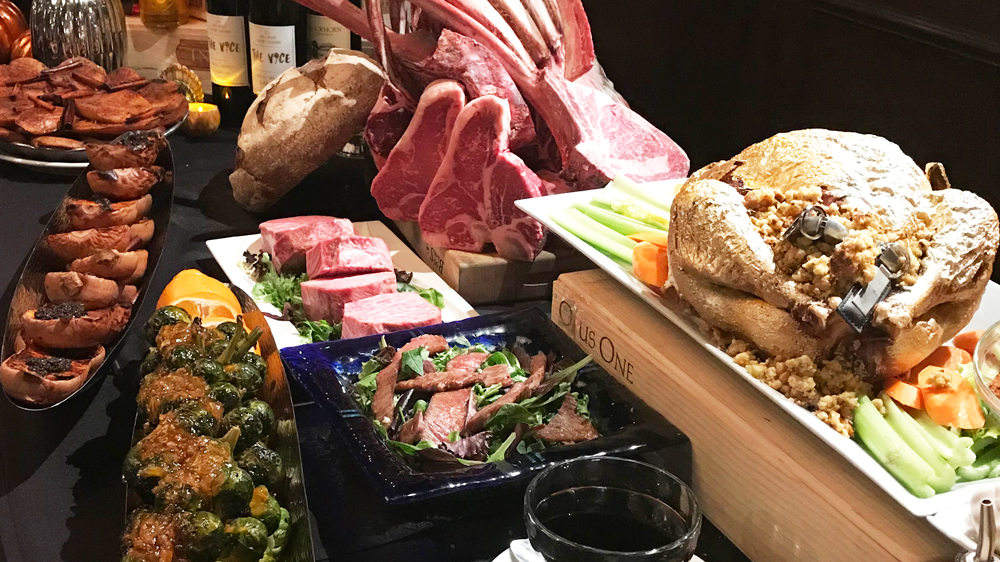 Thanksgiving dinner is a meal rooted in tradition. Across the country, those traditions vary, of course. In the South, the turkey may be deep fried. Up in the Northeast, it wouldn’t be out of place to find oysters in the stuffing. And in the Midwest, get ready for some crispy fried onions, cream of mushroom soup and green beans all crammed together in one casserole dish.

At America’s oldest continuously operating steakhouse, a new tradition has emerged. Old Homestead, which has been searing beef on Manhattan’s west side since right after the Civil War, has made a point of creating the most ludicrously extravagant and expensive Thanksgiving dinner each of the last few years. In 2017, that meant a $76,000 meal featuring dipping sauce infused with Louis XIII cognac, and mashed potatoes covered in caviar.

This year, in honor of the restaurant’s 150th anniversary, it has created a $150,000 meal for wealthy New Yorkers who don’t want to eat at home, but are still magnanimous enough to give their private chef a day off.

There are all the usual trappings of a restaurant trying to inflate the price of a meal: gold leaf on the turkey, caviar on the squash, and $2,500-per-lb white truffles in the stuffing. There were also some creative flourishes to tip the scales, including making the oyster mignonette with Opus One, finding a $35-per-oz. olive oil to baste the turkey, and using a $75-per-loaf sourdough bread from the UK to build the stuffing.

However, despite using expensive delicacies from around the globe to push the bill for the 12-person-meal skywards, there’s some artificial inflation happening with the price here. Among other non-turkey-feast-related items, the dinner comes with tickets to a Billy Joel concert, dance lessons at the Fred Astaire studio, a horse-drawn carriage ride in Central Park, access to the viewing stand for the Macy’s Thanksgiving Day Parade, and seats at a Dancing with the Stars filming. Oh, and the keys to a 2018 Maserati Levante are stuffed into the turkey. Honestly, it makes you wonder if there’s any honor left in the absurdly priced, gimmick-meal game.

We’re going to pass on purchasing the package this year. But if we were considering it, we’d tell them to keep the Billy Joel tickets and negotiate the price down to $149,950.